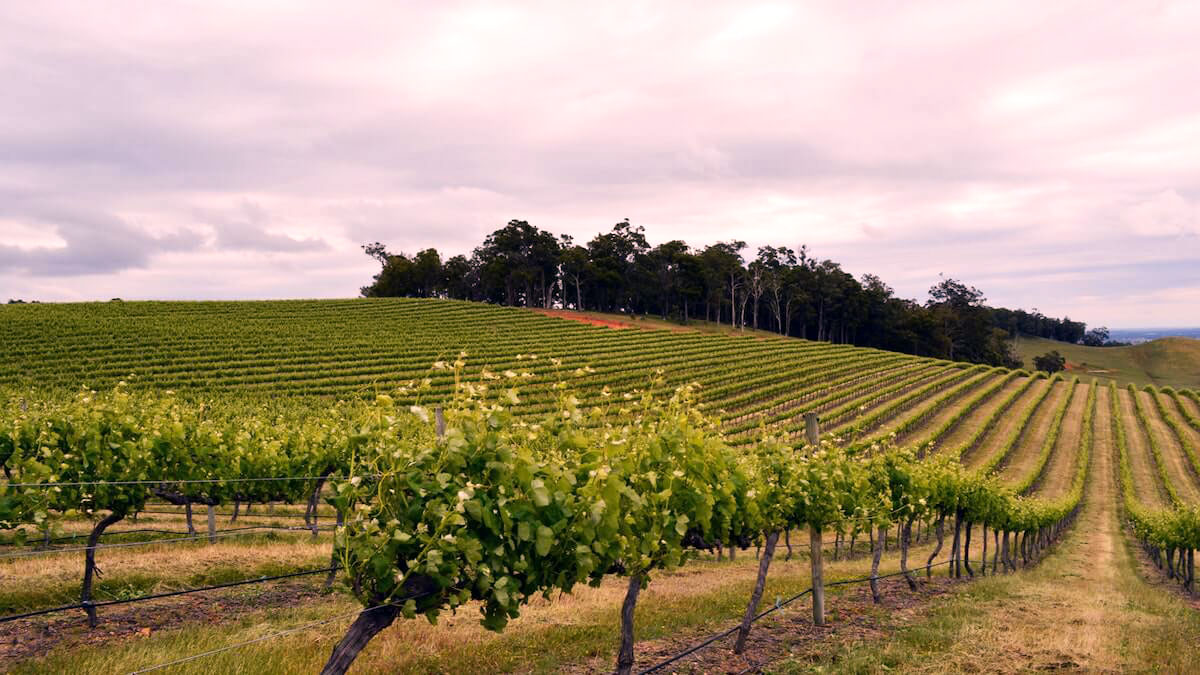 
Starting 1.5 hours south of Perth and stretching from the stunning coastline to the majestic rolling hills and native bush hinterland of Ferguson Valley, Geographe is one of WA’s most captivating and diverse wine regions. Home to more than 20 boutique, mostly family-owned wineries, the region is characterised by diverse micro climates as a result of elevated rolling hills, cool sheltered valleys and mild ocean breezes off Geographe Bay.

Filled with boutique wineries established by passionate local artisans, Geographe vignerons have utilised the expertise and plantings of the most prestigious global wine regions to handcraft wines that are fast gaining popularity, recognition and national accolades.

While the region produces exceptional Shiraz, Chardonnay, Sauvignon Blanc and Semillon, it is becoming increasingly known for some alternative, lesser-known Spanish and Italian varietals such as Tempranillo and Nebbiolo.

While there are no official sub-regions of Geographe, there are three quite distinct areas to visit.

The coastal area stretches past Bunbury all the way down to Busselton, with the lush, peaceful Capel River and the town of Capel at its centre. It is a place where you can enjoy the slow-pace and conveniences of coastal towns, enjoy the dawn and dusk gatherings of hundreds of kangaroos and swim with the resident bottlenose dolphins. Wholly maritime-influenced by the warm Indian Ocean, its climate is similar to that of the northern part of the Margaret River, although richer alluvial soils around Capel lead to exceptionally vigorous vine growth.

Further inland you can enjoy the regions that extend from the rural towns of Harvey and Donnybrook, cut off from the influences of the Indian Ocean by the Darling and Whicher ranges, with considerable diurnal temperature fluctuations.

Finally, there is the Ferguson Valley is the stunning hidden-jewel of the southwest, reminiscent of the rolling hills of England. Sparsely populated, it is home to more than 10 wineries and a population of more than 7000 gnomes, all to be found at Gnomesville. Early success with sauvignon blanc, shiraz, merlot and cabernet sauvignon led to rapid expansion in plantings within this area. The largest venture is Willow Bridge, with a 100-hectare vineyard and 2000-tonne capacity winery.

Now that Clarences and Five Bar have shut up shop, you may be at a loss for where to head for a celebratory glass of vino in Mount Lawley. Fear not – we’ve curated an up-to-date list of cosy wine bars that are sure to whet your palate on your next jaunt up Beaufort Street.