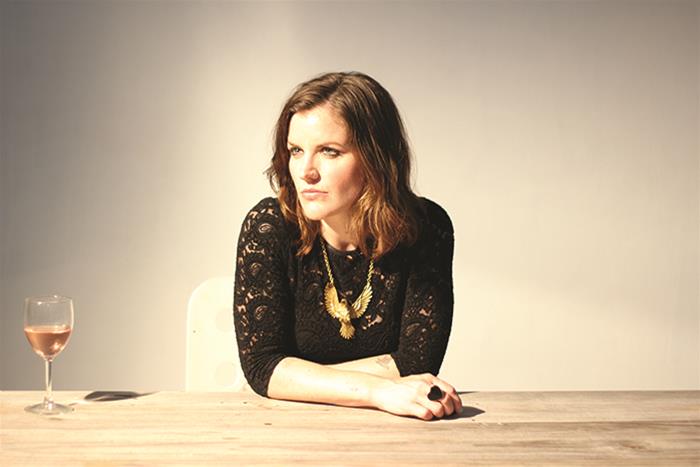 Ten Minutes with Abbe May

19 Aug, 2015
Web
Insanely talented Perth singer-songwriter Abbe May talks about how to get your mojo back when you’re painfully anxious, growing up in Bunno, and the cathartic powers of music.

You’re in Melbourne right now – what are you doing over there?
Well, I just landed and I’m currently in my partner’s kitchen, waiting to be fed. I’ve had a small sip of wine, and I’m about to do an interview. But in general, I’m in Melbourne for writing, developing concepts for my next videos, and, just because I can, a few regional shows to keep myself sharp.

You’re from the regions yourself, in Bunbury. What’s it like when you play there?
I was born in Perth but I grew up in Bunbury, so it definitely feels like going back to my childhood home when I go there. I really enjoy watching the city developing into this vibrant cultural hotspot. There’s a lot of great art, a lot of great kids.

You’ve had a bit of a change with your music lately, from real rock ‘n’ roll to a more electro sound. What was behind that?
My favourite artists are all fairly mercurial in the way they deliver their messages. For me, I thoroughly enjoy rock ‘n’ roll and I still play a number of songs from that era in my set, but I’m a constantly evolving person – to make the same music over and over again would be like a filmmaker making the same film over and over. Currently, I’m working on something even more different than the last one, with R&B vocals. I think if you live as an artist, which is what I’ve been doing for almost ten years now, you want be constantly evolving. Otherwise, what are you doing? I can’t imagine getting any catharsis from it. 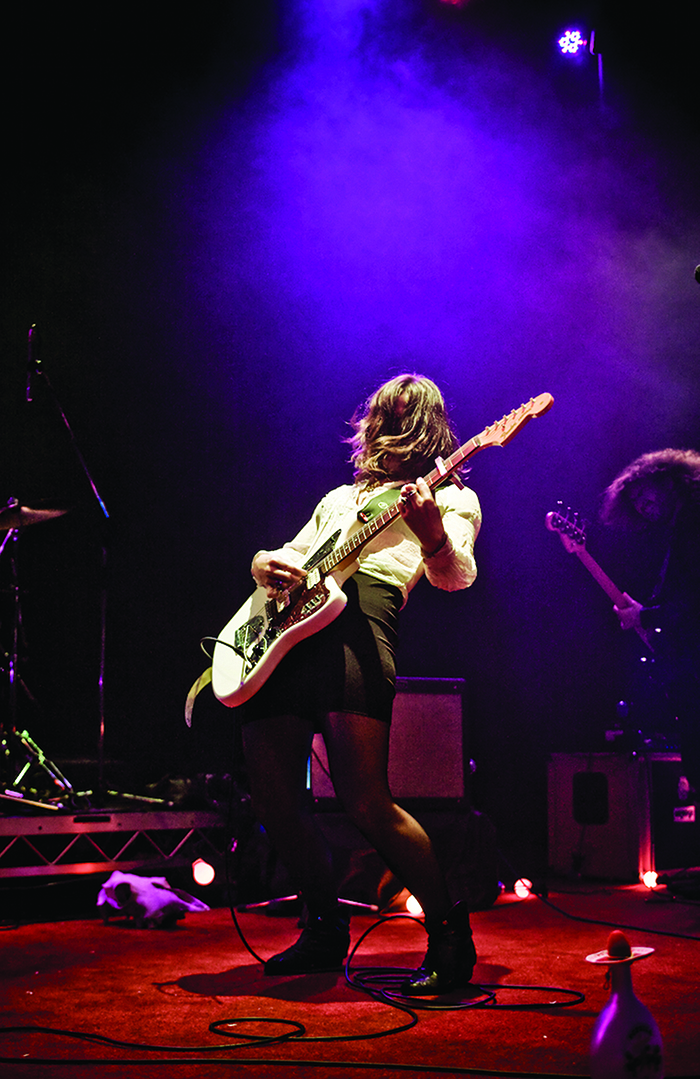 Is catharsis an important part of making music?
I’ve used music to release some demons, it’s a form of therapy. When I first started, I wrote a lot of Johnny Cash/Patsy Cline music with a bit of grunge to it, which helped me heal after the death of my grandma. Basically, it’s spend 40 grand on psychoanalysis or 40 grand on making the album; I’d rather make the album. It stops me from being really fatally depressed and unhappy.

Which songs do you turn to for inspiration or when you want to heal?
Currently I’m a bit obsessed with a band called Dead Can Dance and in particular their album Anastasis. I listen to it by myself on repeat constantly – I just really feel like those artists get what music is about. It’s about connecting people, not about the dudes in the suits behind the desks at the labels. I became kind of disillusioned with the music industry because I felt it was geared around selling women as sex objects, rather than being respected in their own right.

Did you ever feel the pressure to conform to a certain idea of sexiness?
I’ve never, ever thought I was particularly appealing or sexy or anything like that. It’s not on the agenda at all, but if people find me sexy, it’s flattering. I’m not a very serious person in real life, I love to make jokes and I love laughing, but when it comes to music, I am very serious about it. It saves lives.

You did a Facebook status last night saying you were “terrifyingly anxious”…
I do have a lot of that. It’s something that came to the forefront when I had a seizure about eighteen months ago, after the ARIAs. I had a really successful album release and I was frantically running everything. But my health really suffered. I ended up with an almost post-trauma level of anxiety that was debilitating, and I had to stop. So I went to Europe, and I floated around the Mediterranean for a bit, and I just gathered myself. It has taken me about eighteen months to be better, so my post was about coming out the other end. It’s been a slow process but it’s also been an amazing reminder that you’ve got to look after yourself and you can’t control everything. I feel fully formed again.
I feel pretty good.

Was part of that transitioning to a solo show?
Part of the process of getting better was cutting out everyone that I felt responsible for on the payroll. It was a huge amount of pressure. Luckily, the people I told I was doing solo shows are still my friends and we’ll probably collaborate again. But currently, I’m just playing solo. It’s not what you might think – I’m using samples and drum machines, I play guitar and sing, and it’s a real show. 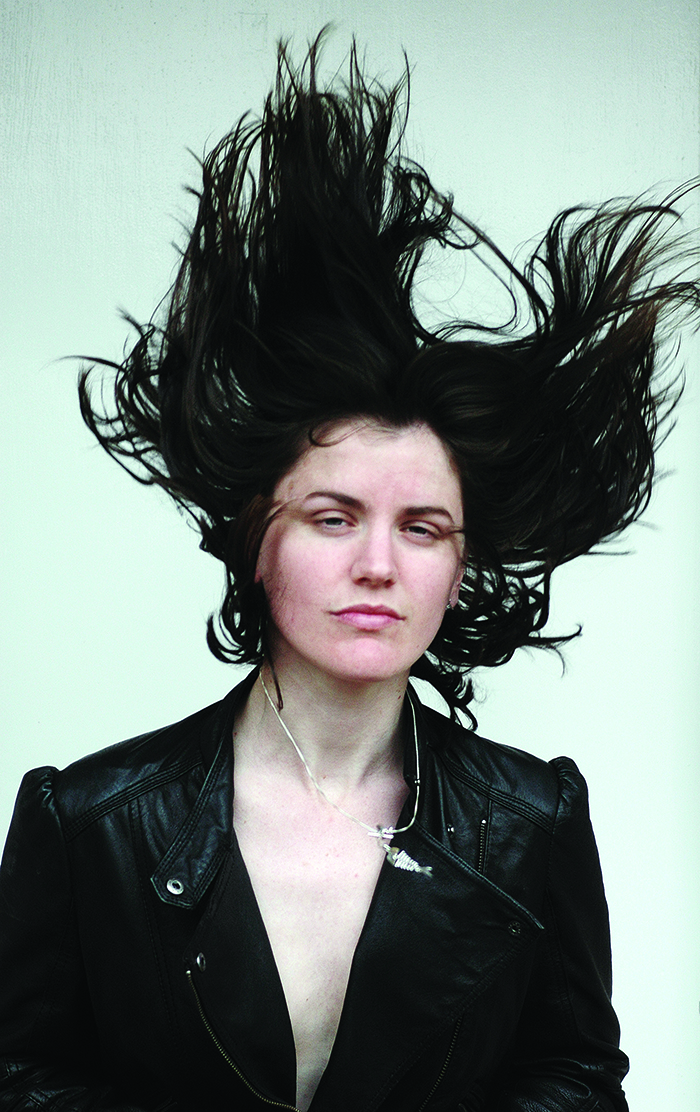 What about your brother [Douglas May AKA KT Rumble, a frequent collaborator]?
The door’s always open for Dougie. We played our last show together recently because he’s off to have a baby. I’m so excited I’m going to have another nephew; I’ve got a niece and a nephew currently. It’s pretty weird to think you can love someone more than yourself, and I can only imagine how much that would be multiplied if they were your own children, but I certainly do really love them. He’s gone on extended paternity leave and will probably be a stay-at-home dad for a while, but he has 100 per cent lifetime guarantee as a collaborator. You don’t just have that connection with anyone.

Is there ever any conflict or sibling rivalry?
A win for him is a win for me, and I know he feels the same way. Sometimes we fight, but it’s only about important stuff and we get over it very quickly. Mostly, we get on like a house on fire. He’s my best friend.

Just to satisfy my own curiosity… The video for your song Perth Girls plays homage to Robert Palmer’s video for Simply Irresistible – what was the story behind that?
When we put that song out, I’d just been nominated for an ARIA, so I thought let’s celebrate with a tribute to Perth. Then it became like a cross between David Lynch with elements of this Robert Palmer thing… (Laughs). I’ve been around the world and there aren’t many places with more beautiful woman than Perth. So that’s the ‘irresistible’ part.

So what are Perth girls like?
I like the directness of Western Australians in particular, not just women. There’s a down-to-earth quality. Perth is unlike anywhere I’ve been. You’ve got a really interesting and sexy mix, it’s full of beautiful people.