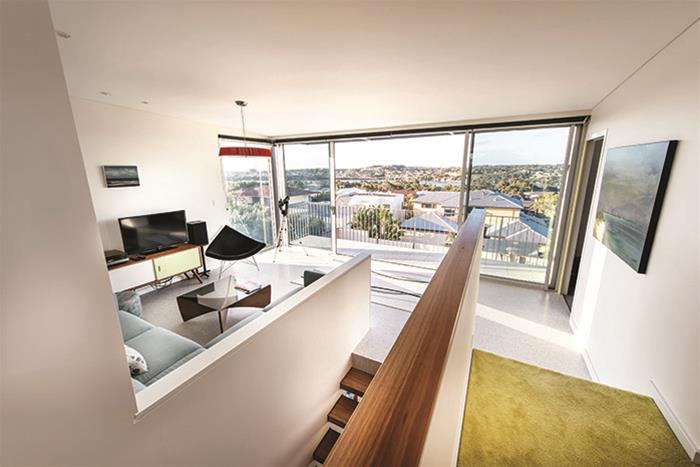 9 Sep, 2015
Web
The addition of a second storey to this Fremantle home opened up a fresh new aspect of the residence – and scored a nomination for a 2015 Australian Institute of Architects Award.

For the renovation of this 1950s home, which melded the old brick construction with an aluminium-clad, modernist extension, the architectural brief was driven
by two distinct factors: hedonism and environmentalism.

On one hand, the owners wanted to establish a parents’ retreat in which to relax and recover from the noise and needs of two adult sons, and which expanded upwards to claim a better view of the Swan River. On the other, they wanted an eco-conscious design that would not place unnecessary strain on the environment.

“The clients often half-joked about the potential to retire to the upper half of the house,” says Andrea Veccia-Scavalli of Matthews & Scavalli Architects, who designed the new floor. Built by Jon Challen, the second storey added a living area and balcony, master bedroom, ensuite and library. 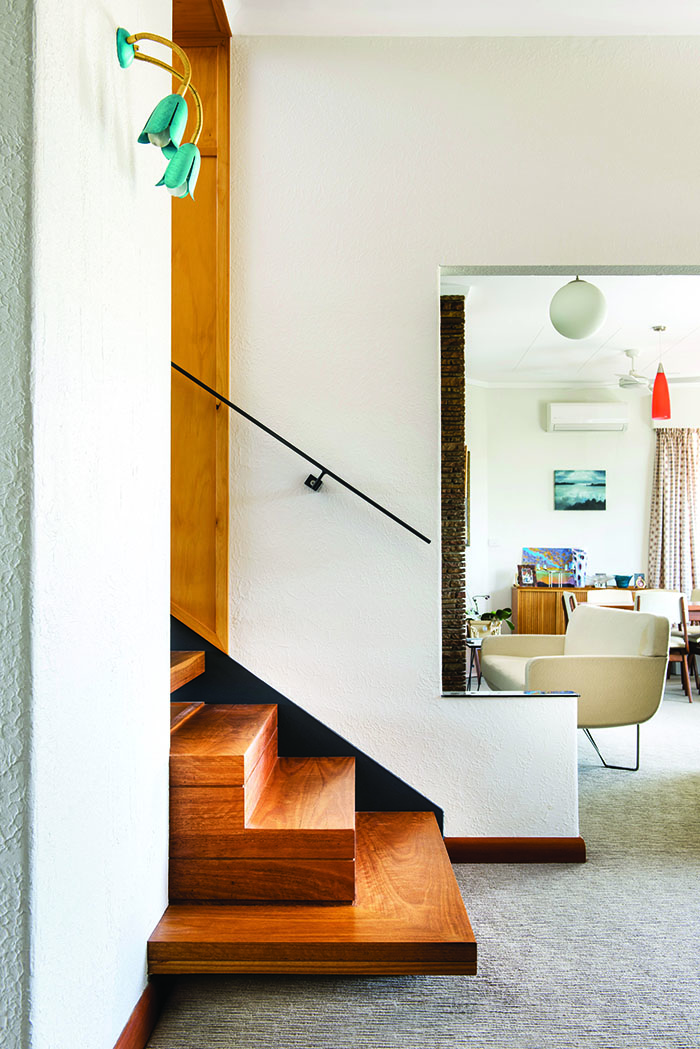 The blue tulip lights by the stairs were found underneath the house and anodised by an electroplater in Kelmscott.

“The clients wanted to stay in the area, they weren’t at all interested in bowling the house over,” Andrea says. “They found a certain amount of charm in the house, especially in terms of a kind of art deco-inspired residence.

“Also the clients have an aspiration for some form of sustainability – why go through the expenditure associated with completely demolishing something and building new when you could use the bones of the existing to build on top of?”

In order to build just one metre upwards, it was necessary for the owners to embark on a planning battle that took two years to resolve. The results, however, are more than worth the effort, giving the house a new lease on life. 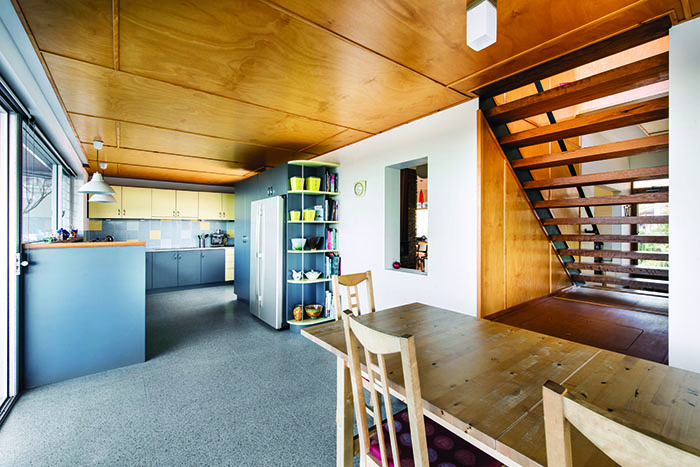 Concealed LED lights are placed on the perimeter of the panelling, to avoid drilling holes in the timber for downlights.

An open-tread staircase – one of Andrea’s favourite features of the build – matched existing wooden panelling in the home and encouraged the passage of some noise, facilitating open communication between the separate levels. But it’s the visual appeal that holds the most value.

“It’s magic, you walk up those stairs and the light hits you in the face straight away,” Andrea says. “The view completely explodes in front of you. It’s uninterrupted all the way to the other side of the river, and the closer you get to the window, the more of the city you see until you can see the entire city skyline.” 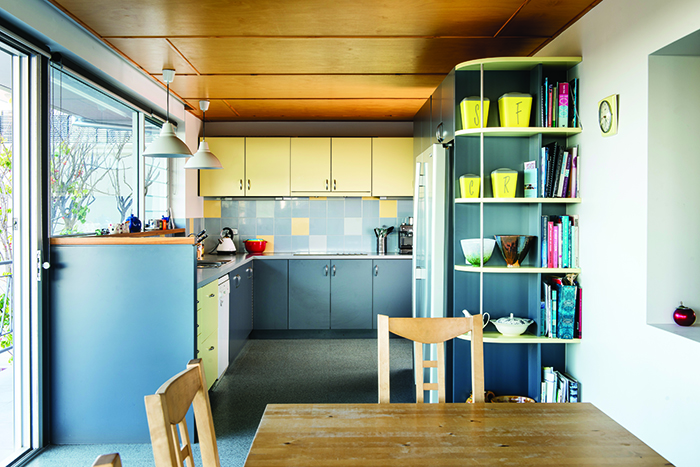 The timber roof panelling was one of the few changes made to the existing structure, and was installed to tie in with panelling in the lobby. “Sometimes it’s a bit too easy to put ceilings in, and paint them white and litter them with lights,” Andrea says.

But this effect was not to be achieved regardless of cost – eco-consciousness was also paramount. Glazing and sun-shading over the balcony, and solar panels on the roof would allow the build to be as environmentally friendly as possible.

“It’s designed so that, at noon in December, the summer sun stops right at the window sill, it doesn’t come inside,” Andrea explains. “In winter, however, the sun comes about three metres into the living space.” 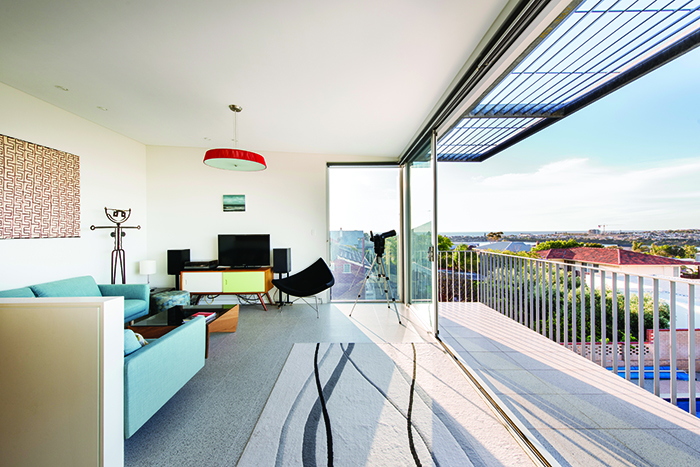 The telescope allows the family’s avid sailor to keep an eye on boats sailing along the river. The owners also spend time on the balcony observing Fremantle’s cranes in action.

The airflow through open windows evacuates the hot air during summer, and the concrete slab and terrazzo tiles act as a thermal mat in winter, eliminating the need for air-conditioning.

Filled with pieces from local Fremantle artists, including a painting of the balcony view by their builder Jon, the additional storey is already very much home.

“For them, it wasn’t a simple transaction of going to get a house done and seeking it for retail value,” says Andrea.

“They wanted to make an ongoing family home that was as familiar to them as putting on their favourite pair of tracky pants on the weekend.” 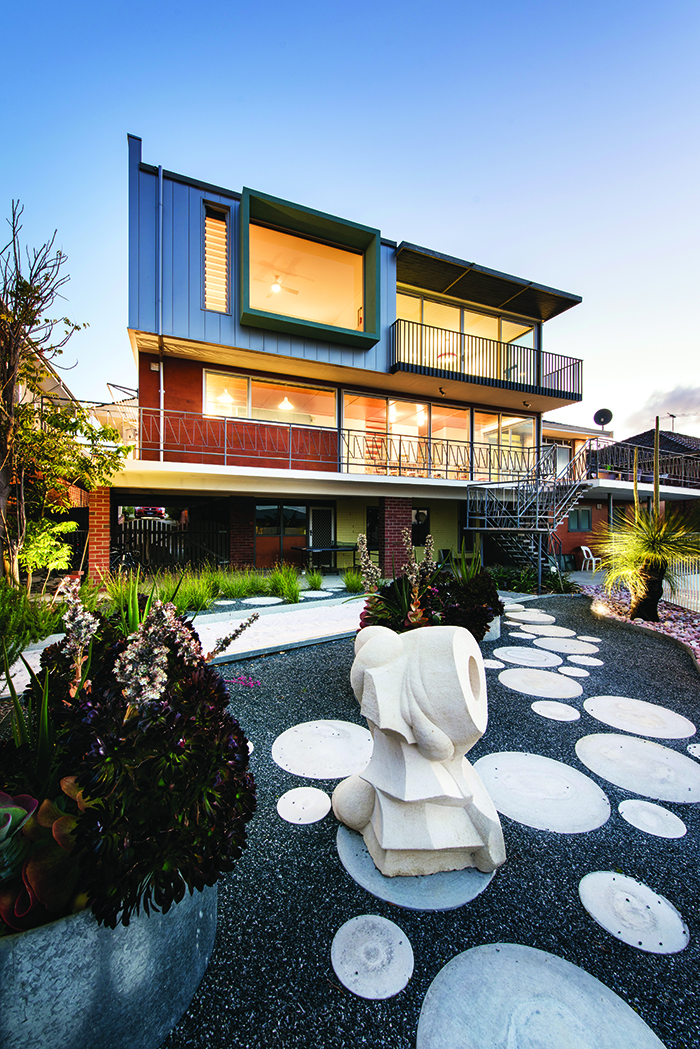 The circles in the garden are set off against the square structure of the home. The design is inspired by Brazil’s most famous landscape architect, Roberto Burle Marx. Andrea Veccia-Scavalli talks about the extension and its style.

When adding an extension like this one, is it important to distinguish between old and new?
We think that the existing house has as much of
a voice at the table as the new design. We’re always looking at that, in extensions like this. We allow some of the original fabric to stay there and be part of the conversation.

What’s your favourite aspect of the house?
My favourite is the collage that it’s created on the back side of the house. It’s an organised hodge-podge of existing stuff, the new landscape that has been put in, and then the new form on top.

Tips to recreate the style?
Trust in the authenticity of the material. We urge clients to accept the natural state of a material such as timber, brick or concrete and, where possible, not hide the inherent textures associated to the material quality.