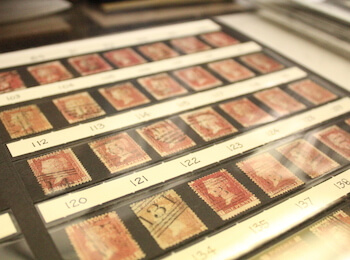 Tucked away in the laneway behind the Subiaco Bookshop, Faldor Stamps is one of just two stamp shops left in Perth.

Despite being only slightly larger than a phone box, Faldor Stamps is decked out with so many stamps that owner Bill Falconer has lost count, but it’s somewhere in the tens of thousands. The variety is vast, with stamps from virtually every country on earth dating back to the first ever year and place of printing, England in 1840. As with any kind of collecting, the rarer, the better. According to Bill, British and Australian stamps from prior to 1966 are the rarest and most sought after,

“That’s when we had pounds and shillings, so the currency is shown differently. After that, Australia Post printed them like crazy, so they’re not as valuable”

They’ve been in the business since the 1970s, having opened their first store in Mosman Park before moving to Coghlan road 30 years ago and then finally Rokeby road 15 years ago. For stamp enthusiasts, the Perth Stamp & Coin Show is not one to miss. Organised by the WA Philatelic Council, Bill and twelve other stamp dealers across Perth (who otherwise sell exclusively online) will each have a stall to display and sell their collectables. For details on the September 2020 show, see here.

Looking back 50 years ago, the world was inundated with stamp shops to keep up with local stamp collectors’ needs. Over the decades, the love for the hobby has been on the decline, meaning that many stamp shops had to shut their doors. Now, Faldor Stamps is one of the few left in Australia. If you’re an avid stamp collector or just starting out, you can’t beat Bill’s experience and knowledge in the world of stamps. 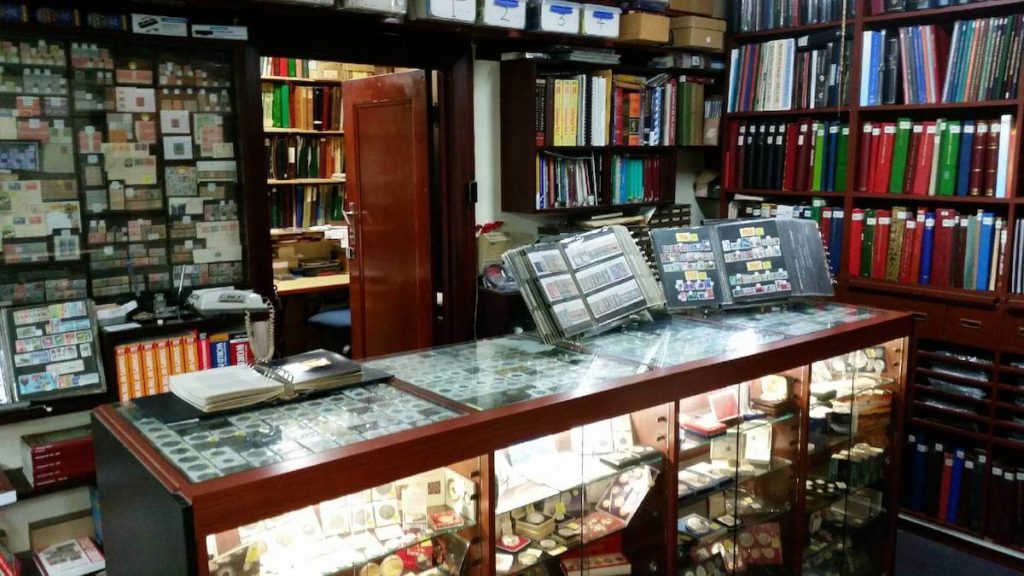 Hidden in an upstairs apartment-turned-shopfront is Smits Stamps & Coins, a stamp collector’s paradise that’s been in the business since 1973.

Owner Mickel Smits took over the business from his Dad in 1982 after he spent much of his childhood acting as the ‘front man’ of the shop along with his mother. A lover of stamps ever since, Mickel told us that stamps all have a rich backstory and can reveal the unique history of its place of origin,

“You can learn anything about the culture of a place from their stamps.”

Although they’ve always had clientele who shop in-store, they also had a big business in mailing out stamps back in the day. In a bit of a trust system, they would send out a package of stamps to their mailing list of collectors, who would then choose which they wanted and send back the leftovers as well as a cheque to pay for what they took. It’s hard to believe in this day and age, but Mickel told us they never had a problem with stealing! With quite literally hundreds of thousands of stamps in-store, Mickel told us he has the scarce WA Penny Black Swan stamp, which was the first stamp issued in WA back in 1854. As the name suggests, the stamps went for a penny back then, and were modelled after the world first Penny Black stamp out of England.

Having lived in a little shop on the ground floor of London Court for over 30 years, Smits Stamps & Coins shut up shop in 2007 and moved upstairs to the spot that was once their office and even further back in the day, an apartment.

Although they moved over a decade ago, people still come from far and wide to see the original stamp shop of London Court and often don’t realise that they’ve just moved upstairs. To find him, pop up the staircase (stairwell B) in the middle of the arcade to the first floor, where you’ll see his quirky shopfront and eclectic selection,

“When you walk upstairs it’s like a museum as well as a shop, it’s got a lot of character”

The local Whadjuk Noongar people have a deep connection to Wadjemup (Rottnest Island). Indeed, Wadjemup means ‘Place Across the Water Where the Spirits Are’. Their relationship with the island extends back thousands of years when low sea levels once joined Rottnest to the mainland. As well as its importance as an ancient fishing and hunting […]