The beauty and isolation of Dirk Hartog Island has lured Must Winebar chef Russell Blaikie back for more cooking adventures one of  WA’s most beautiful islands.

Must Winebar chef Russell Blaikie is headlining the first annual Gourmet Island Escape, held on the remote Dirk Hartog Island, on the north west of the WA coast.

As part of the Gascoyne Food Festival, Blaikie will create a local seafood paella over an open fire, then a long-table lunch, ‘On Dirk’s Dinner Plate’, at the Dirk Hartog Eco Lodge. This year, day trips to the island from the town of Denham are being run as part of the event, a novelty for locals used to packing the 4WD or the boat for a long camping expedition to the remote ecotourism destination and national park.

For the Dirk Hartog events Blaikie will be using fresh local seafood, a 14-hour slow-cooked “Rangelands” beef rib and a wild goat grazed on coastal scrub which is caught and fattened on feed, creating a tender meat which, Russell says, is ‘just bloody delicious’.

‘The reason I do these events and festivals is that you get to find these incredible, passionate producers and then you get to go and tell the world about it,’ he says. ‘I think the WA government is really starting to understand the value of culinary tourism, especially when people see the pristine environments this produce comes from.’

‘You stand on these 600 foot cliffs and feel like you’re on the edge of the earth,’ Russell says Dirk Hartog Island. ‘It’s this really rugged frontier with a breathtaking beauty. Then you come back to the Eco Lodge and Tory brings out some amazing food and you sit and watch the sunset over the bay.’

Eco Lodge host Tory Wardle and her husband Kieran have been de-stocking the former pastoral station for decades to make the island an ark for native wildlife and wildflowers. Their son, 14-year-old Will Wardle, is a keen photographer and produces a range of incredible images inspired by this beautiful landscape.

For the past nine years the annual Gascoyne Food Festival has celebrated the produce and producers of WA’s northern food bowl. It’s the perfect spot for growing, as the location by the Gascoyne River and the climate means the region provides sun-ripened local fruit and veg even in the middle of winter.

Blaikie, originally from Cowaramup in WA’s South-West, has a long family history travelling to the Gascoyne region, and remembers always ‘stocking up on fresh beautiful sun-drenched Carnarvon produce. That was our paradise, that whole region,’ he says.

‘I wish when people got out of their car in Carnarvan they would visit these producers and plantations and talk to the growers. It’s rustic but these growers have a real passion for what they’re doing. And you know when you bite into a tomato from the Gascoyne you’re tasting the sun.’

He recommends visitors to the area drop in and try Morel’s Orchard, known for their frozen bananas and strawberries dipped in chocolate, and Bumbaks, famous for their preserves and icecreams. The area is also home to the biggest owner operator in the Shark Bay prawn fishery, Mareterram Fishing, who own the Norwest brand famous for its western king prawns and brown tiger prawns.

The festival itself features a range of events including a Long Table Lunch at Bentwaters Plantation, a Surf and Turf on Sunrise Beach with chef and seafood ambassador Peter Manifis and an Outback Dining Under the Stars event at the foot of Australia’s biggest rock Mt. Augustus, with food by Don Tapa executive chef Stuart Laws.

Gascoyne Food Festival runs from August 6 to 19. Find out more.

Image by Will Wardle 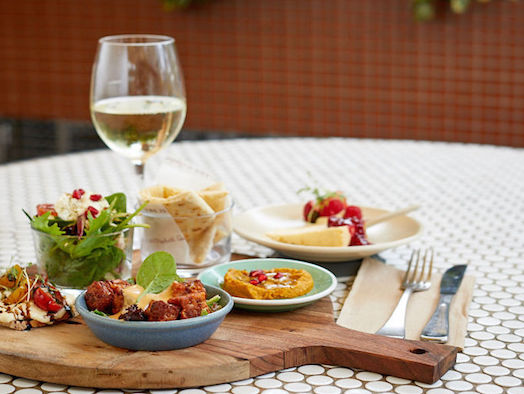 Finding a way to work a proper lunch into a busy schedule can be a challenge, especially if you are after something a little more decadent than a quick sandwich or last night’s leftovers. But being time-poor doesn’t have to mean compromising on flavour; there are plenty of fantastic restaurants and eateries in Perth that […] Chocoholics unite! These top-rated chocolatiers are sure to have just the thing to fulfil your sweet desires and satisfy your cocoa cravings.