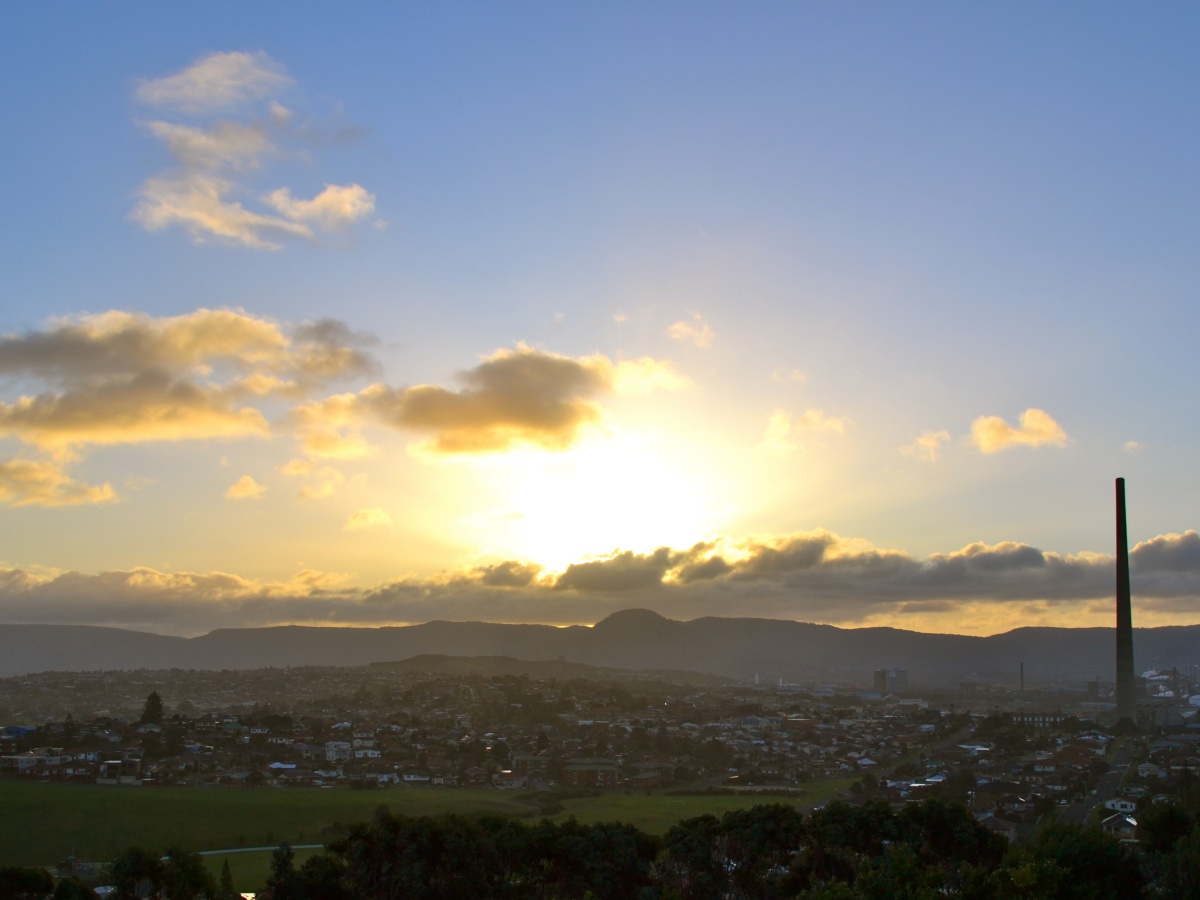 Port Kembla is a suburb of Wollongong 8 km south of the CBD and part of the Illawarra region of New South Wales.

Port Kembla is a suburb of Wollongong8 km south of the CBD and part of the Illawarra region of New South Wales. The suburb comprises a seaport, industrial complex (one of the largest in Australia), a small harbour foreshore nature reserve, and a small commercial sector. It is situated on the tip of Red Point: its first European sighting was by Captain James Cook in 1770. The name "Kembla" is an Aboriginal word meaning "plenty [of] wild fowl". # History Before Port Kembla was an industrial suburb of Wollongong, it was a town with a remarkably self-sufficient society, a growing commercial centre, and a vibrant civic life. Town subdivision began in 1908, and by 1921 there were 1622 residents. Economic expansion propelled further population growth. Port Kembla derives its name from its proximity to Mount Kembla. ## Industrial change A copper smelter and refinery, the Electrolytic Refinery and Smelting Company of Australia, began production in 1908, followed by the opening of Metal Manufactures in 1917 and finally the arrival of the Hoskins Iron & Steel Works in 1927. The works became Australian Iron & Steel the following year. By 1947 the town's population had increased to 4,960 with smaller satellite suburbs such as Cringila and Lake Heights, mushrooming on its fringes. That year, 1947,marked the climax of a local campaign for municipal autonomy which was ultimately thwarted by the creation of a Greater City of Wollongong. In the post-Second World War period there was an inexorable decline of a 'Port Kembla' society as local town boundaries were slowly but surely absorbed into a more Wollongong-focused or regional identity. ## Cultural diversity Despite the decline from the heyday of the 1920s, the town experienced major social and demographic change in the 1950s and 1960s. Waves of migrants, mostly from the United Kingdom, Italy, Macedonia and Germany, moved to the town. During this period, Port Kembla was on the cusp of changes affecting Australian society generally as new ethnic and cultural influences found a place in local society. With its long migration history accommodating waves of migrant workers and their families, Port Kembla is still one of the most culturally diverse suburbs in New South Wales. ## Hill 60 Port Kembla's highest point, Hill 60, overlooks the Five Islands and Red Point. Hill 60, originally the site of an Aboriginal settlement, was used by the army during World War II to make a coastal gun emplacement known as Illowra Battery. In September 1942, Aboriginal inhabitants were forcibly evicted from the area. It has remained in the army's ownership and is now a public lookout reserve, despite a vigorous campaign to return some of the land to its Aboriginal owners. Although not technically open to tourists, the tunnels are open, and can be explored by foot. The entrance to the tunnels is located almost under the coastguard tower on Hill 60, and can be seen down the left when standing at the information board, facing southeast. ## HMAS Adele loss On 7 May 1943, Australian steamer Adele struck the breakwater at Port Kembla and was subsequently declared a total loss. The wreck of Adele is protected under the New South Wales Heritage Act, 1977. ## Union Protests Port Kembla was the site of the Dalfram Dispute in 1938, where unionised dockworkers refused to load pig iron onto a ship heading for Japan after the Nanking Massacre. In 1974, a green ban was placed by the Builders Labourers Federation against high rise development and for the reclamation of the beach to be made a parkland. # Weather Port Kembla has a warm oceanic climate (Cfb) with humid summers and mild, crisp winters. The suburb enjoys abundant sunshine, getting 111.4 clear days, annually. # Things to do