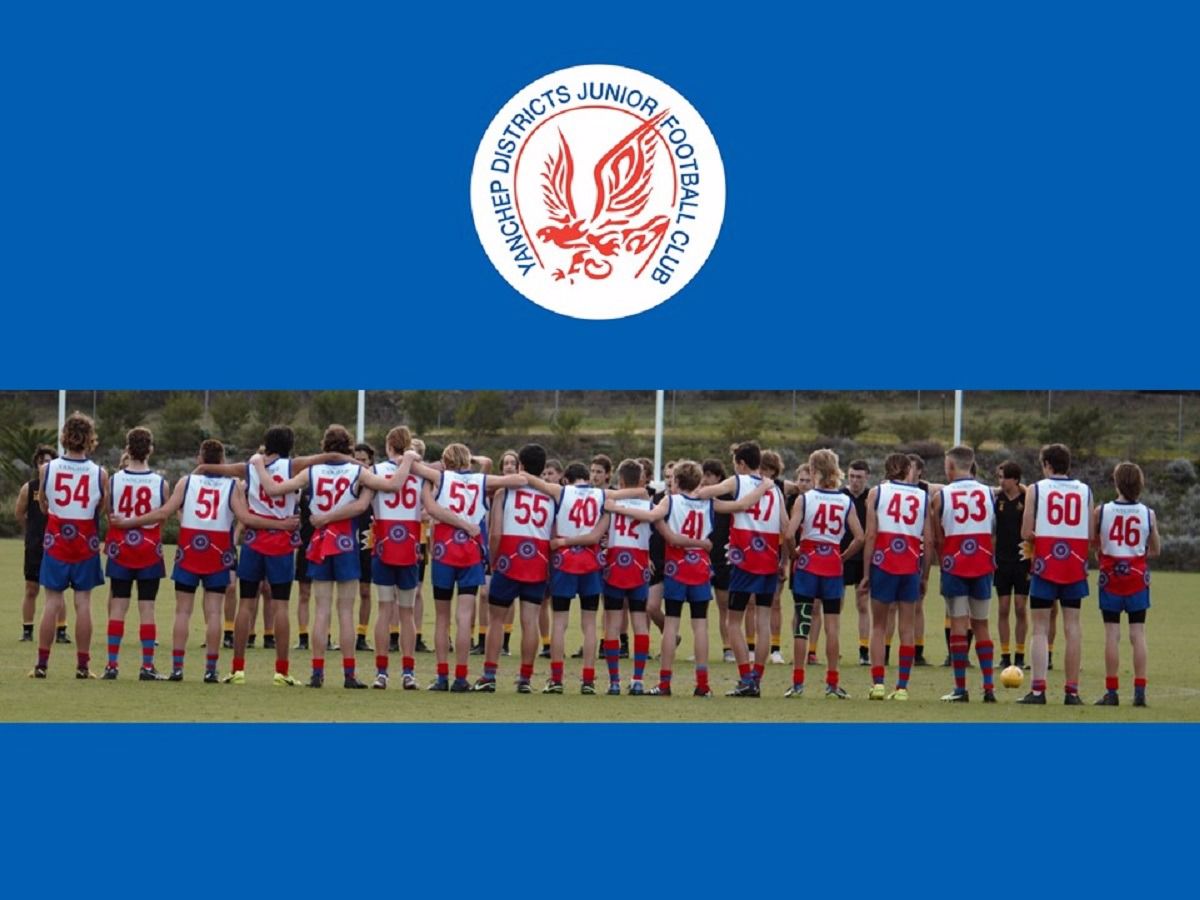 YDJFC ‘Redhawks’ is a local junior football club of Yanchep and surrounding areas in Perth’s Northern Suburbs. Our programs include Auskick, PP-Year 2 and Junior, Year 3+ for girls and boys

The Yanchep Districts Junior Football Club (YDJFC) was established in 1993 as a free ball (Auskick) centre by Mr Graham Hailstones (Life Member) as Sun City Dolphins; progressing through the years until 2000 when our small country styled community football club changed it's name to Yanchep Districts Junior Football Club, commonly known as the Junior Redhawks. The YDJFC continues to grow and compete against the much larger clubs within the West Perth District. 2010 saw the 13's team win the clubs first premiership flag and the 14's team with the runner up premiership flag. In 2011 the 14's once again won the runner up premiership flag. In 2012 the club had grown enough to allow for 8 teams to be registered for competition (year 4 -11s) and had an estimated 80 Auskicker's.