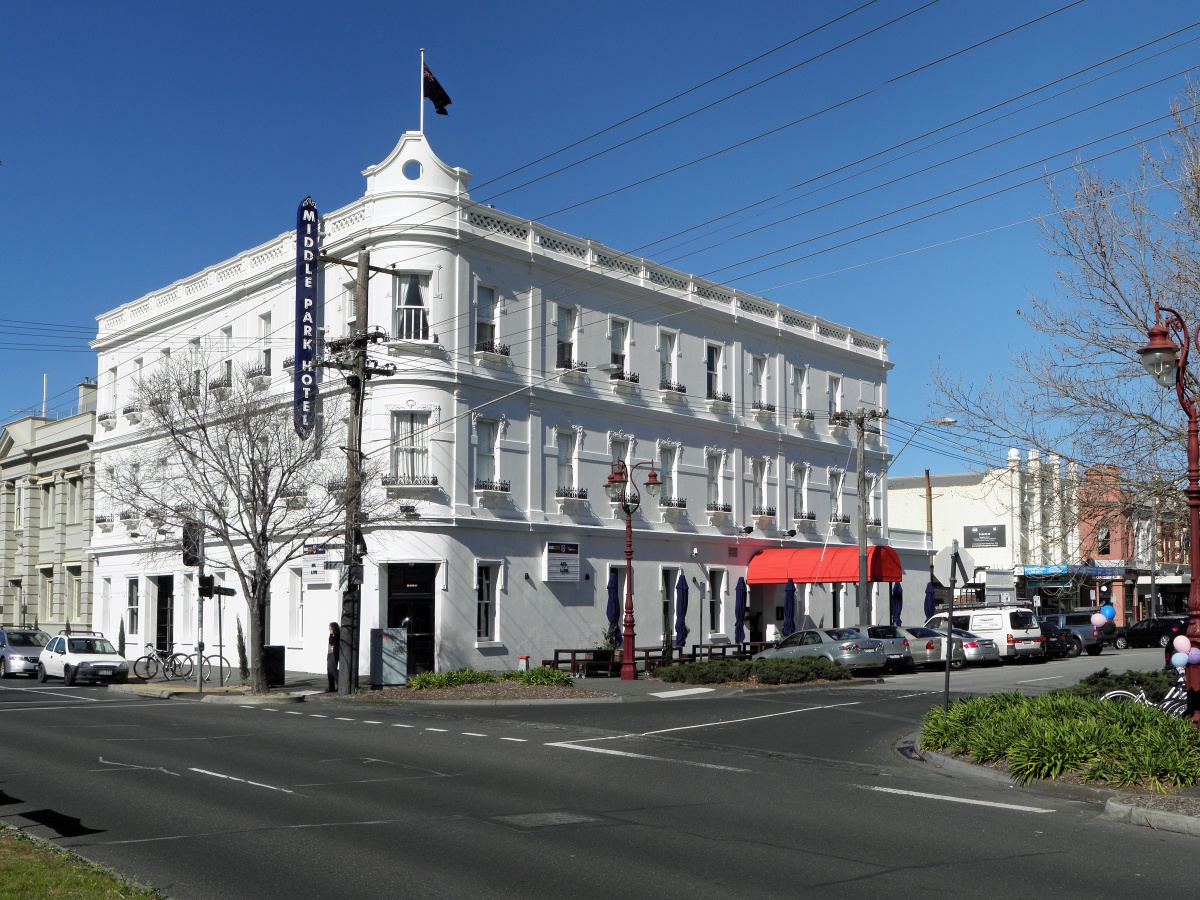 Middle Park is an inner suburb of Melbourne, Victoria, Australia, 5 km south of Melbourne's Central Business District. Its local government area is the City of Port Phillip.The population estimate for Middle Park as of the 30th June 2019 is 4,682. Since the previous year, the population has grown by 3.57%.It is located between Port Phillip and Albert Park Lake, which is about halfway across the western side of the Albert Park Reserve (a state park), hence the name "Middle" Park. It is bordered by Canterbury Road to the east, Mills Street to the north, Fraser Street to the south and Beaconsfield Parade to the west. Middle Park, along with neighbouring Albert Park, contains some of the best preserved terrace house and Victorian architecture in Melbourne and is part of a strict heritage-conservation area. Many of the terraces line Canterbury Road, along the former railway line, which now has several more tram light rail stops since it was converted to tram use in 1987. Others are along the main shopping street, Armstrong Street. The fine old buildings and development restrictions in the area and new developments are generally sympathetic to the prevailing style, driving up real-estate prices dramatically, in marked contrast with neighbouring St Kilda. # History # Weather # Things to do Middle Park Hotel is a large Victorian hotel building on the corner of Canterbury Road and Armstrong Street. Built in 1889, it features wrought-iron lacework. The building was modified in the 1950s: decorative urns were removed, new doors were added, and windows were bricked up. Following a refurbishment in 2001, it was renamed the Gunn Island Hotel, in a reference to the island within nearby Albert Park Lake. Following another refurbishment in 2009, the hotel resumed trading under its original name. It provides bars, dining and accommodation facilities. It had a further refurbishment in early 2020. The Carmelite Roman Catholic Church was built in November 1891 by the Carmelites. It is a red and buff brick building with cement facings, built in Gothic style with a tall belfry at the south-east corner. The church features a large pipe organto accompany the singing of High Mass on Sunday mornings. It is the only Christian church in Middle Park as all the Protestant churches closed over the last few decades. Middle Park Primary School opened on the corner of Richardson and Wright streets in 1887, with an initial enrolment of 600 students. The heritage school buildings are classified by the National Trust. The school has a relatively small catchment area bound by Kerferd Road, Beaconsfield Parade, Langridge Street and Canterbury road, with an extra section bound by Ferrars Street, Bridport Street into Albert Road and along Queens Road. Sam Newman's Metro Housenear Middle Park in Canterbury Rd, West St Kilda. This modern house has an impressive large glass mural of Canadian actress Pamela Anderson on the garage door. The house is one of about 200 Metro houses built on railway land between the now light rail line and the road in West St Kilda near Middle Park during the Kennett government era in the early 1990's.