30 Nov, 2015
Web
Vivid green hills give way to breathtaking, rugged coast, and an elegant heritage town with a plethora of food and wine, and a vibrant arts hub. this is Albany, a diverse destination guaranteed to delight thrill-seekers, foodies and families.

A little extra driving through the scenic southwest brings you to the stylish seaside town of Albany. WA’s oldest port is now held in high regard as one of the state’s most breathtaking and versatile holiday hubs.

Boasting some of the state’s premier attractions, you’ll want more than just a few days to explore national parks and beautiful beaches around the bustling port.

The journey south towards WA’s first European settlement gives you a glimpse of things to come, as you pass picturesque forests, farms, vineyards and fields. Visit one of the five local wineries to sample superb wines and some tasty treats – you'll be treated like royalty.

With around 35,000 residents, the city sprawls, but there’s an abundance of excellent attractions in its CBD. Get your bearings by walking or cycling the 3km path that runs from the city harbour along iconic York Street, its historic buildings now playing home to bustling bars, boutiques and cafes.

Experience the legend that shaped a nation at the acclaimed National ANZAC Centre, a museum that commemorates Albany’s special place in the history of the First World War, giving visitors a deeply personal connection with the spirit of our brave soldiers.

Away from the CBD, Albany is a city surrounded by truly stunning nature. Get the wind in your hair and sun on your back on dramatic peaks and rugged coastlines. The land here is a vast, untouched panorama of beauty that feels like it’s your own to personally peruse.

Splash about swimming, surfing or fishing one of the many beautiful breaks along the rugged coastline, or watch humpback whales, dolphins and seals frolic at their favourite breeding spots.

There’s a plethora of national parks to admire in every direction, a dazzling display of diverse flora, and a bevy of bird-watching sites among beautiful natural coves, ranges and rivers.

Step it up a gear and get off the beaten track for 4WD adventures, bike paths past breathtaking beaches and bush land, or mountain biking and hiking along the Bibbulmun Track, Munda Biddi trail and other specialty tracks.

Deep-sea enthusiasts can also sink beneath the waves on the HMAS Perth wreck, or snorkel at Whaler’s Beach at Frenchman Bay.

It’s a lot to take in, so plan ahead, and give yourself plenty of time…

This stunning reserve, 35km east of Albany, boasts idyllic swimming, fishing and beach-walking experiences, not to mention the noisy scrubbird, whose calls are particularly poignant during mating season (May to September).

It is also home to Little Beach – along with Waterfall Beach, it boasts sheltered, shiny waters that are a must-visit during the warmer months.

With massive granite outcrops, sheer cliffs and the famous rock formations of The Gap, The Blowholes and Natural Bridge, this rugged national park 10km south of Albany draws visitors to its wave-carved spectacles. There are lookouts and walking trails, and you can even spot whales from the cliffs.

View The Gap and Natural Bridge from the spectacular (and safe) new lookout platform, while new site information for visitors and wheelchair-accessible path networks enhance the viewing experience. 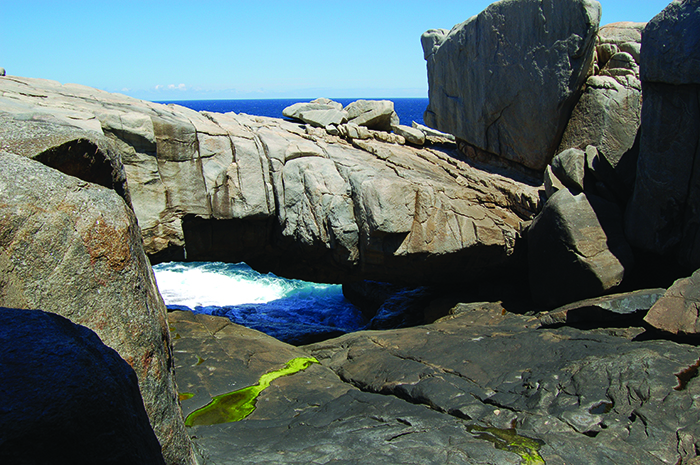 West Cape Howe is one of the most extreme, yet totally serene pieces of coastline you’ll see. This landscape, 30km west of Albany, is the most southern point in WA, with dramatic sheer cliffs of granite and black dolerite battered by the Southern Ocean, rugged limestone outcrops, isolated golden beaches, and rock islands. Some 500 species of plants and 50 species of orchids are found here, including a few carnivorous plants, yet it attracts campers, bushwalkers, fishermen and adventure-seekers alike. Some sites require a 4WD, while 2WD vehicles can access the park via Shelley Beach Road, a prime launching site for hang-gliders. The beautiful Shelley Beach area is great for fishing and camping, with the nearby lookout offering super views. Bushwalking along sandy tracks, you’ll see dolphins, seals and sea lions from the cliffs, along with humpback and southern right whales during winter and spring.

TIP If driving a high-clearance 4WD sounds too difficult, let someone else sort it out, and jump on the 4WD eco tour. Apart from seeing things you’d probably never find yourself, it’s also lots of fun.

Home to Australia’s last operating whaling station, Discovery Bay is
a truly unique tourism destination, its history now captured in Albany’s award-winning whale museum. The facility also features a stunning Botanic Garden of Australian plants, and Australian wildlife exhibits, not to mention one of the best views in town from the restaurant. Guided tours are included with admission, or go at your own pace, following the informative displays past the plants and animals.

There are plenty of trails further out from the city centre or close to town.

In Albany, the fish are biting all year round – talk to the local tackle shop to gauge when to cast a line, and how best to reel them in. 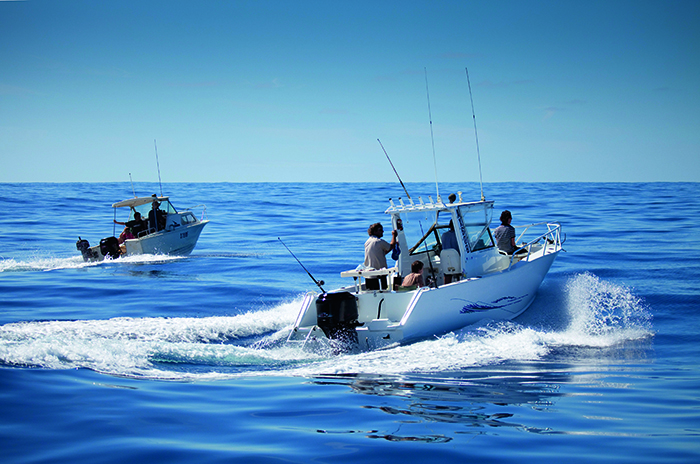 Albany is the traditional home of the Minang Noongar people. When the settlement at King George Sound was established in 1826, the Minang people established a relationship with European settlers in a period of harmonious co-existence. Albany’s emerging Indigenous art scene offers real insight into an ancient culture, with galleries open around town.

Australia’s foremost museum honouring the ANZAC legend opened with a stellar ceremony late last year (100 years after the first convoy of soldiers left Albany), and it's been pulling crowds ever since.

Set within Albany Heritage Park, the $10.6 million centre allows visitors to assume the identity of one of 30 ANZAC characters, and to walk in their shoes. Experience World War I,from recruitment through training and embarkation, to engagement in conflicts in the Indian Ocean, arrival in Egypt and then on to Gallipoli, the Palestine and Sinai, and across the Western Front. The stories are told through interactive multimedia displays, poignant artefacts, rare images, and film- and audio-commentary, before concluding with a remembrance gallery where you can discover each ANZAC's fate. Visitors can document their feelings about the stories through a special interactive display. 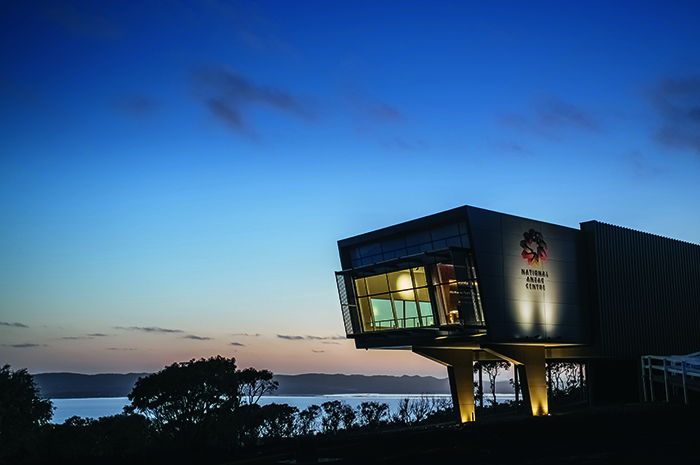 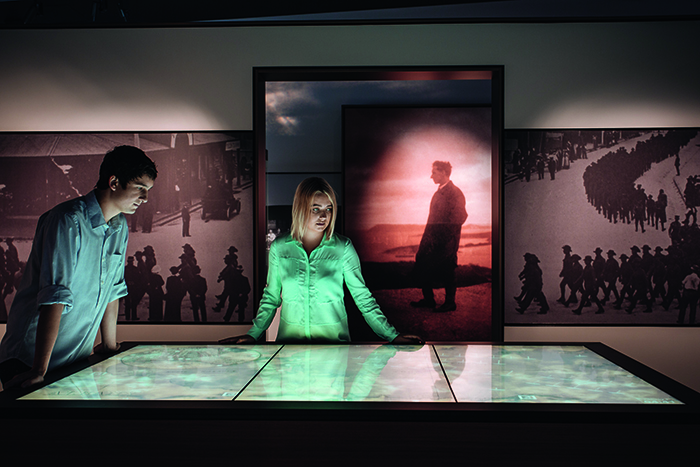 Inside the ANZAC Centre.

Scoop staffer Amanda Houghton “If visiting the National ANZAC Centre, don’t miss the scroll with the love notes from the soldiers to their girlfriends and wives. It reminds me of my grandfather, veteran Roy Trott, who survived a WW2 plane blast that killed everyone else in his platoon. He volunteered at the original ANZAC point – the Princess Royal Fortress – back when you’d pay a gold coin to see the cannon. I took him to see the new memorial and plaques, and he found the names of friends who died. He passed away two weeks later, aged 91.” 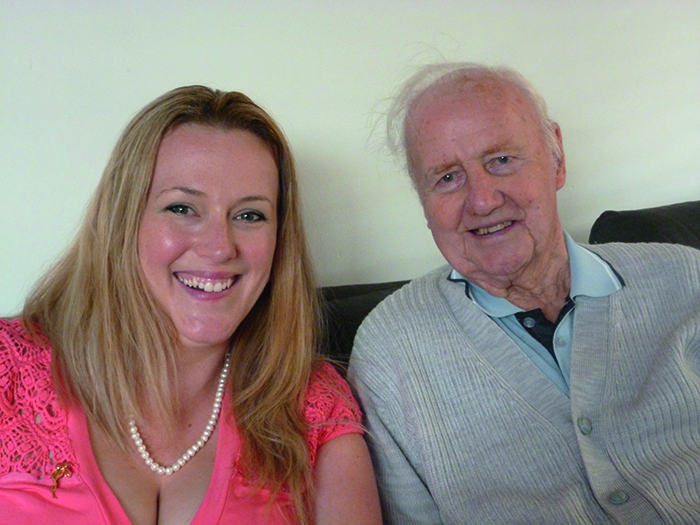 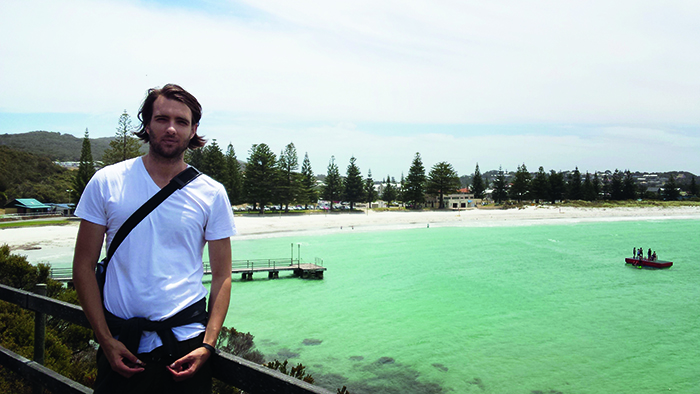 TAKE TO THE SEAS

Albany has a rich history as a port town, and is still home to passionate sailors and seafaring types. A full season of events, like the Fremantle to Albany Race, brings yachties ashore from around the country, but you don’t have to know the ropes to get involved. Why not charter a yacht with Albany Yachts and explore the islands and historic coastal features of King George Sound? Whale-watching tours run all winter through Albany Whale Tours, or you can take a marine or coastal wilderness cruise. For something on the romantic side, put the summer breeze to good use on a picturesque twilight cruise from the twinkling harbour. 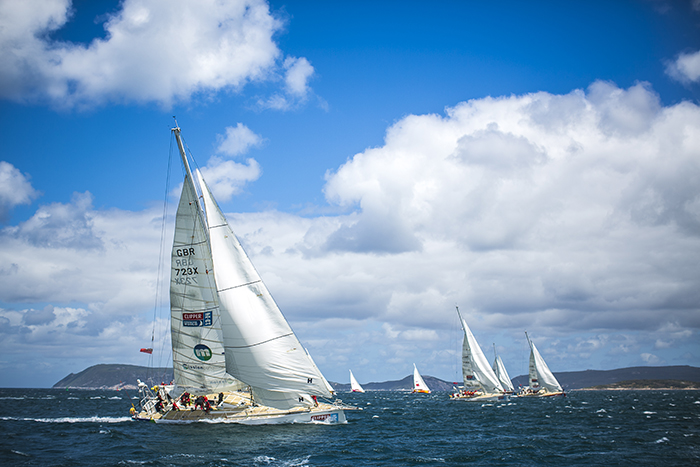 Aside from one set of traffic lights on its outskirts, Albany has none. You'll find the city dotted with large roundabouts, and inhabited by careful, friendly drivers.

DROP IN ON THE LOCALS

Dennis Wellington, Mayor of the City of Albany

Pop in and grab the 10 Great Rides brochure, with amazing Albany
rides for all ages and abilities, be it a family or a solo expedition.

Taste Great Southern
This four-week celebration of the region’s best offerings, featuring vineyard events and culinary attractions, is not to be missed. Mar. 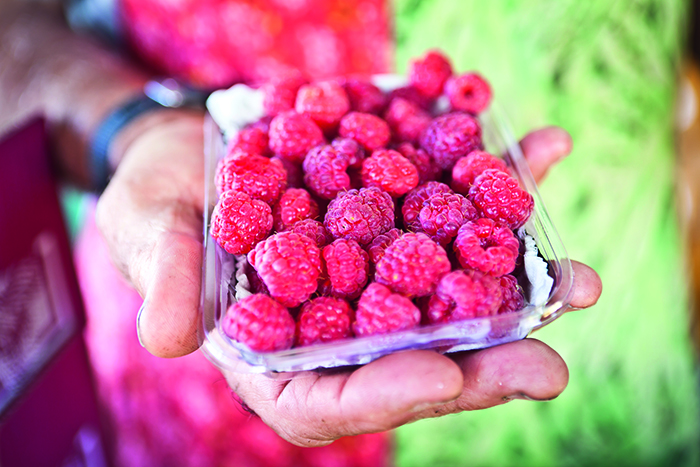 Vancouver Street Festival
With a fantastic lineup of music, great food and entertainment, this retro community event combines heritage, the arts and culture into a one-day extravaganza. May. 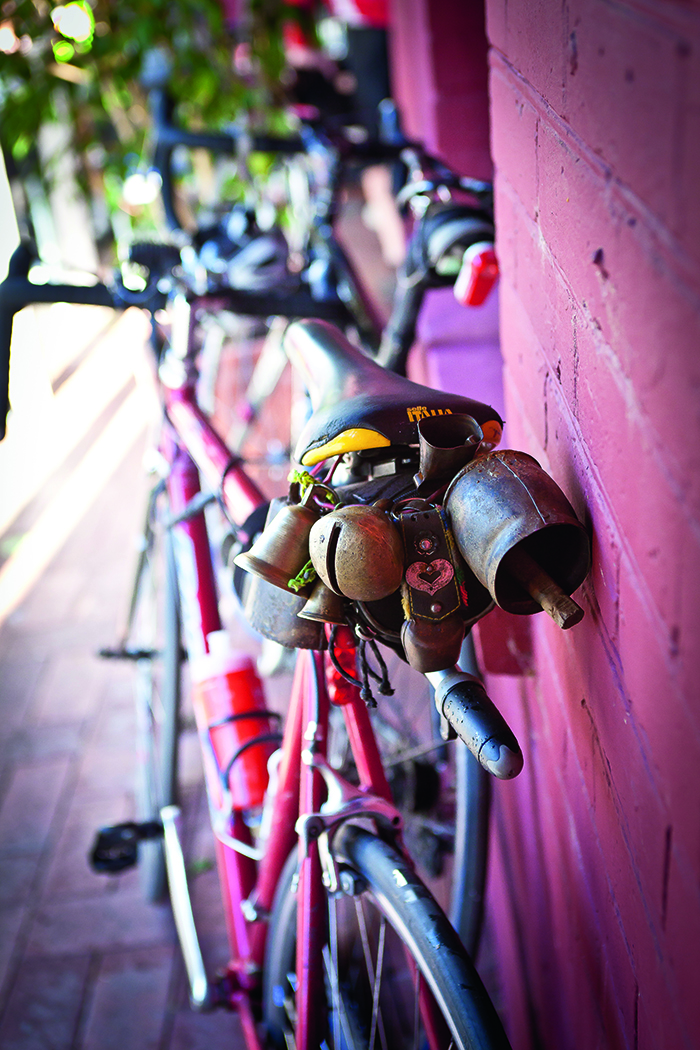 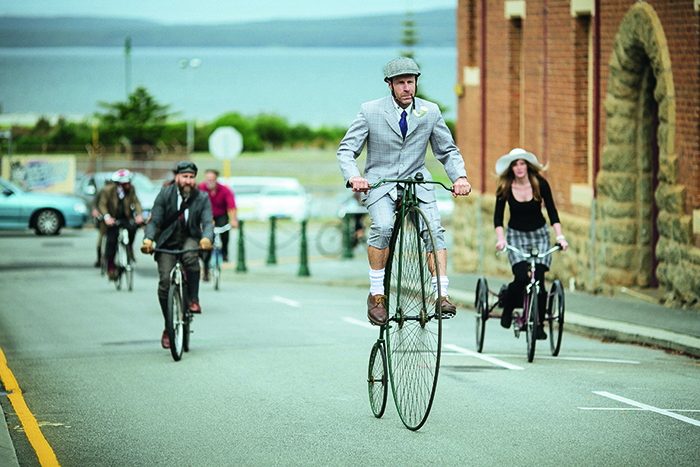 Albany Car Classic
This event, each year on the June long weekend, sees the streets of Albany come alive with the sights and sounds of classic cars. Jun. 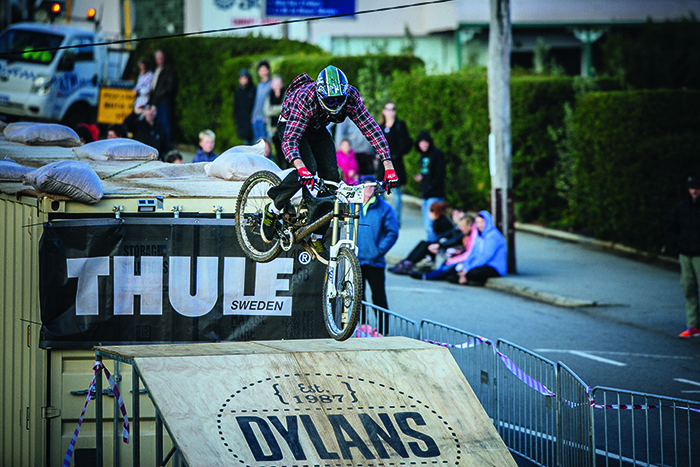 Southern Art + Craft Trail
More than 10,000 people flock to some 60 exhibitions and soak up the region’s authentic art, with opportunities to buy. Sept-Oct. 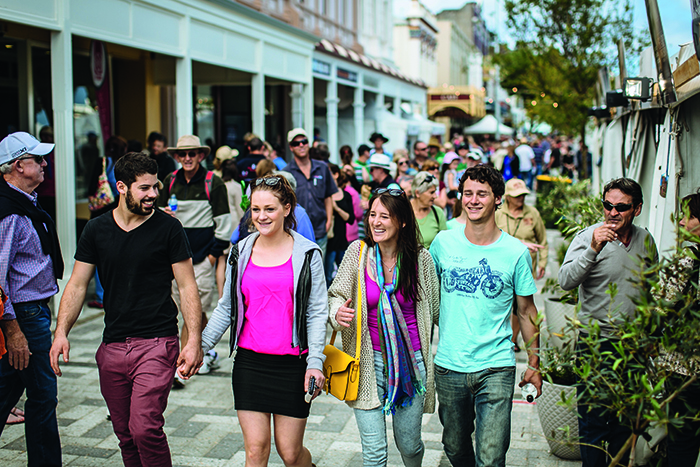 The food and wine scene in Albany is making its mark on foodies. Try Western Rock Oysters and dhufish fresh from the sea, enjoy divine barbecued marron straight from the dam, kick back for a lazy lunch at Middleton Beach or Emu Point with some homemade jams and specialty cheeses, or devour hot French pastries from the Sunday Boatshed Markets. Closer to the CBD, there are charming cafes and restaurants around York Street, as well as heritage pubs and upmarket harbourside haunts.

Albany’s gourmet providores and organic food producers are collecting silverware by the bucket, thanks to produce so fresh you can count the minutes since it was harvested. With a devotion to sustainable agricultural methods, commitment to time-honoured cooking techniques, and a strictly seasonal approach to dining menus, there’s a reason the region is now regarded as foodie heaven. 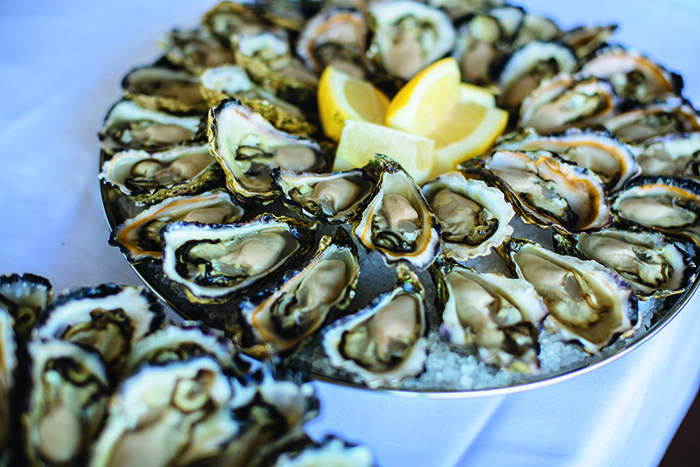 Albany’s cool climate makes it perfect for certain varieties such as pinot noir, riesling and, to a lesser extent, chardonnay. Wine tours are a great way to sample the region's best wineries, several serving fresh produce at cellar-door restaurants. You can cycle to them on the Go Taste trail.

Spirit of the West

Visit the Great Southern Distillery for internationally acclaimed single malt whiskies, as well as vodka, grappa, gin and brandy. Or sample them in town at one of the trendy bars in the CBD. 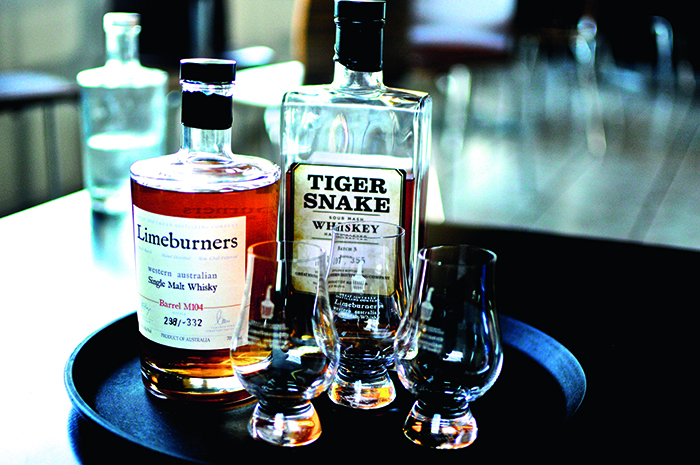 Visit Albany in March for this four-week extravaganza showcasing the region’s best-tasting offerings. It features vineyard soirees, culinary conversations and a long list of seductive food and wine events that will please both the connoisseur and the common man. 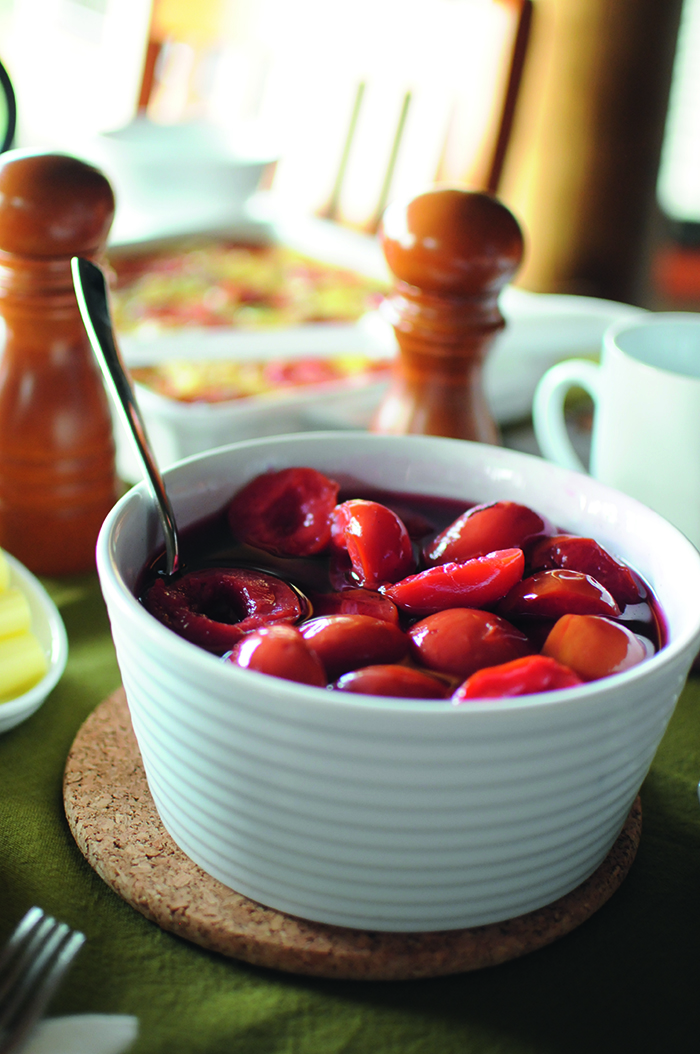 Albany’s two fresh markets (ranked among Australia’s best) are the places to admire the array of local gourmet produce, from garden-fresh vegetables and fish right from the sea, to creamy goats' cheese and crusty bread – all while revelling in the morning entertainment. The farmers market runs every Saturday from 8am to noon, while the Boatshed Markets run every Sunday from 10am. 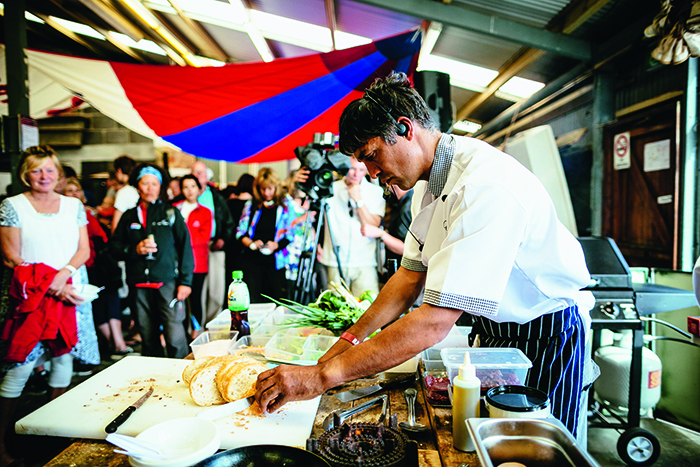 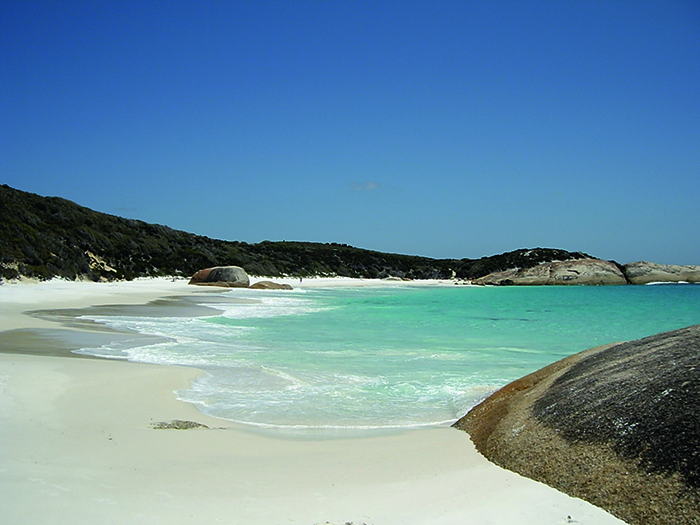 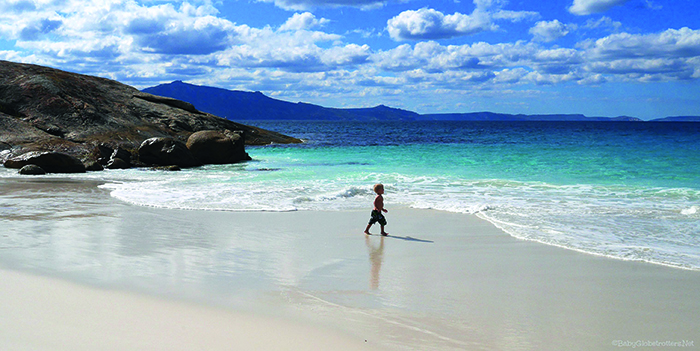 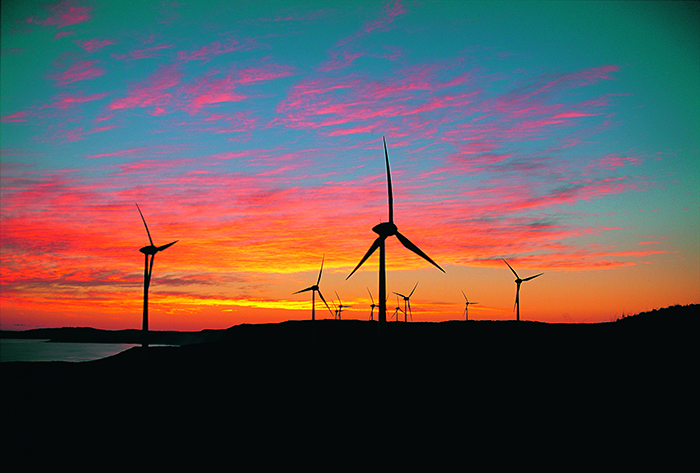