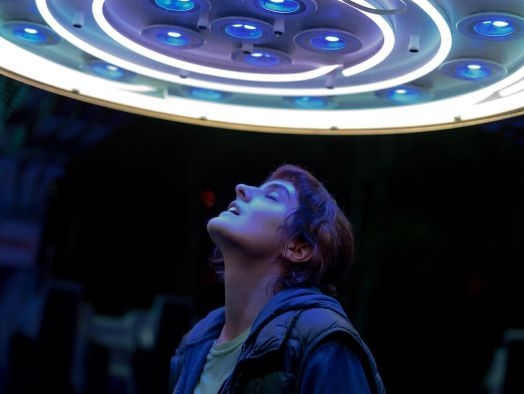 An annual favourite in every film fanatic’s calendar, Revelation Film Festival will be returning for its 24th iteration with its most thought-provoking and experimental program yet. From 1 – 11 July, Revelation will showcase more than 35 features and documentaries, and a diverse selection of gripping short films from all over the world. Many of these films are exclusively screened in Perth as part of Revelation, so it’s a rare opportunity to catch some incredible independent films that you won’t find anywhere else. There was a giant pop art public sculpture of King Kong erected in Birmingham in the seventies, but it was taken down due to a lack of public support. At the end of the decade punk band The Prefects were formed. The Prefects would become The Nightingales, and their vocalist is Robert Lloyd a poet-singer-visionary who never became mainstream-famous, but in an ideal world would have. Comedian Stewart Lee remembers the statue and loves The Nightingales, and both feature in this music documentary, which sees Lee talking to Lloyd about everything. It doesn’t matter if you’ve never heard of the band, because this is a film about that. It’s about music, about creativity, about life, and perhaps most importantly it’s about two often very funny people, so perhaps it’s also about friendship. And it’s about a massive statue of King Kong. There are not enough love stories about fairgrounds and there are not enough films about fairground rides. Jumbo has both.  This was a film that came from my colleague Richard, who discovered it. We watched it and both just said “yes.” One of the things that makes my job fun is the ability to watch films then discuss them with the team, and something like Jumbo sparked several enthused conversations between Richard and I. In many respects I’m not necessarily comfortable with the idea of a Rev-film, because of course our tastes change and evolve all the time, but I think this is the kind of film that people associate with the festival, which ultimately is a good thing. Still from Some Kind Of Heaven

Some Kind of Heaven (Lance Oppenheim)

We have a lot of coming of age films this year – A Brixton Tale, Freshman Year, The Neon Across The Ocean, The Night of the Beast and a restored print of Dennis Hopper’s brilliant Out of the Blue – but these are all films about young people. Some Kind of Heaven is a documentary about older people living in this giant retirement community. Their stories are as odd, moving, funny and evocative as you would imagine. The whole film is beautifully shot. We’re all getting older and these stories are important. Still from Delia Derbyshire: The Myths and Legendary Tapes

Dr Who pretty much defined my childhood in the UK. The seventies was the age of the Dalek, I remember annuals, comics, toys and so on. Obviously, I love the Dr Who theme by the BBC Radiophonic Workshop, I was aware of Delia Derbyshire’s legacy as an explorer of music, experimental musician, and as a sound artist, so for me this movie is simply essential. Added to that there’s the presence of Cosey Fanni Tutti from Throbbing Gristle and it’s everything you could hope for (also, I should say, we’ve also got the documentary Other, Like Me which is about Throbbing Gristle and Coum Transmissions). I feel we’ve really got a strong sense of the British avant-garde here, although it wasn’t really intentional when programming the festival, these things just happen like that, and you look back and see the patterns. In all honesty I could pick any of the short film programmes, whether the Experimental sessions or the Australian Gothic session or the shorts screening at part of our Westralia Day, there’s a wealth of really good films there. Anyway, the Sci-Fi & Slipstream Shorts session features some incredible emergent talent that I thought was really exciting. The range of ideas on display, the scope of the imagination, and so on. But really, like I’d always say to people, don’t just come once, take some risks and come and see a as much as you can, because there’s so many treasures throughout the program.