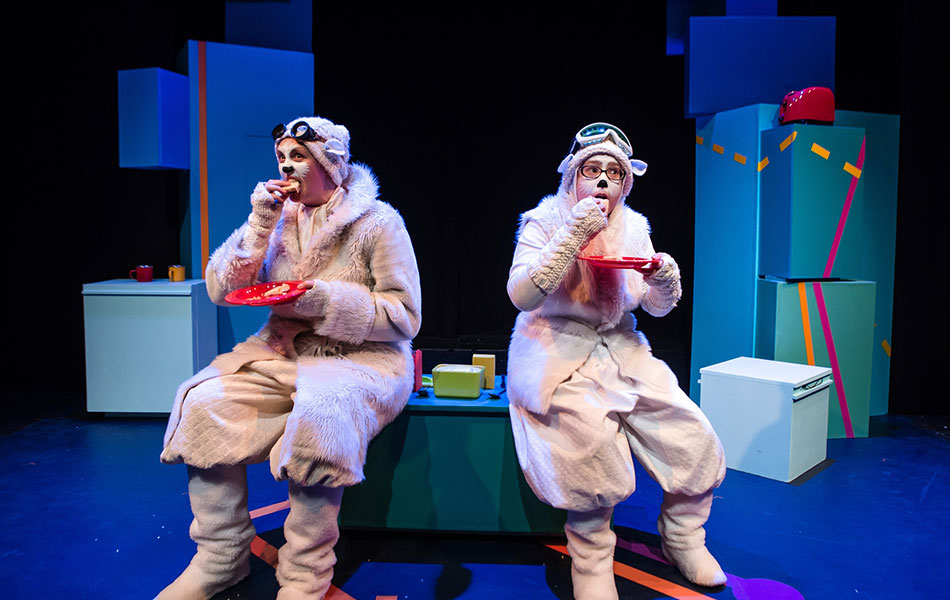 AWESOME Arts’ Jenny Simpson on where she finds the best shows

AWESOME Arts CEO Jenny Simpson chats to Scoop about kid’s theatre, curating the festival and how she travels the world to find the best shows.

AWESOME Arts Festival is in its 21st year, and CEO Jenny Simpson is feeling a bit nostalgic. ‘It was Barking Gecko Theatre Company who first set this up as an international contemporary arts festival for children. They’re basically AWESOME’s parents, and this year one of their shows, Bambert’s Book of Lost Stories, features in the programme. So it feels very symbolic and lovely that our parents will be there for our 21st birthday.’

The fact that AWESOME has been running for so long is a testament to the quality of theatre and performance that the event attracts. ‘Being an international festival means we bring in work of international quality,’ says Jenny. ‘That doesn’t mean it has to come from overseas, just that it’s a curated programme of high-quality work that offers children an experience a bit more deeply engaging than just entertainment.’

‘The idea is for the grown ups and children to have an equally good time at the festival. We just don’t want parents looking at their watches saying, “when is this rubbish going to finish?”‘

‘For me, the conversations that happen on the way home are just as important as the shows themselves. Anyone can make fart jokes and get a laugh out of kids but they’ll forget that in five minutes. If you’re going to get a child to laugh, it should be because of good characterisation and storytelling that really takes root inside them.’

Jenny travels the world looking for content each year, carefully curating the programme to ensure a wide range of quality shows are made available for each age group. ‘There is no corner too small because some of the best work is produced in the most obscure places,’ she says. ‘Most recently I’ve been struck by artists from Argentina and Egypt. I’ve not managed to bring them over yet, but that’s part of the plan for the future.’

It’s not just about theatre, Jenny says, literature also plays a big part in the AWESOME programme. ‘This year we have the international launch of Dame Lynley Dodd’s new book, Scarface Claw, Hold Tight, which the world is counting down to. We’re also launching a number of West Australian books. I love that idea that as an international festival we create a platform not only to showcase international artists but also to showcase our own. And I think we have some of the best artists in the world living in WA, so it’s our privilege and responsibility to shine a light on them.’

This year’s festival promises to be packed full of fun, but with so many events to choose from, what are Jenny’s top recommendations? ‘There are two that I can’t wait for,’ she says. ‘One is called Potato Needs a Bath by Shona Reppe, which is an amazing show, it’s incredible. The other is Polar Bears Go Up, which is just like being tickled for an hour. They’re the two where I want to get in there and see the audience watching them.’