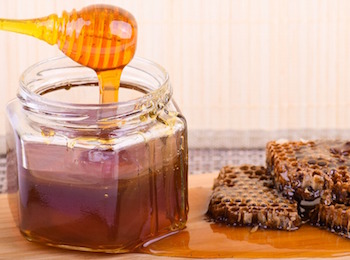 Why WA honey tastes better, straight from the hive and chemical-free

Western Australia is one of the few places left in the world where honey can still be produced chemical-free, allowing us to enjoy raw, unpasteurised and unprocessed honey that tastes as if it’s come straight from the hive, and that’s because in the case of raw WA honey, it has!

WA has done an incredible job of keeping out diseases that have devastated the global industry, which is why we can produce the tastiest and healthiest honey in the world. Thanks to incredibly tough boarder control, mainland Australia is currently free of varroa mite, an external parasite which kills bee colonies. WA hives and honeybees are also free of many deadly pests and diseases found in the eastern states of Australia.

Elixir Honey is a local producer that started out 20 years ago as a backyard beekeeping project in Nedlands and eventually relocated to Denmark to expand their collection of hives. Owner Romy explains their non-chemical approach,

“Everywhere else, if a hive starts to show signs of disease, they’ll chuck antibiotics on them and move them along. But we burn them to breed out diseased hives.”

It’s not just about being chemical-free. John from Postcode Honey, another local producer, explains that unique range of plants and flowers produces a diverse palate of flavours unique to WA,

“We’re a biodiverse hotspot in the southwest of WA, so you get a lot of different tastes and colours. Karri trees in the southwest aren’t found anywhere else in the world. Jarrah trees and a lot of eucalyptus trees are unique to WA too,”

Postcode Honey has taken regional varieties to the next level and sell batches of honey branded according to the suburb in which they were produced, with the name of batch corresponding to the suburb’s postcode. Hives are located in backyards, front yards and even on the rooftop of the Hilton Hotel and Peppers King Square Hotel in the CBD (dubbed 6000 honey). John goes out to install the hives and collect the honey before hand-filling every jar. For an insider tip, John recommends the 6153 (Applecross) batch in December,

“Before Christmas, the hives in Applecross produce honey nearly exclusively from jacaranda trees. It’s very pale and my personal favourite”

It’s another reason to buy local!

On leisurely weekends, there’s nothing like heading down to Freo for a laid-back evening of fine food and good company. The port-side town is home to many trendy dining establishments and a thriving nightlife, especially when a band is playing at one of the local live music venues. If you’re looking for somewhere new to […] 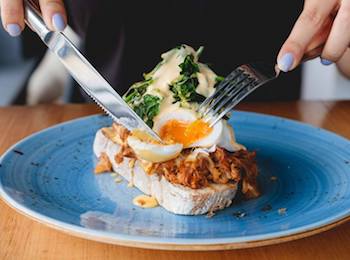 With spring right around the corner, what better way to kickstart your morning, or nurse a hangover, than with a sun-drenched brunch alongside your four-legged friend. So, before securing your Sunday brunch plans consider one of these dog-friendly cafes open for sit-down meals across Perth. Check them out here: Central & Northern Suburbs Finlay and […]