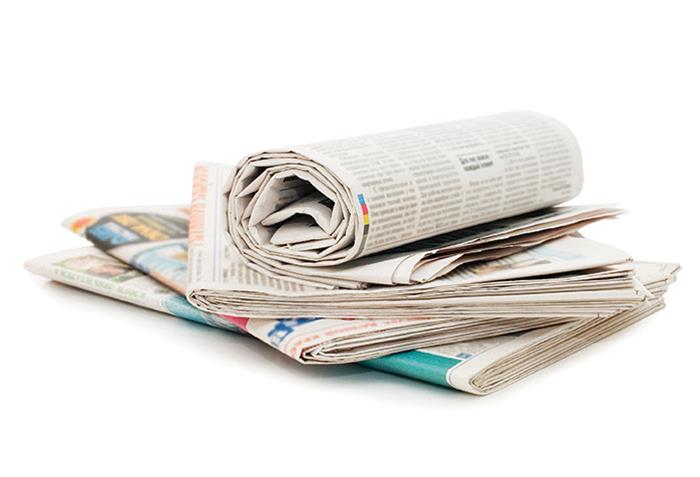 What The World Thinks

“In Western Australia, industry giants such as Rio Tinto are turning increasingly to cattle farming as beef prices soar and iron ore goes the other way.”

Yes, Rio Tinto is the world’s second-largest exporter of iron ore, but, according to The Independent, it’s also one of WA’s biggest “cattle ranchers”, with land “spanning an area larger than Connecticut” for a herd of 25,000 cows to graze. “Global demand for beef is surging, driven in large part by China’s expanding appetite,” writes the journalist. “At the same time, prices for iron ore are projected to slip.” This has led mining companies to look sideways to the business of cattle ranching, generating revenue from “land that would otherwise lie idle.” Acquisitions by the usual suspects – Andrew Forrest’s May purchase of Harvey Beef and Hancock Prospecting’s purchase of a 50 per cent share in two Kimberley cattle stations – cement the trend. And China, once again, is tipped to be the biggest market. “The world’s most populous nation is so desperate for good beef that Mr Forrest told Bloomberg News in May he would be taking steak samples on his next trip,” writes the journalist. China, already the world’s biggest consumer of meat, “may double beef imports by 2018 as the country’s rising wealth drives changes in consumers’ diets.” The writer seems to agree the time is right, citing rising US cattle prices that seem set for a sixth annual gain, as well as falling iron ore prices, expected to drop to US$96 a ton in 2018 from the current quarter’s predicted US$102.

“In Australia, the political system remains wedded to ‘keeping the migration floodgates closed’, apparently unaware of just how cruel and unforgiving this makes Australia look to the rest of the world.”

The Oxford University Press takes issue with some of Australia’s recent policies, wondering what Captain Matthew Flinders, who first circumnavigated and mapped Australia, would make of the country today. “You are more likely to be killed by a bee sting than by a shark attack while swimming in the sea off Perth or any of Western Australia’s wonderful beaches,” they write, suggesting the cull that took out 173 mostly non-threatening sharks in its first four months was unwarranted. “If the political approach to sharks appears somewhat harsh then the approach to asylum seekers appears equally unforgiving.”

They concede that at one level the ‘Stop the Boats’ policy has been a success, with a dramatic reduction in asylum seekers to Australia. But offshore processing in troubled detention centres (with “riots, suicide, self-mutilation, etc.”) is hardly a humane alternative. “Like modern day Robinson Crusoe, thousands of asylum seekers find themselves marooned on the most remote outposts of civilisation. But then again – out of sight is out of mind.” The writer wonders if it could be the media, not the public, who drive the decisions, following a report that most refugees feel welcomed by the Australian public but rejected by the political institutions. It is perplexing that “The economy is booming and urgently requires flexible labour, the asylum seekers want to work and embed themselves in communities; the country is vast and can hardly highlight over-population as the root of the problem.” In Australia, it seems there is “an almost palpable fear” of foreigners in the political scape. “Under this worldview the ocean is a human playground that foreign species (i.e. sharks) should not be allowed to visit.” He can only conclude that Captain Flinders would find the Australian political system “all at sea”.

“It’s easy to get carried away by the immense scale of the Roy Hill project and the sheer determination of its mastermind, Gina Rinehart.”

A journalist for FinanceAsia was invited on a tour of Gina Rinehart’s latest project, Roy Hill – an iron ore mine that sees Gina’s twenty-year dream of being an owner-operator fulfilled. Roy Hill, which sits on an ore body “twice the size of Hong Kong”, contains an estimated 1 billion tonnes of high-grade material and 1.3 billion tonnes of low-grade material, giving the mine a lifespan of 20 years. It is part of the Pilbara the writer calls a “sparse, prehistoric plain” covered in a “fine film of crimson dust,” where “venomous snakes bake in the searing sun, easily outnumbering the kangaroos and wild horses that forage in the brittle spinifex.” Say the writer, “Roy Hill is by no means a low-risk venture,” with “fickle” commodity markets, a declining iron ore price and a five-year-low of optimism regarding growth prospects. In fact, she claims Gina “eats risk for breakfast – making daily decisions that would leave the average person nauseous with anxiety.” One factor is the cost of diesel, used heavily in vehicle and rail operations, but fortunately for Gina, seems to trade in line with iron ore prices. Another is labour – but the project benefits from a sector-wide reduction in pay scales and a series of retrenchments at BHP and Rio. Those hit hardest by the cyclical downturn are the junior miners – those with lower-grade ore deposits and higher shipping costs. (BHP and Rio have compensated by cutting costs and driving higher production values, earning both companies double-digit increases in their WA output over the past year.) Also, new mines in places from Brazil to the Republic of Congo see Roy Hill entering a saturated market. The writer cites analyst Paul Gray who says, “There is room in the market for Roy Hill, but only from 2019 onwards.”

The Australian Election Study, a long-running rigorous political investigation, revealed WA is actually a fairly left wing state, a concept that an article in The Guardian explores in depth. Since 1996, there has been a considerable swing from the right in Western Australia, which is now considered more left wing than the nation’s average – yet the state is also the nation’s second most supportive of the government’s “turn back the boats” policy. Of Labor voters, 51 per cent agreed with the policy. “This segment of the Labor vote has been constantly targeted by the Coalition because it can exploit this Labor electoral weakness, hence it remains in our national discourse,” writes the journalist. Perception of union power has halved since 1979, and more and more people believe big businesses have too much power. Even though the majority showed support for same-sex marriage, it wasn’t to quite the extent of previous commercial polling. Other leftist policies gained strength: “There has been a clear trend of declining support for tax cuts, while there has been a distinct increase in support for more spending on social service,” he writes. Most notably, there’s been a rise in Liberal voters wanting more healthcare –  so marked it has “the potential to be Labor’s ‘stop the boats’ issue.”

“Renowned big-wave surfer Mark Matthews and world tour professional Taj Burrow have thrown self-preservation aside by tackling one of the world’s most dangerous waves, all in the name of fun.”

The Right, located right here in WA, is considered one of the most dangerous wave breaks in the world. Two of the world’s top surfers, or “madmen” as a Courier Mail writer describes them, decided to change this, jumping behind a jetski to catch the wall of water. The result, for surf mag Stab, are “remarkable images”, which “are nothing short of lunacy, with the result of the heavy pounding leaving Matthews with a gash across his face and a ruptured eardrum.”