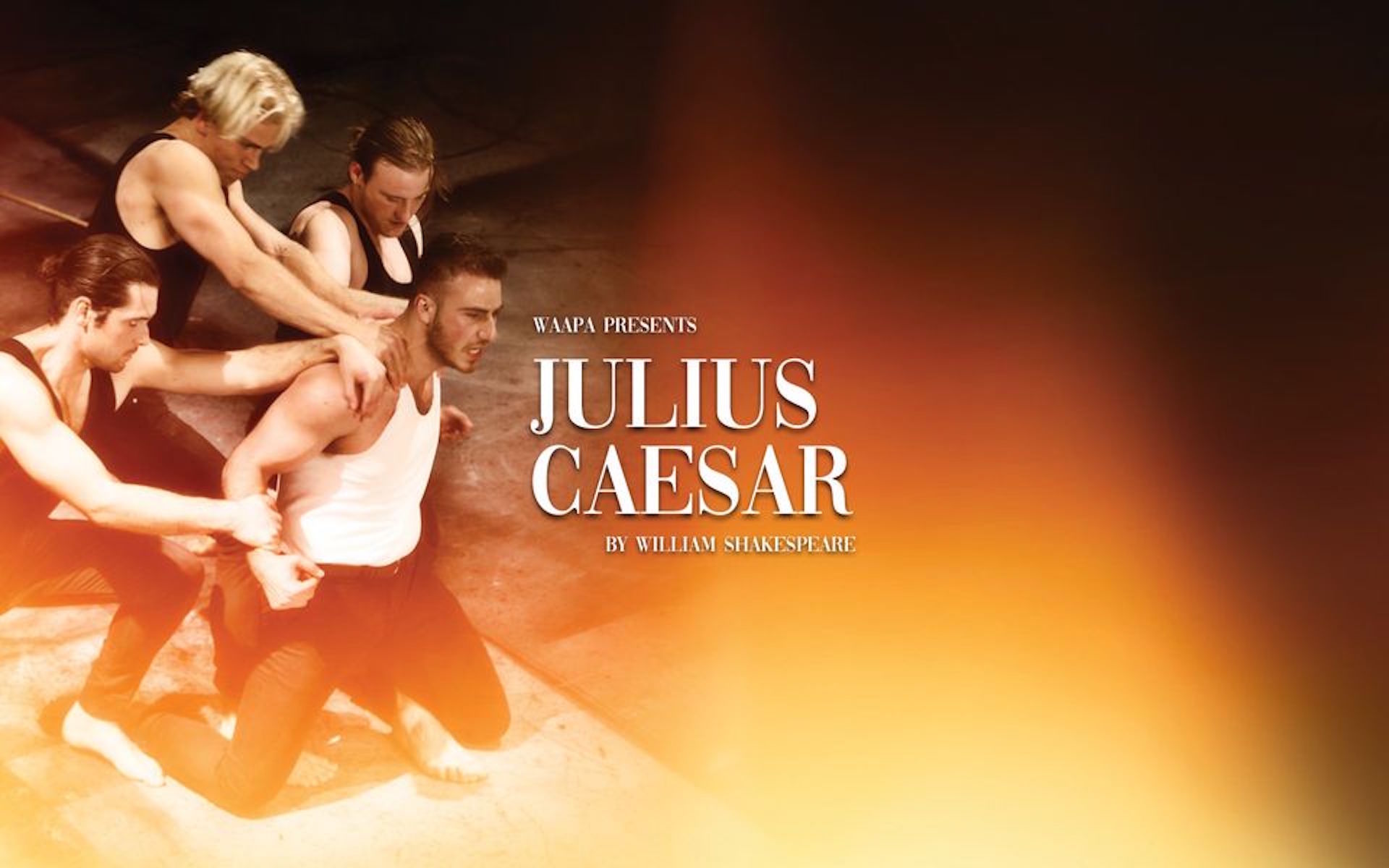 This tale of power and betrayal charts Julius Caesar’s triumphant return to Rome, the conspiracy to take him down, and the civil war sparked by his assassination. In its razor-sharp examination of political upheaval, Julius Caesar echoes down the ages to our modern world.

The production marks the final performance of the school’s 3rd year acting students before their graduation.

“I’m thrilled to be working with this year’s wonderful WAAPA 3rd Year Acting ensemble and an equally talented team of design and production students on Shakespeare’s most overtly political play,” says director Humphrey Bower, who has worked extensively throughout Australia as an award-winning actor, director, writer and narrator.

The production is set in a hybrid world, where contemporary military uniforms, business suits, street clothes and riot gear meld with the classical pillars, daggers, swords and shields of ancient Rome.

Julius Caesar will be performed at the Subiaco Arts Centre from Tuesday, 14 to Friday, 17 September at 7.30pm, with a matinee on Saturday, 18 September at 2.00pm. Book now. Whether for breakfast or late-night drinks, Perth’s 30+ rooftop bars are the perfect place to enjoy the heat of summer and a refreshing sea breeze with drink in hand and a dazzling view. We compiled a list of all 30 and highlighted a selection of must-visit locations for this summer. Lucky Chan’s, Northbridge Disguised as […]

Gift an experience this Christmas with these 7 unique gift ideas

The masses of crowds, limited parking and sweltering Perth heat is enough to defer most of our Christmas shopping to the last minute. Plus, online shopping and postage time can be a gamble with the 25th creeping closer. Save yourself from venturing out into the festive madness with these great last minute Christmas ideas that […]