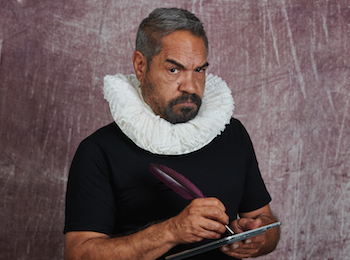 UPDATE: The votes are in! Over 1,800 votes were cast, and the company’s fate has been sealed. Black Swan will stage The Tempest, where it all began for them 30 years ago – at the Octagon Theatre.

It’s a creative choice rarely put to audiences, but this year Black Swan State Theatre Company are asking the community to decide what they’ll perform. In a project called ‘That Shakespeare Play,’ Black Swan are celebrating their 30th anniversary by letting the audience decide which one of Shakespeare’s plays to put on at the end of the year. And it’s not just the well known ones – voters have the option to select from all of Shakespeare’s 37 plays, a thrilling, yet slightly terrifying proposition for a theatre company.

Is there a rarer play you’ve always wanted to see performed? Or maybe you’d like to see the state theatre company put on your all-time favourite. Whether it’s The Tempest or Timon of Athens, Romeo & Juliet or Richard II, now is the chance to vote for what you’d like to see!

The play with the most votes will be performed at the Octagon Theatre from 20 November to 11 December directed by multi award-winning director Matt Edgerton. Need a quick refresher on every single Shakespeare play in order to make the best choice? Check out this video from director Matt Edgerton, summarising all 37 in just 3 minutes.

The voting process is easy: just head to the Vote For Shakespeare page on the Black Swan website, enter your details and select the play you want to see performed from the dropdown menu. As an added bonus, by voting you’ll go in the draw to win a VIP experience for two at the Opening Night on Wednesday 24 November.

The play with the most votes will be revealed via live stream on Friday 23 April, the day of Shakespeare’s birth and death. If you’re brave, or just absolutely love Shakespeare, you can purchase tickets now, before the final selection is announced, from ticketsWA.