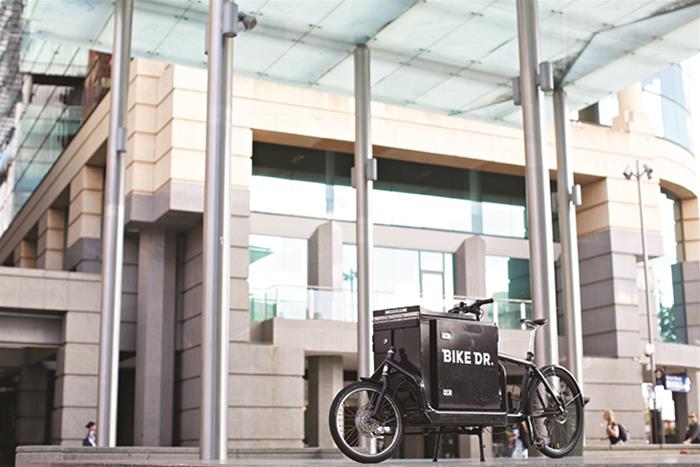 Get weed, get money, and get stoned every day.” That’s what a participant in the bicycle repair program Bike Rescue told head mechanic Jeremy Taffijin he wanted to do with his life, when the mechanic asked at the boy’s first session. Jeremy laughs as he recalls the conversation. “This was coming from a kid!” he says. “Well, kid is a loose term. He was 15.”

The boy, who started the program in a haze of pot smoke, slowly opened up to Jeremy over the course of the program, stopped smoking, and graduated successfully, having refurbished two bicycles – one for himself, and one to donate to charity, which is what the program stipulates. But don’t think it’s just about bicycles.

“It’s about bikes, but it’s nothing to do with bikes,” is the doublespeak way Pat Ryan introduces the program. He’s the CEO of Dismantle, the organisation that runs Bike Rescue. “The bike facilitates that connection between youth workers, who are dressed up as bike mechanics, and the kids themselves,” he says. The program, which pairs disengaged young people with bike mechanics in a 10-week bike-repair apprenticeship, opens a conversation between participants and mechanics, to address problems in the kids’ lives, Pat says. “It’s through that engaging activity that the relationship can build between us, and then we can start to have those conversations around, ‘Why they hell aren’t you going to school?’ and, ‘Why are you staying up til 3am smoking bongs?’ and, ‘Why are you committing crime?’ Because in my experience, you’ve got to build that connection for those conversations to have any kind of powerful impact on the kids,” he says. “Until then, you’re just some youth worker who’s getting in the way of their fun.”

That’s something Pat can relate to – in his previous role as a youth worker with the Department of Child Protection, he grew frustrated with his inability to connect with kids, despite the intense, specialised support he provided to children removed from their families to state care. “It was really depressing how little value I had in those kids’ lives,” he says. “You’re working hard every day to make some positive impact, but because you’re DCP, because you’re wearing that badge, to that kid you represent everything that’s a barrier in their life. I just couldn’t cut through.”

Is it different at Dismantle? Pat laughs and answers yes. “I realised the magic a common activity would have on the problem of being unable to connect with the kids.”

Jeremy agrees. “As soon as they pick up the tools and start working on the bicycles, they’re engaged on some level, and they just keep talking and talking,” he says. “Before they realise it, they’ve given you a description of what’s wrong with them, or what’s going on in their lives. A lot of the kids honestly just seem like they need someone to talk to.”

That’s Dismantle’s place, says Pat – not all kids fit with or respond to mainstream services, so the organisation fills the gap that exists when kids don’t attend programs run by Dismantle’s partners. Pat says the value Dismantle provides there is engagement – though a lot of their partners deliver high-quality, well-resourced programs, the struggle to get kids through the doors means the services lie unused. Bike Rescue boasts an 80 to 90 per cent attendance, before transitioning clients back to the partner organisations after the 10-week program.
“If a kid’s committing crimes, we have a talk to find out the underlying issues causing that,” Pat says. “We can’t change their lives in 10 weeks, but we can have a really positive impact.” 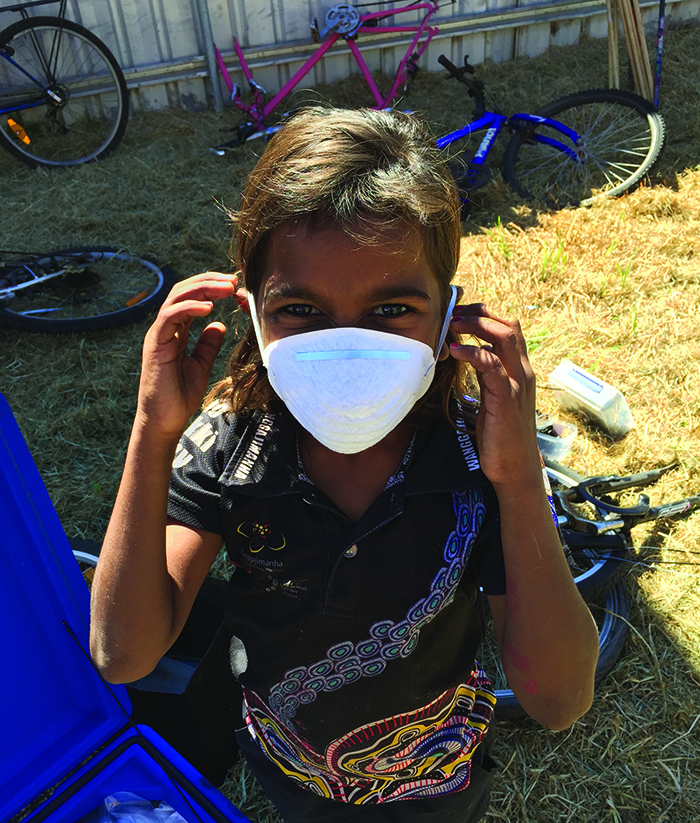 Sadly, that’s not good enough for funding bodies. Pat explains that Dismantle struggles to get funding, because its programs can’t prove success – sure, participants start going to school again, cut down on drinking and drugs, and stop committing crime, but that success attaches to the program’s partners. Dismantle’s value is returning kids to the mainstream services.
He’s frustrated that Dismantle is considered risky to fund – because it’s that same funding that could enable them to properly interrogate the long-term success of Bike Rescue.

Paul Bide, a member of the Youth Justice Board of the Department of Corrective services, agrees that it’s harder to fundraise for social services that are only part of a complex solution, but says seeking evidence of tangible outcomes remains an important part of the funding process. “Dismantle’s challenge is to find or develop that understanding in people or organisations in funding solutions for complex problems,” he says. “To do that, Dismantle will have to be able to explain how well ‘their bit’ fits into the ‘whole puzzle’, and to be able to be identified as contributing that when they seek funding and mandates.”

So where does Dismantle sit in the system? “It’s all about collaboration,” Pat says. “What we do better than any other organisation in Perth is engagement. We have a unique recipe that resonates with our target beneficiaries, but we don’t have all the answers for the challenges they need to overcome. So how we fit into the complex puzzle of youth disadvantage, is partnering and collaborating with this variety of services. The outcomes we measure are definitely not 100 per cent attributable to us alone. It’s because of our partnership approach that we realise such strong results, and we’re always looking for robust partnerships with other leaders in the youth sector.”

“In some ways it limits us in how we’re able to fund the organisation, but in other ways it forces us to be innovative and clever” Pat says. “Because we’re so small, because we can adapt, because our overheads are so small that our admin costs are very low, I actually feel like we have less risks than the larger non-profits.”
And, though their engagement with the kids is short-term, Pat says Dismantle has real impact. “We measure program attendance as an outcome, but it’s not the value we’re trying to achieve,” he says. “If they’re just rocking up to fix bikes, and learning lots of bike repair skills, it’s not really the kind of impact we want to have with the kids. There’s a lot of opportunity to have much better impact.”