Released to Australian cinemas November 12th, No Time To Die is the 25th Bond film and the last featuring Daniel Craig as the beloved Bond. The teaser trailer for the highly anticipated film has finally been released:

In No Time To Die, Bond has left active service and is enjoying a tranquil life in Jamaica. His peace is short-lived when his old friend Felix Leiter from the CIA turns up asking for help. The mission to rescue a kidnapped scientist turns out to be far more treacherous than expected, leading Bond onto the trail of a mysterious villain armed with dangerous new technology.

Featuring an all-star cast of Rami Malek, Léa Seydoux, Christoph Waltz and Ralph Fiennes as “M”, and with the screenplay co-written by Phoebe Waller-Bridge of Fleabag fame, it looks like we’re in for a treat. 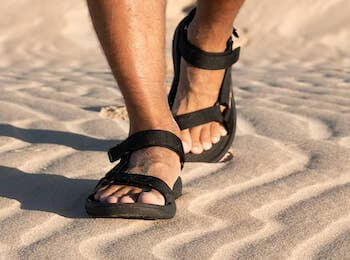 When hunting for gifts, shopping sustainably can be difficult. Luckily, Perth has no shortage of stores that are locally run and specialise in eco-friendly, sustainable gifts. Here are a few to consider for your earth-loving friends. Bstore Although primarily known for selling Birkenstocks, Bstore actually stocks a bunch of other footwear brands, like the ultra-sustainable […]

Sara Macliver, a Perth born and based Soprano, is an instantly recognisable voice in the Australian classical music scene, of which she has been a definitive part for three decades. As with many artists, Sara had many performances cancelled during lockdown, but has managed to keep bringing joy to people through song, including concerts for […]