Off the back of launching its 2021 program, Black Swan State Theatre Company of WA has announced tickets are back on sale for its immersive theatre production, The Cherry Orchard.

Presented as part of Perth Festival, The Cherry Orchard is a modernised, Australian take on Russian playwright Anton Chekhov’s 1904 comedy of inevitable catastrophe, re-written by Adriane Daff and Katherine Tonkin. Due to Perth Festival being postponed, the first public performance of will now be Saturday 20 February and the season will run through to Saturday 20 March. The original play, written by Chekhov in his dying days, was intended to be his most hilarious comedy. Black Swan’s adaptation takes the story from 1880s Russia and replants the orchard to a fictional late 1980s Manjimup. From boom to bust in WA, as the recession hit in 1987 and the America’s Cup put WA on the world stage, protagonist Madame Ranyevskya has to sell up and move home to her native Manjimup. Upon her return, Ranyevskya is ridden with debt, and she is obliged to decide how to dispose of her family’s estate, with its beautiful and famous cherry orchard. The performance venue, The Sunset Precinct.

The Cherry Orchard will be performed at Dalkeith’s unique outdoor Sunset Heritage Precinct from February 20 to March 20. The venue is heritage listed and has a rich history, having opened back in 1904 as aged care facility Claremont Old Men’s Home before transitioning to a unisex hospital in the 1960s. After closing in the 90s, the site laid dormant until reopening as a public open space with picnic facilities and more in 2016. 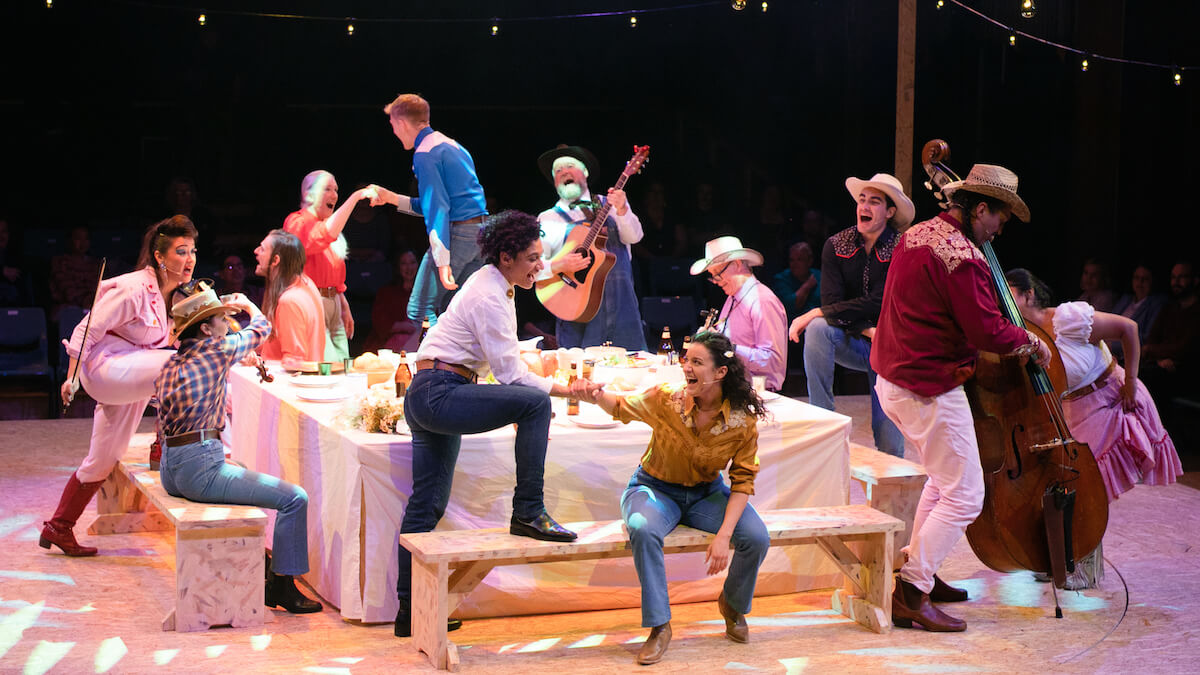 Black Swan Artistic Director Clare Watson said, “Our 2021 Season ‘With Love’ marks the company’s 30th birthday year. Site specific Perth Festival productions were synonymous with Black Swan in our early years. So, it makes sense that our first performance of the year is performed at such an iconic site in Dalkeith, on the banks of the river as part of Perth Festival.” She continued,

“Venue capacity is small, so audiences get to experience this production across the Sunset Heritage Precinct, from in the family home in the former ballroom, flowing through to a sunset picnic under the gum trees overlooking the Swan river, then onto the lawn for a dress-up party.”

Get your tickets HERE.

Looking for somewhere a little more extra than ordinary to enjoy an evening out? From a secretive speakeasy to unique themes that will you transport you to a different time, the following bars come dressed from head to toe in unique interiors that contribute to their quirky personalities with beverages and bites to match. 1. […]