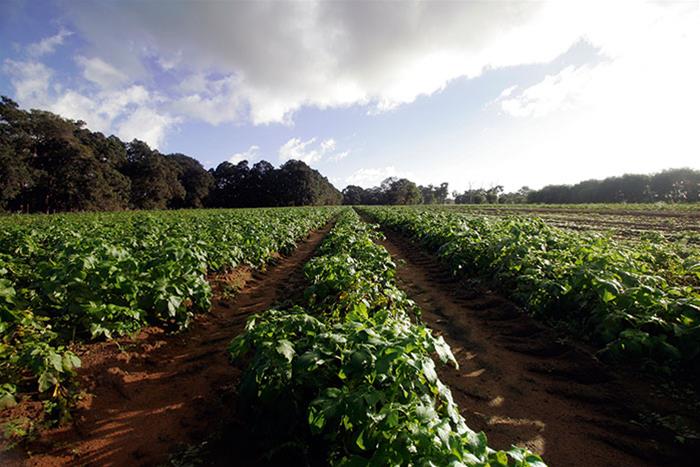 25 Jun, 2014
Web
Dave Carter is ploughing his own furrow, one where the quality of his soft-skinned heirloom oddities trumps the quantity of supermarket staples.

Potato farming is a huge, commercialised industry, but Dave Carter of Carters’ Fresh Dug Potatoes is ploughing his own furrow, one where the quality of his soft-skinned heirloom oddities trumps the quantity of supermarket staples.

It’s 5am and potato farmer Dave Carter is breathing in the crisp air of dawn. In a woolly jumper and dirty boots, he sits in his tractor, slowly ploughing the paddocks on his Marybrook farm, careful not to damage his precious harvest. For under the rich alluvial soil, Dave grows a host of potatoes, from small and plum-sized to long, finger-like varieties.

These aren’t your average supermarket spuds either, not your Nadines or Ruby Lous. Dave’s specialty is soft-skinned heirlooms, some of which have their origins all the way back in World War I.

“The varieties I grow are all known for their flavour and versatility,” he says, “from old-world antiques like the purple-fleshed Cuzco, Bintje and Nicola, to a few modern classics like the Royal Blue. Some of my mainstays are Maris Piper, Colorados, Dutch Cream, Kipfler, and Delaware.”

With more than 12 different types, Dave’s sure to have a spud to suit anyone… even your grandpa. “The older customers are great: there’s a lot of ‘I haven’t seen these spuds in 20 years’,” he says. “They say the heirloom potatoes have just so much more character.” 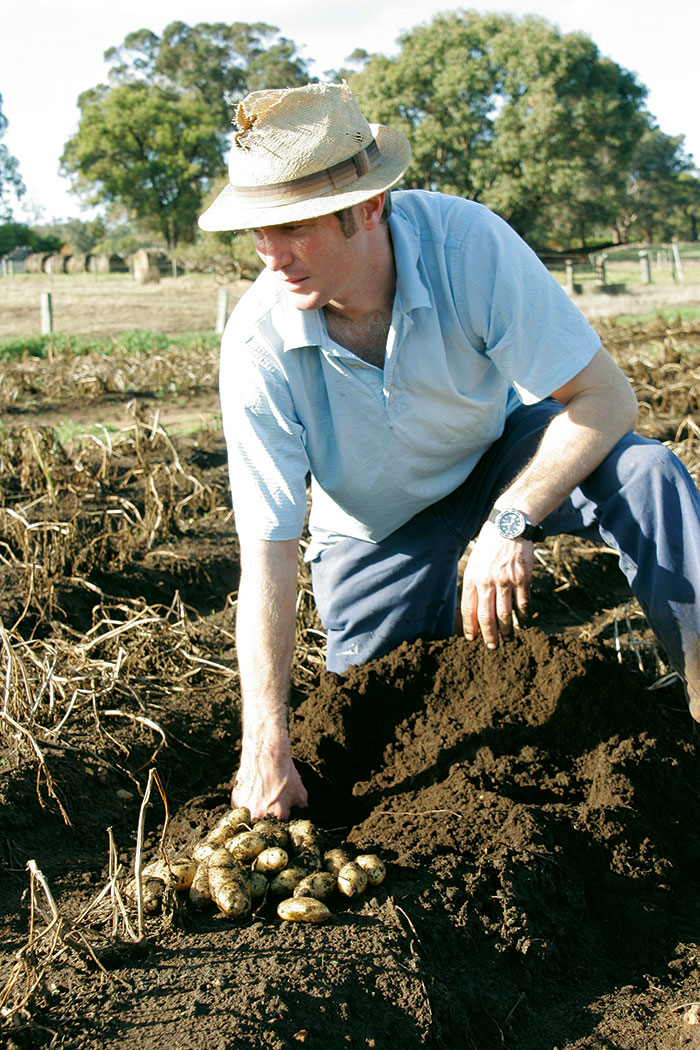 Dave’s spuds are big surprises in small packages. Purple, blue, orange or white, they’re significantly smaller than your typical Murphy, but size isn’t what’s important. What makes them special is their taste – they can be buttery, nutty, and even a bit fruity. They also bring in a smaller harvest – hardly enough to stock supermarket shelves – and that makes them tricky to find.

“At the moment I’m producing about two tonnes a week when in season, that’s 60 tonnes a year,” Dave says. But given that other producers in the Busselton/ Marybrook/ Donnybrook region turn in anything from 105 to 1940 tonnes each per year, that’s not a lot at all. As a result, Dave distributes mainly to restaurants, selling his leftovers at various markets and retailers in the southwest.

But smaller yields aren’t his only challenge. Through trial and error, Dave’s found that particular times of the year affect different types of potatoes in different ways, and not all of them good. For instance, he says, Kipfler potatoes change for the worse in November. “During that late spate of growth, when the heat is coming on, they just grow knobs, are thin and look terrible, so I can’t really get a good product out of them.”

Growing commercial spuds would be the easy way to avoid a bad crop, but to Dave it’s more about quality than quantity, something that’s apparent in the care he puts into sourcing, planting and harvesting his delicacies.

He gets his heirlooms from seed growers around the state, meticulously picking the best, disease-free tubers to replant. Once his crop is ready for harvest, he avoids the high-yield equipment, opting instead for a tractor that gently digs out the oddly shaped goodies.

Although it’s more time consuming, Dave insists it’s the best way to maintain the soft skin of his new potatoes. “I will dry them out in the shed for a day or two, to really make sure that that dirt is loose, dry and ready to fall off,” Dave says. Then he uses an array of old-school orchid brushes, designed for handling fruit, to brush as much dirt from the skin as possible, before packing the potatoes up for the Vasse and Margaret River Farmers’ Markets. 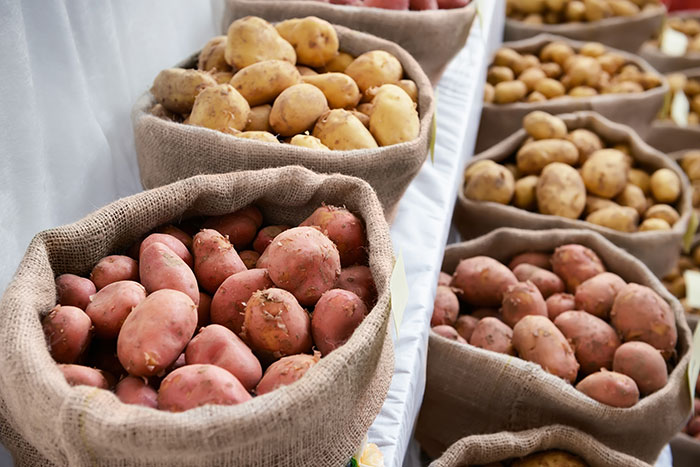 “That’s where we take all the interesting small batches and where we can talk to the folk on the street. Meeting my customers gives them the reassurance that it’s all in-house. Customers can have the date that the potatoes were dug, and my contact number, too.”