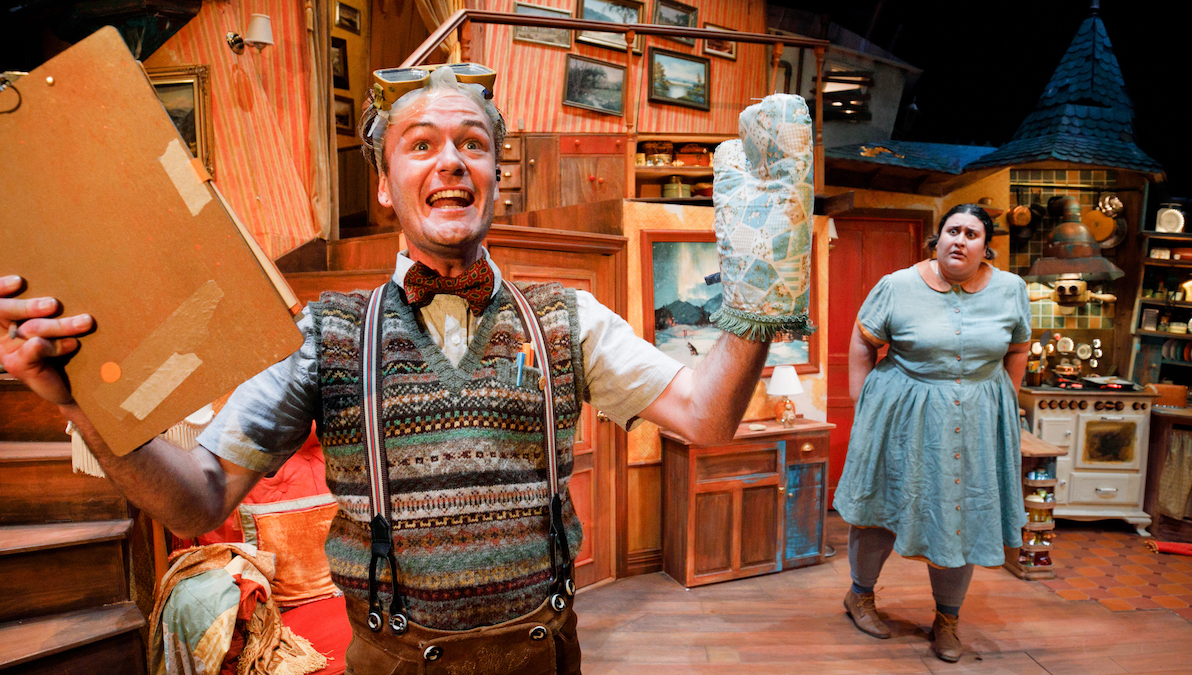 Along with the change in the weather, Autumn in Perth also brings with it a fresh season of exciting new theatre. From massive global stage productions like Legally Blonde: The Musical to original works from one of Australia’s leading performing arts academies, there will be plenty of exciting shows to fill your evenings. Ellida, the daughter of a lighthouse keeper, has two choices: she can stay in her sea-side town with her husband, or she can chase the call of the ocean and set out to sea. When an old flame from her past arrives in town, things get even more complicated. What path will she choose?

Based on the story of famous Norwegian play The Call of the Sea by Henrik Ibsen, Ellida is a reflective and relevant piece of theatre that explores themes like gender, freedom, emotion versus rationality, and social norms around female power. Although Ibsen’s play originally critiqued Norwegian society in 1888, Ellida is a story that still resonates with contemporary Australian audiences.

Presented by the prestigious Western Australia Academy of Performing Arts, May-Brit Akerholt 2018 interpretation of Ibsen’s work, Ellida, celebrates female characters as they struggle to find freedom in a society built to control them.

Director and multi-award-winning actor, Will O’Mahony, explains that the play ebbs and flows, much like the ocean itself, in patterns of statement and retraction.

“The subtle moments of coercion disguised as favour points to a world in need of urgent reform. Seen in this light, the heroism of Ellida and the other female characters in this play, their acts of resistance, big and small, are powerful and moving.”

WAAPA’s 3rd year Acting students will be performing this moving play from Thursday March 26 to Wednesday March 31, including a Saturday matinee on March 27, all to be performed at WAAPA’s Roundhouse Theatre. 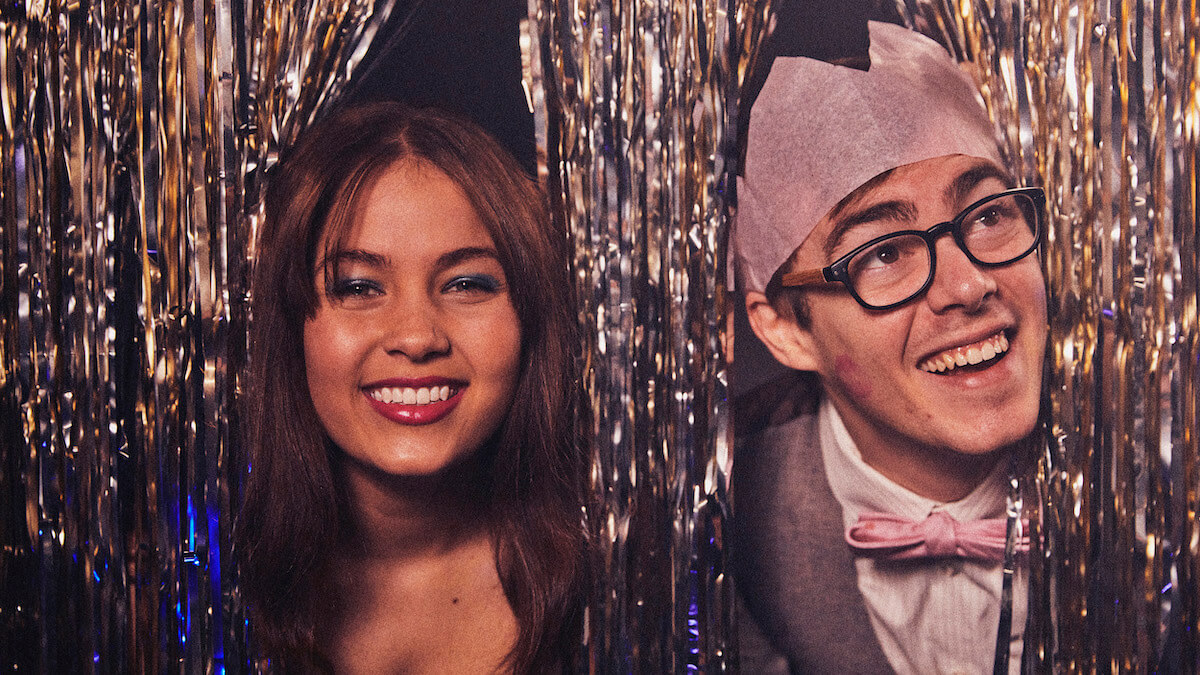 In an Aussie coming-of-age story, two 13-year-old outcasts venture out into the Australian bushland in search of a dying kangaroo, and find a treacherous pants-wetting, heart-breaking wasteland that changes them forever.

In a heartfelt exploration of emotion, sympathy and hurt, this modern suburban play became a smash-hit in 2019 with the Blue Room Theatre season. Presented by Perth’s Black Swan State Theatre Company, this performance demands recognition of how we hurt others and how we help others that are hurting, all while navigating a landscape packed with hormones, high school drama and murder.

Writer and director, Scott Mcardle, alongside the talented cast of Black Swan State Theatre Company show us storytelling at its best, and remind us that it is tough being a teenager.

Showing will be from April 29 to May 8 at Studio Underground. To learn more about Playthings or to book tickets, see here. 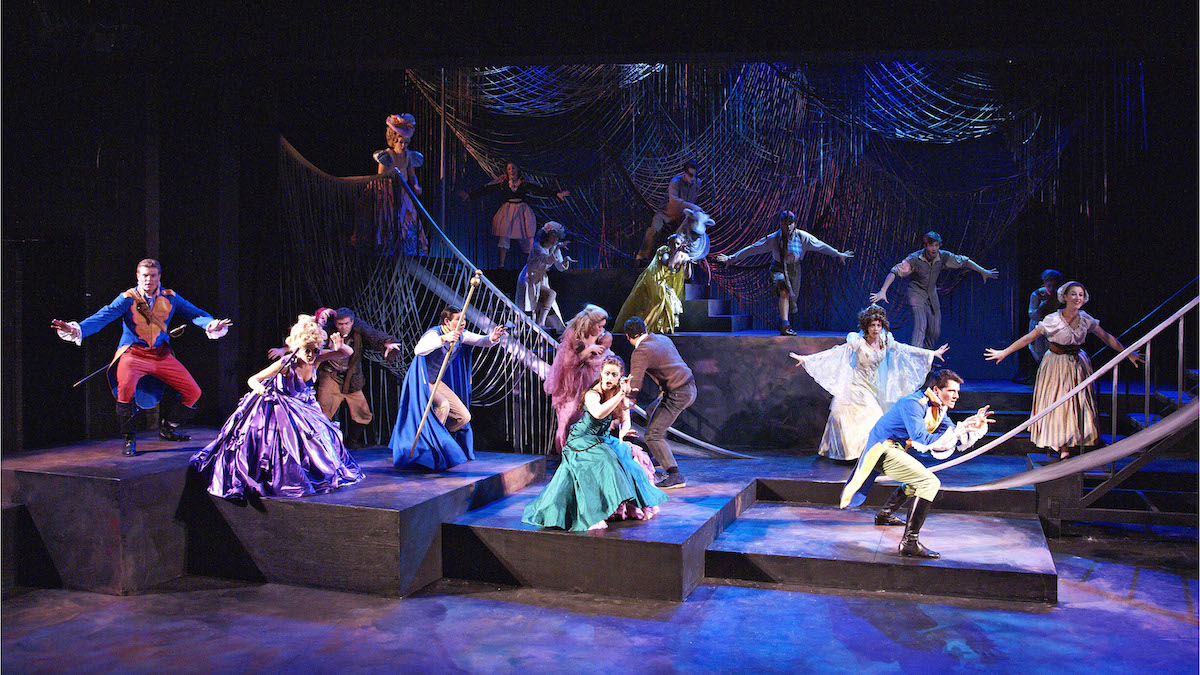 See the highlights of WAAPA's incredible 2021 program for performing arts Cathelijin is totally alone, deep in centre of a dark, spooky forest with no one to turn to for help. Through the trees she sees a house, as tall as the trees around it and a higgledy-piggledy mess. Inside there is a boy that can’t seem to stop talking, and a grey-haired explorer who insists the curtains stay shut.

When the house takes off like a rocket and starts flying through the sky, Cathelijin learns that this is a Rescue House, built to rescue the Loneliest Children in the world. Cathelijin journeys around the world and inside herself, discovering herself along the way.

WA’s leading children’s theatre company Barking Gecko have brought to life a different kind of fairy tale with their production HOUSE. The characters explore loneliness and belonging, while shooting through the air on an outrageous adventure. Set your imagination free with this family-friendly tale, filled with crazy characters and wild fun.

HOUSE will be showing at the State Theatre Centre of WA March 24 – 27. See show times here. In an exciting new project from WAAPA, New Voices will see third-year acting students explore their passions and embrace their creative freedoms as they develop their own works. Introduced to assist students in developing works for independent theatre and festivals, this project presents a collection of short, original performances created by the newest generation of Australian actors.

Using all elements of their physical training in acting, movement and voice, as well as their writing and devising process, New Voices is an insight into intimate storytelling and dynamic physical theatre. Each performance shares fresh, provocative reflections on who we are right now, as daring and talented artists share their creations with us.

New Voices will be showing over two short seasons, showcasing the graduating acting cohort of 2021 across both seasons. The first season will be held between March 25 – 27, followed by the second season held between May 27 – 29. Each season will be performed at Downstairs at the Maj, at His Majesty’s Theatre. Cole, Carly and Joy are trying to reclaim their future, but must battle the demons of their past in order to escape the Ice Land they are trapped in.

Through the smooth medium of hip hop, the characters tackle their troubles and reveal tough issues that our society faces when it comes to drug abuse and the use of methamphetamine. Driven by the voices of carers, family members and users, Yirra Yaakin Indigenous Theatre Company have collated a powerful and chilling performance using contemporary hip hop as their vehicle. Exploring ice addiction in its many forms, themes like joy, invincibility, despair, psychosis, and the breakdown of communities are revealed as the characters fight their way across the wasteland of the crystal meth plains.

Shows available in Perth at the Kalamunda Performing Arts Centre on Friday March 26 and Saturday March 27 at 7.30pm. Touring regional WA, Ice Land will also be showing throughout April and May. See the Yirra Yaakin website to find out where your closest performance will be. The beloved rom-com classic, Legally Blonde, has been brought to the stage! Elle Woods, a perky UCLA sorority girl with a great love of all things pink, seems to have the perfect life. This all changes when her boyfriend Warner decides to go to law school and dumps her for a more ‘serious’ woman. In a hilarious and heart-warming ploy to win him back, Elle goes to law school to prove herself. With the help of friends she meets along the way, Elle soon learns the value of being smart, knowing who you are and showing what you’ve got.

Produced by HAMA Productions – the same company responsible for huge hits like Grease, High School Musical and recently Beauty and the Beast – this multi-award-winning musical will be showing at Crown Casino, Perth from Friday April 16 to Sunday April 25. The last potoroo, a shy and timid young marsupial, needs a holiday and some cheerful company, and so takes off to stay at Miss Lily’s Tropical Holiday House. When Miss Lily does the tango in her dazzling feather boa, the potoroo is filled with confidence. It’s like magic!

Surrounded by a cast of other iconic Australian wildlife, like a family of koalas, wombats and even a crocodile, this is a puppet show to uplift, sharing in kindness and courage.

The puppets will take to the stage from Saturday April 3 – Saturday April 17, with an extra evening show available on Fridays, at the Spare Parts Puppet Theatre. To book your spot, see here. Black Swan State Theatre Company of WA has announced that it will be launching two exciting new community engagement programs for life-long learners 20 years and over. The Creative Ground Intensive Workshops and the Heart of the Art Club are both set to begin in March and will embody the company’s core purpose of creating […]