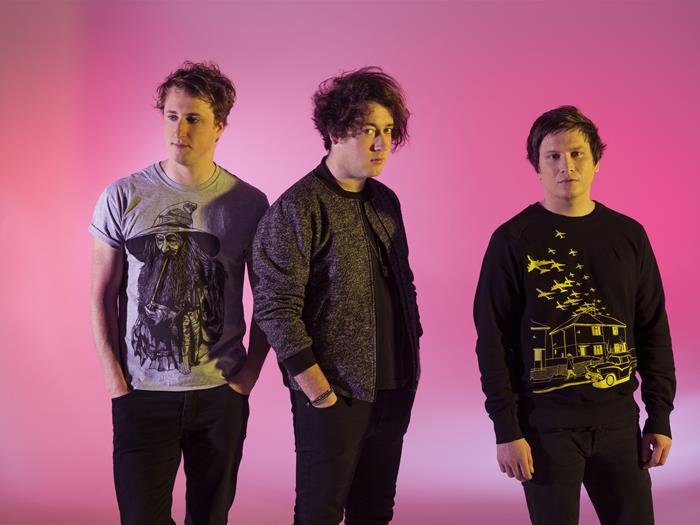 The Wombats: A 10 Year Anniversary

9 May, 2017
Web
The Wombats are back in the country and blazing a trail headlining their own 10 Year Anniversary shows and nation-wide festival – Groovin the Moo!

Ahead of their show in Perth this week and their headlining slot at Groovin The Moo this weekend, I had a chat with Dan Haggis from The Wombats about the music, the shows, and the ten years since their debut album, A Guide to Love, Loss & Desperation.

I asked Dan what its like playing the music from the first album, as they must have played some of their tunes several hundred times by now (looking at you ‘Lets Dance to Joy Division’) – “We’ve definitely played that one a few times”, he laughed, “fortunately we’ve got a few songs from each album that we know when we play them people are gonna have a good time.”

As a fan myself, It was nice to find out they weren’t sick of any of their notable tunes, quite the opposite in fact: “Its such an energetic song to play live, you can’t really help but get into it and feed off the crowd – we love playing that song cause it's what we love doing.”

If you haven’t listened to the music of The Wombats, they are nothing short of insanely infectious – perfect for belting out in the shower or killing it on the dance floor. When I mentioned my own love for their ability to get the dance floor going, Dan had a cool little anecdote to share – “I met a DJ who said that for about a year after Tokyo came out he knew he could put that song on and the dance floor would be filled with people, and that was so cool to hear that when we’re on the couch at home having our breakfast, there are people in Australia dancing the night away to some of our music.”

The Wombats are no stranger to Australian music festivals and I asked Dan what he thinks of them. “Its awesome, we love coming over here, when we did Splendor in the Grass last time people were literally caked from head to toe in mud and sliding around. It just puts a smile on your face straight away”.

It is hard to rival the intensity of the festival crowd, but this time around The Wombats solo headlining shows have a special kick to them. “With your headliner sets you can do some songs that people at festivals might not know. You can take your time a bit more and play around. Especially on this tour as the headliner shows are kind of an anniversary vibe so we’re playing a lot more songs from the first album than we normally do, and I imagine we might not play them again for a while once we do our next album.”

Did you hear that my fellow fans? There’s a new album on the way! Spoken from the man himself.  “It should be coming out around February or March. We’ve done a lot of writing and we’re hoping to do some recording around September.”

To finish off our insightful chat, I ask Dan about connecting to music he has written ten years ago and what it's like looking back on those experiences.

“Its kind of like looking at a photograph from 10 years ago and going 'oh wow! Was my hair really that colour then?' We finish some of the songs and go –  'what the hell younger Dan? Why were you playing at that speed with those chords? My arms are killing!'  But you just have to respect your younger self and just go for it.”

When I ask about connecting to the music more intensely because they wrote it, rather than listening as a fan, Dan offers some insight from the musician’s perspective.

“Its not actually that different. If I listened to a song from the Foo Fighters first album, I can still remember doing my chemistry homework when I was fifteen just dreaming of being in a band. I think when you find a band or a song you love you can end up having that same attachment as someone who wrote it, you almost feel that sense of ownership – like that’s my memory, which is what’s so cool about music – if other people can have an attachment and connect with what you’re saying, if that strikes a chord then the musician’s job is done.”

The Wombats have certainly struck a chord with a large portion of the nation, a testament to their dedication to us folks down under and their consistently sensational tunes. Do yourself a favour and see them live while you can.

You can catch The Wombats this Thursday 11th at Metro City and headlining Groovin the Moo Bunbury this Saturday 13th.