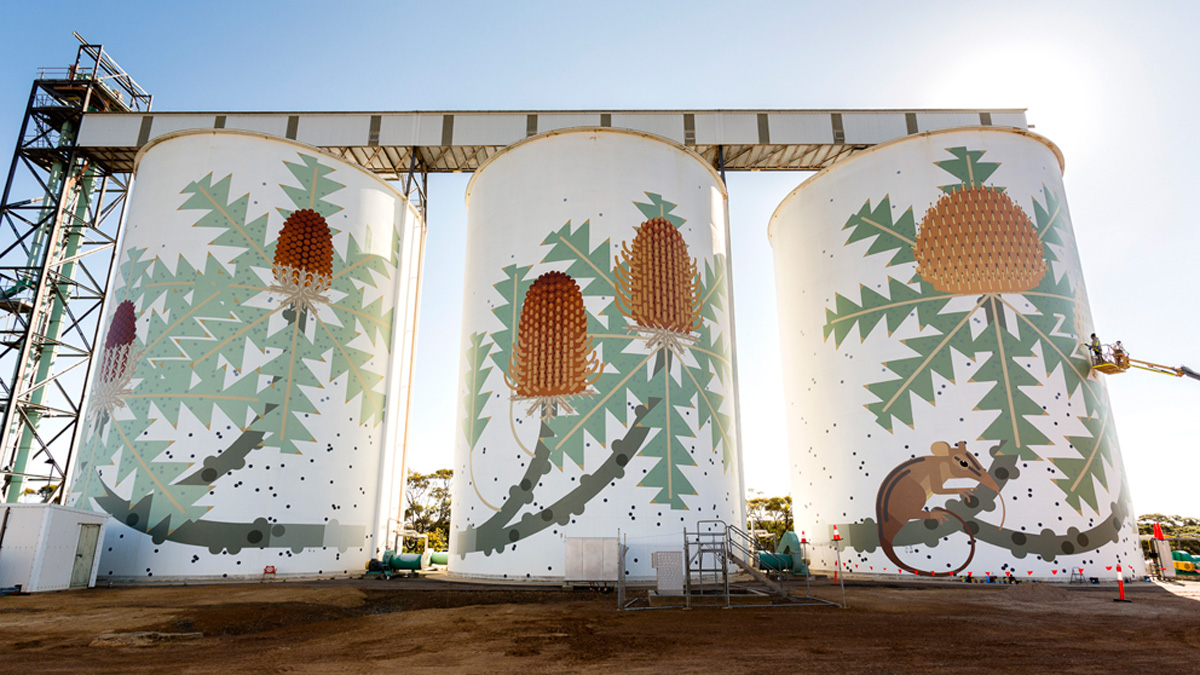 The PUBLIC Silo Trail is the evolution of FORM’s PUBLIC program of art and ideas.

FORM has partnered with CBH Group, Western Power and Lotterywest, three organisations delivering fundamental services to Western Australians, to reveal through story gathering and art on an epic scale, the regional communities forming the backbone of our state. Why? Because we think Western Australia is a work of art and we want to offer you to a new way of experiencing it.

Over the next year, the project will create a trail of national and international artworks on iconic infrastructure throughout Western Australia’s regional heartland. Artworks on grain silos, transformer boxes and all sorts of unexpected infrastructure will begin joining the dots on an unfolding regional art network which so far includes Northam’s landmark murals by international artists HENSE and Phlegm, Perth-based Amok Island’s Six Stages of Banksia baxteri in Ravensthorpe and Kyle Hughes-Odgers’ 35-mtre high mural in Merredin. This cultural tourism trail will connect a series of regional towns by a common thread of art on an epic scale, while a social documentary project will catalogue the lives of regional Australians in film and story. We intend for this project to help build the reputation of participating towns statewide, encourage opportunities for economic growth and highlight the contribution CBH Group and Western Power make to the lives of Western Australians. 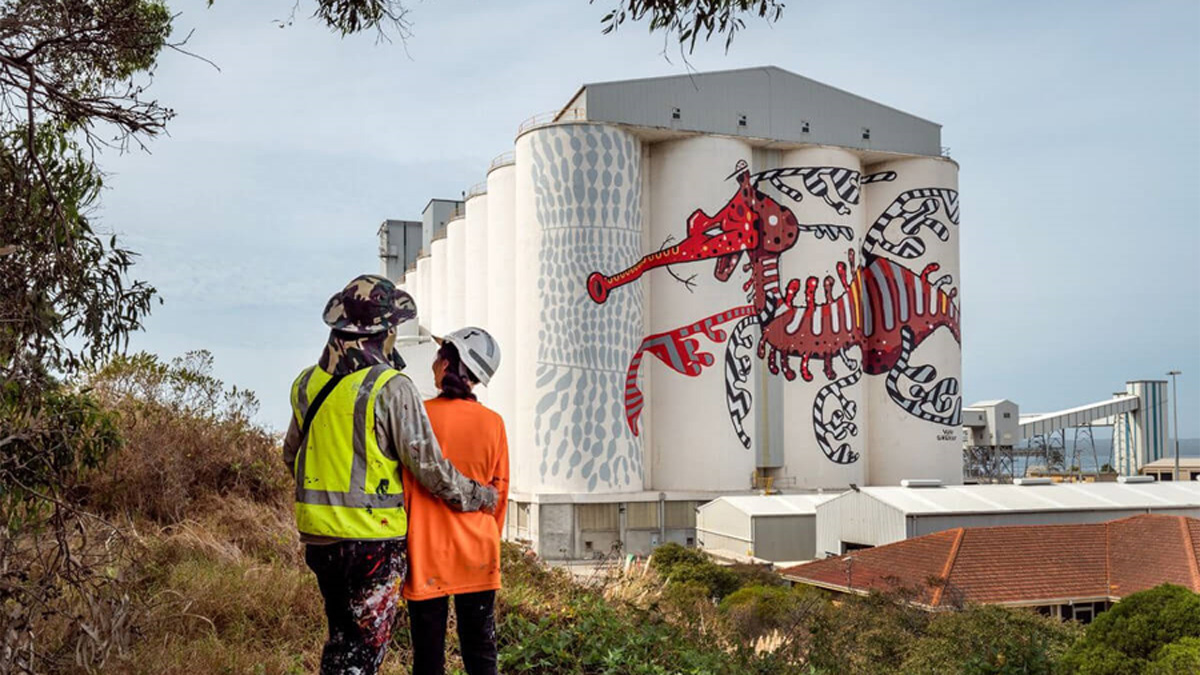 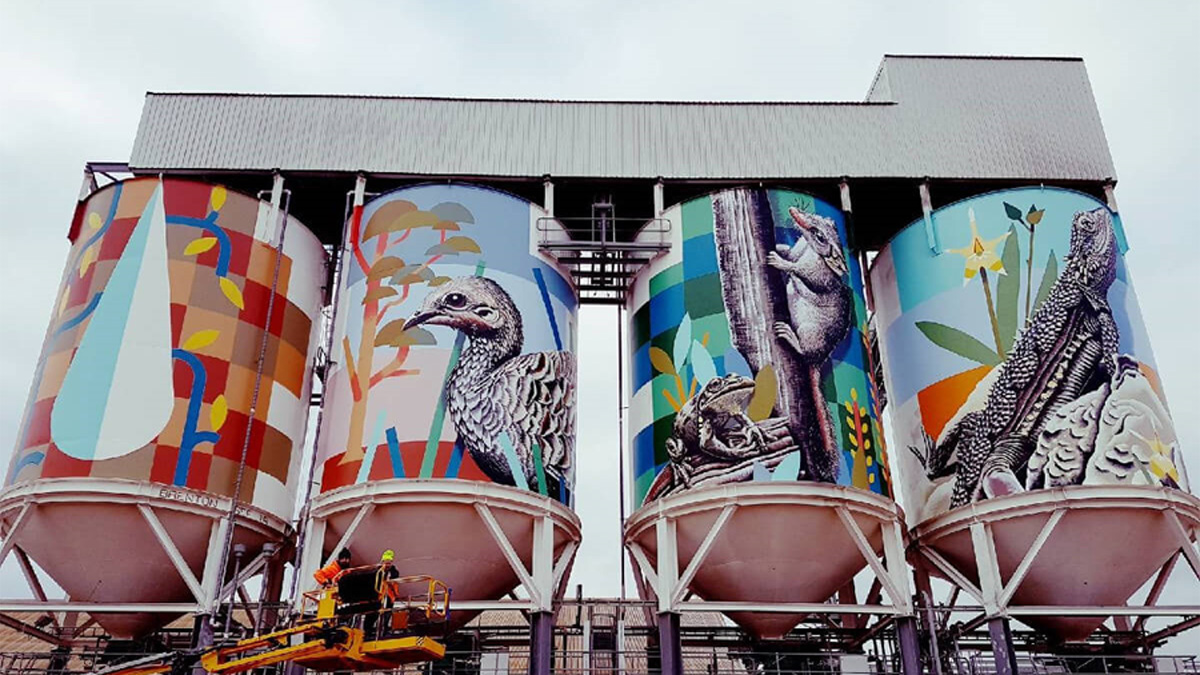 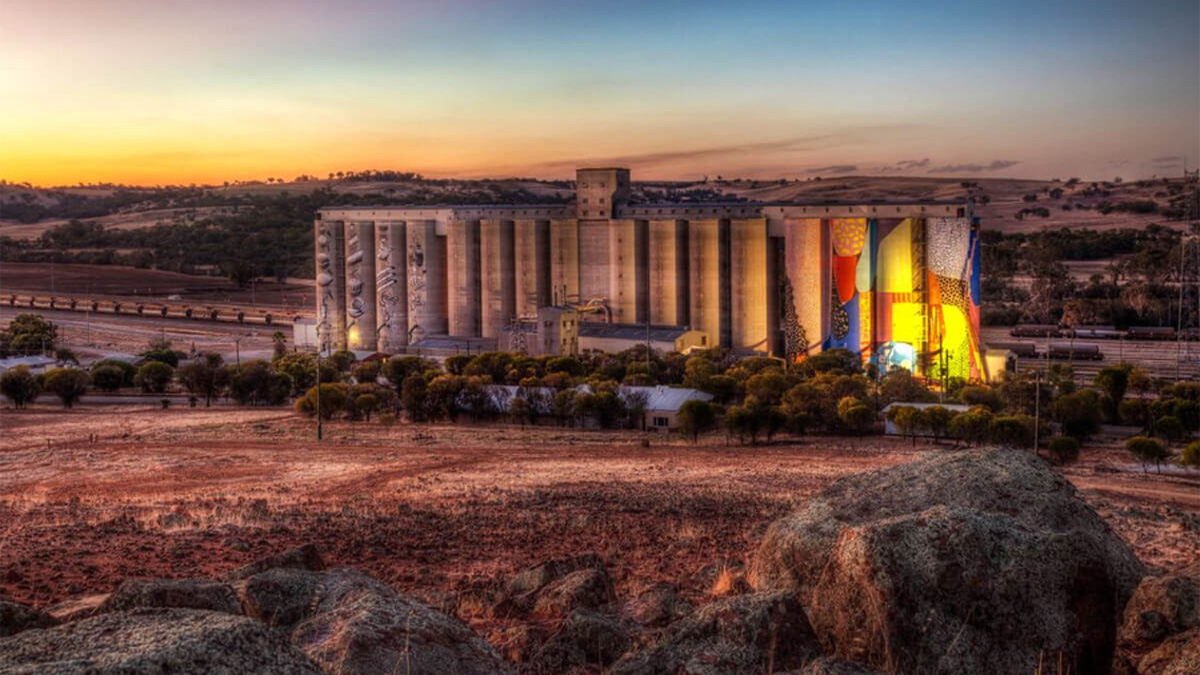 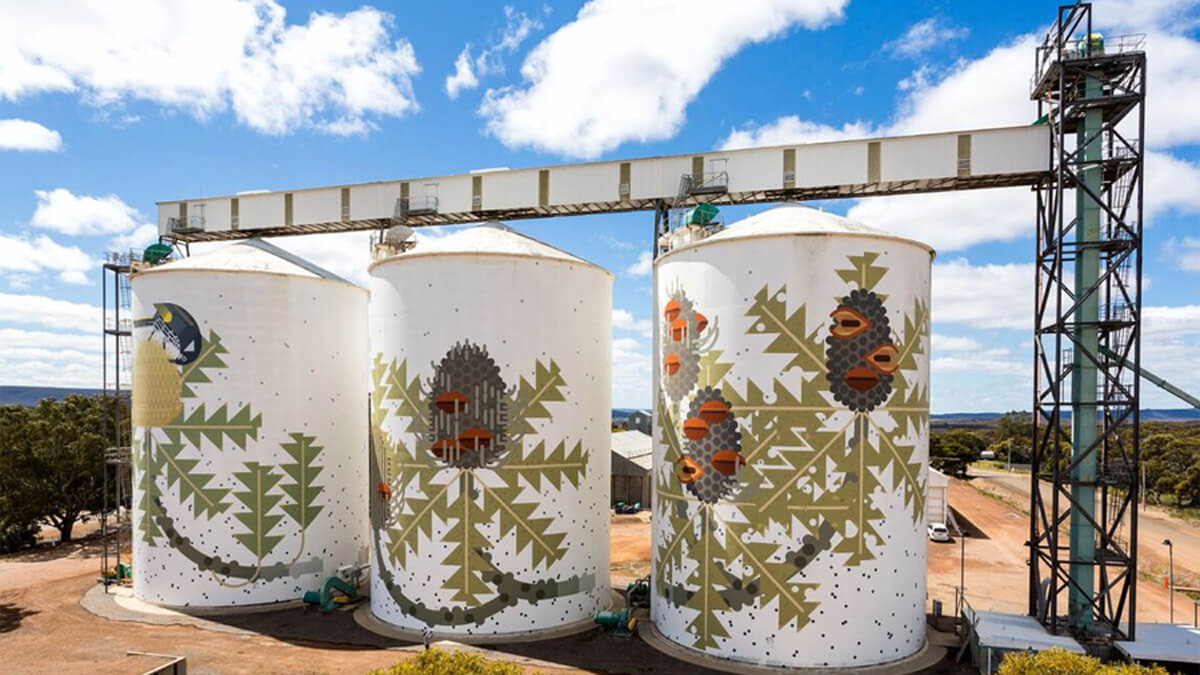