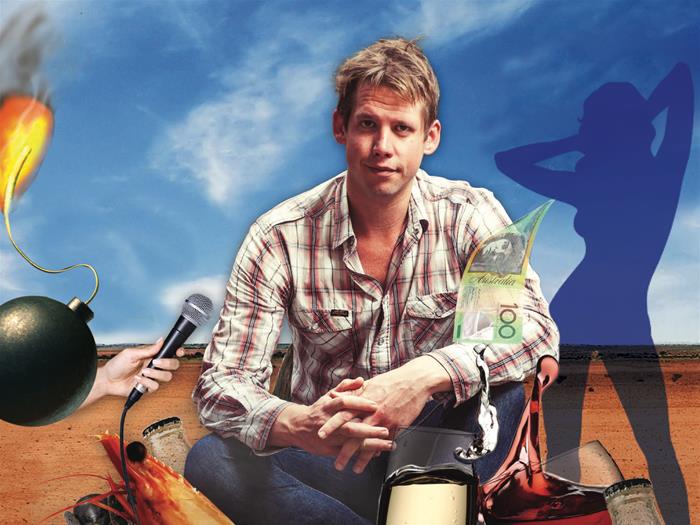 The Dinner Party Of The Year

What are three things you should never discuss at dinner? Comedian and author Xavier Toby says it’s politics, religion and money. But sex on the other hand should always be discussed, whenever and wherever.

The show is an insight into Xavier’s mind as he ponders his (real) life while debating with bottles of wine – the metaphorical (and somewhat universal) symbol for his ‘friends’. And he can’t help but think, are we all getting dumber?

Being a FIFO worker, a comedian, and a writer aren’t usually career paths of choice by one man. But they give Xavier’s friends (aka wine bottles, aka inner-self doubt, aka probably his real friends too) plenty of leverage to wonder if he’s ever going to get a real job.

“Well I did the FIFO thing after I went to the Edinburgh Fringe and blew a whole bunch of money on having an awesome time,” he says. “Writing and comedy have always been what I love to do, as well as having a great time, and sometimes they don't work too well together. So I need a real job to fund my addictions; writing, comedy and alcohol, in that order.”

All jokes aside, it’s stand-up like you’ve never seen, with Xavier touching on more contemporary topics such as the environment, the economy, immigration, IKEA, his nipples, and more.

“They're the topics I wish someone would discuss at dinner,” he says. “Especially people who are politicians, or in the media. These are issues with easy answers, but nobody wants to hear them because it's easier to take selfies, stare at a Kardashian and pretend everything is fine, or blame someone else.”

Xavier’s previous Fringe World shows have all sold out, making him a hot (sizzle) commodity on the scene this year, but he says he doesn’t have to pinch himself to believe it.

“I pay people to do it for me,” he says. “By dressing up in leather with strategic gaps, and applying electrified clamps to my nipples, butt cheeks and elbow skin. But really, it's always nice to sell a bunch of tickets. It means people genuinely enjoy what I do, or everything they want to see is already sold out.”

Yeah, we’re also wondering how Xavier is still down-to-earth despite his success.

“When you rely on credit cards to fund your trips, and hope and pray that the ticket sales will be enough to pay them off, it's pretty easy to stay grounded,” he says. “Literally grounded, when I can't afford to leave.

“With comedy, there's no real money in it unless you're Adam Sandler, and not even Adam Sandler wants to be Adam Sandler anymore. That's why he keeps dressing up as characters.”

Fringe World’s The Dinner Party with Xavier Toby is running from January 28 – February 14, 2016.