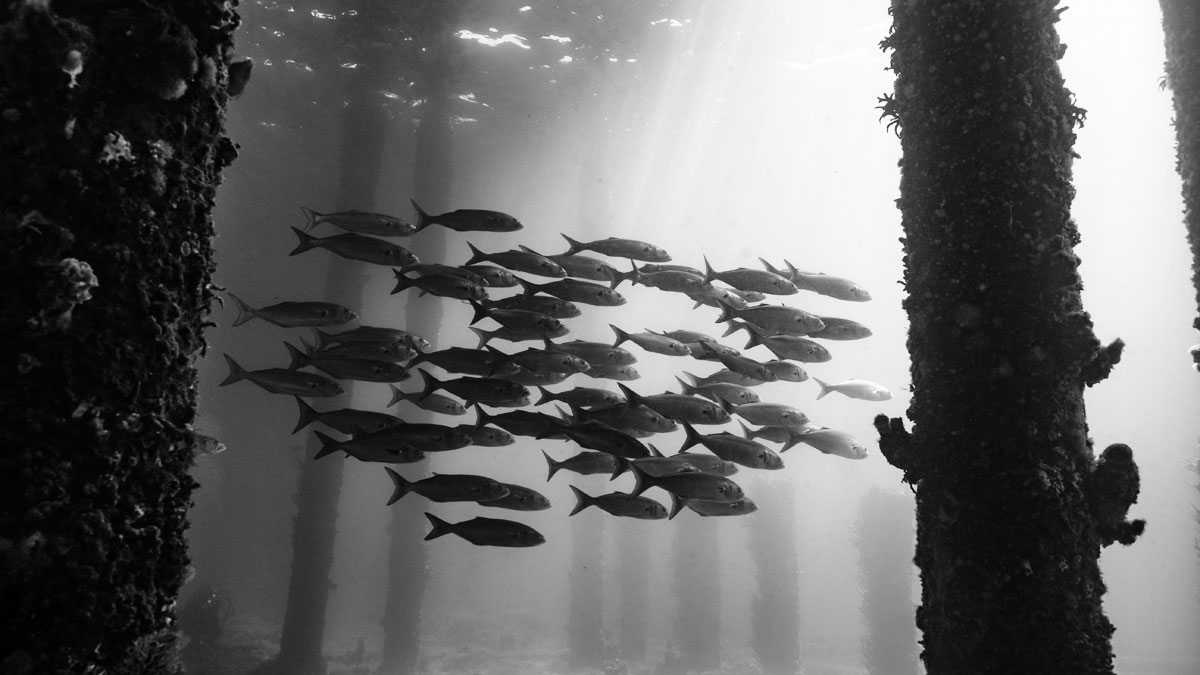 Walk under water at the longest timber jetty in the Southern Hemisphere.

The undersea wonderland at the end of Busselton Jetty is not to be missed – and it’s all down to a wonderful combination of natural circumstance and man-made convenience.

The Busselton Jetty is the longest wooden jetty in the southern hemisphere. Built more than 150 years ago, it extends 1841m out to sea, making it the perfect construction to meet one of Australia’s most incredible natural phenomena.

Named after the Dutch merchant ship Leeuwin (which explored the WA coast in 1622), and stretching for 5500km, the Leeuwin Current is the world’s longest continuous coastal current. The amazing thing about it is that it shouldn’t even be there. According to scientists, because it’s a surface current running along a western coast in the southern hemisphere, it should flow north to the equator. Instead, by a lucky anomaly, the Leeuwin Current flows south, from the North West Cape, over the Ningaloo Reef and Shark Bay coasts, before curling eastward around Cape Leeuwin and heading all the way down to Tasmania. 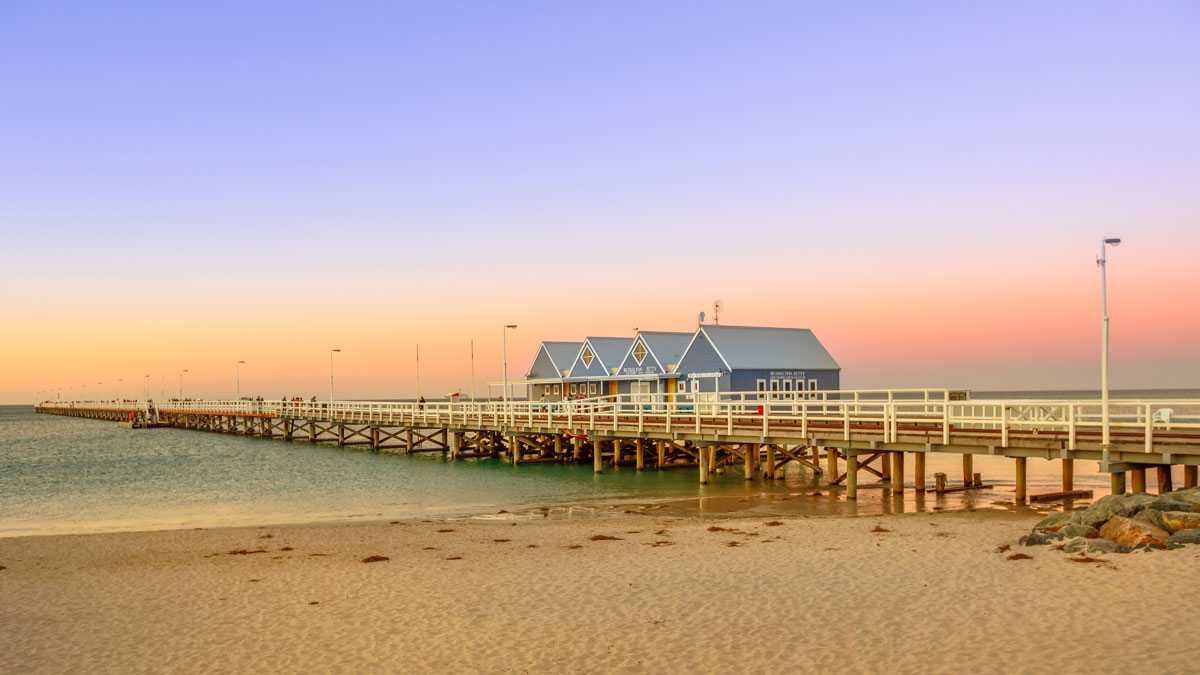 As the current flows south, it brings with it all sorts of marine life, a fact that has had a massive impact on Australia’s marine ecosystems, affecting climate, fisheries and the lifecycles of undersea species.

In the shallow Geographe Bay, the tropical water carried by the current stays warm enough for fish and corals to survive all year round, and that’s a fact that the Underwater Observatory at the end of Busselton Jetty takes full advantage of, providing the ideal place to view Australia’s greatest artificial reef… without getting wet. Eight metres below the surface of the ocean, in a waterproof chamber, you can view thousands of brightly coloured tropical fish swimming freely around the jetty’s pylons. You might even see a scuba diver or two.

There’s a cute, open-sided train that takes passengers to the end of the jetty, or you can take a lovely long walk and enjoy the ocean view. 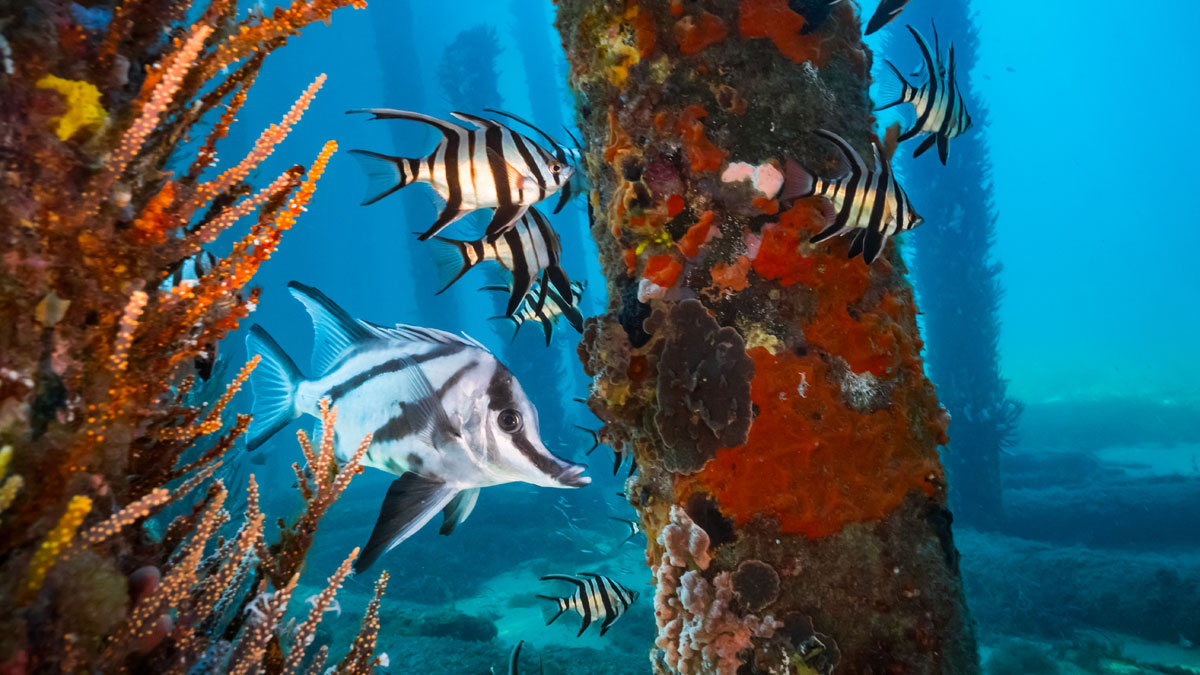 Due to an abundance of accommodation, hot weather and habit, most of us in Perth tend to head south for our holidays. But in recent years, especially during the cooler months, the convenience and beauty of the Coral Coast, not to mention the brand new highway, has seen a massive increase in interest. Starting at […] 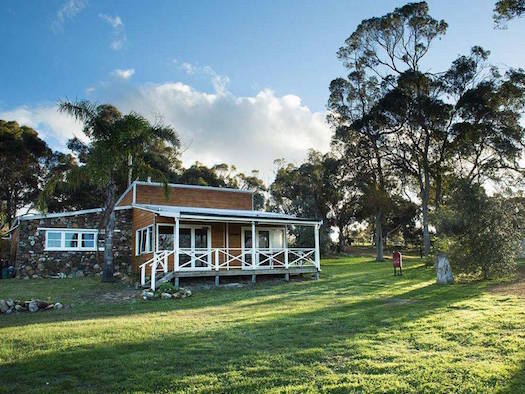