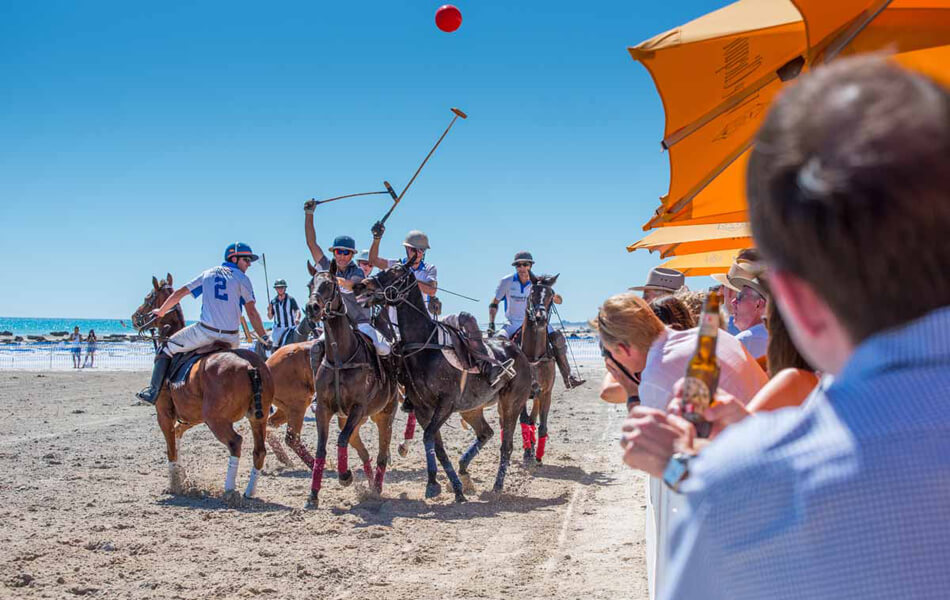 The Best Sporting Events Coming Up in WA

Whether you’re taking part in the action or enjoying it all from the sidelines, there’s something for everyone to get their sports fix this month. From an adrenaline pumping shows like Nitro Circus, to relaxed family vibes at the WAFL games, we’ve found all the best sporting events coming up in WA. Want more? Check out 30+ sports events online.

Join some of Australia’s most talented players and guests from around the world at WA’s most glamorous sporting and social event: enjoy 3 days of world class sporting entertainment, warm weather, fine food and Perrier-Jouet champagne. Tickets start from just $85, with options to purchase a VIP Platinum Passport, which includes access to invite-only events and VIP experiences.

The global action sports entertainment phenomenon Nitro Circus is bringing its huge all-new show, ‘The Next Level Tour’ to WA this April. It will feature the biggest ramps on the planet, including the huge FMX Best Trick ramps Gregg Duffy and Harry Bink hit to top the World Games podium. The best athletes in FMX, BMX, Scooter and Inline will raise their game as well, throwing down with never before seen tricks.

Local football is the best way to enjoy a chilled, family day out – you can’t get a half-time kick of the footy on field at the AFL! We’ve got all of this season’s fixtures listed online: league, reserves and colts. See them all here.

As part of the World Surf League (WSL) World Championship Tour (WCT), the top ranked 34 male and top ranked 16 female surfers compete over a 12-day period. Now in its 32nd year, the competition is a celebration of sun, surf, food and arts! if you’re heading down south, get your tickets for The Drop – a brand new festival that coincides with the weekend of the Pro.

Open to both Surf Life Saving members and the public, this 2km ocean swim race embodies the essence of fun and participation, and will feature some of Australia’s best athletes. Registration closes this weekend, Apr 14.

The Margaret River Ultra Marathon boasts 80 kilometres of magnificent trail running through the Margaret River region. Conquer the marathon solo, or run as a team of 2 to 5. Online registration ends May 1.

Get the kids moving during the school holidays! Activities include flying fox, commando course, archery, high ropes, canoeing – all with lunch included! Adventure Days are for children strictly between 7-14 years old. Registration is open until sold out.