Having worked with Ed Sheeran, Matchbox 20 and Rolling Stone magazine, Jarrad Seng is one of the most famous faces (and hairdos) on the Perth creative scene. We chat to him about approaching strangers, the Instagram follower he freaked out over, and that hair…

You’re in Sydney right now, what are you doing over there?
Well, I’m sitting at Bondi Beach right now, people watching.

When you people watch, do you single people out and ask if you can take their photo?
(Laughs) No, not here, not at the beach. It might be slightly creepy, you might get arrested. When I was travelling overseas, approaching people feels less weird. You just say you’re a photographer from out of town. But when you’re in Perth, people are like, “What are you doing?!” In Europe last year, I approached a stranger a day to take a street portrait. What was your favourite one?
One time, I was in Amsterdam, completely lost. I was walking in the same direction as this girl for ages. It started looking creepy, like I was following her. But I asked to see her map and it turned out she was lost too, and she was Australian, from Sydney. I was on tour with Passenger at the time and she said she was a big fan so I invited her to the show, then we ended up hanging out in Sydney later. It was just so weird, both lost, both from Australia, walking side by side, but because we were strangers there was no reason to talk to each other. When you’re taking photos, it gives you a reason. That’s what it was like with my 24 Hours in Perth project.

How many people did you capture for that?
In the end, it was a little over 300 people, so one portrait every five minutes without stopping. It was non-stop walking around for twenty-four hours.

Non-stop?! How many coffees did you have?
I had one coffee. I didn’t want to crash too early so I was saving it, then in my twenty-first hour I realised I hadn’t had any! I took a photo of a concierge standing outside a hotel, and he invited me in and made me a coffee. He was so nice. Did you get any creepers out in the early hours of the morning?
No, actually! I was expecting a little trouble, I had organised a few friends to kind of tag team, so there was always someone with me, just in case. There were a lot of crazy characters but sometimes the craziest-looking ones are the nicest. There was this guy called Kenny, he has tattoos covering his entire face, and he was really cool to talk to. Since then, Kenny came past the window by chance when I was installing it and I showed him his picture.

You have a pretty intense social media following. When new people follow me on Instagram, I’m like, “Yes! New follower!” Do you ever get excited now?
(Laughs) Well I check them out! Though you know you can only see something like eighty notifications at once, so a lot of the time I just don’t see things… I’ve never
had that issue. But I definitely get excited if people I look up to or want to meet stumble across my work. It’s a bit embarrassing but if you look through my phone you’ll see screenshots of things like ‘John Butler Trio likes your photo’ or ‘James Vincent McMorrow likes your photo’. I play James Vincent McMorrow’s album at least a few times a week, so it’s pretty surreal to see something from him pop up. I met him, I was like (nonchalant voice) “Oh I like your work, that’s cool” – but he doesn’t know that really I’m a super fan boy! I go to sleep listening to this guy’s voice!

If you could have anyone in the world like your photo, who would it be?
Oh, wow. That’s a tricky one. It would be cool if it were just someone completely random and famous… Like, imagine if Miley Cyrus liked my photo.

Which photo do you reckon Miley would like?
There are a few funny ones of me jumping around naked, hair flipping! I don’t think it would be like peaceful scenery in the woods (laughs). Or, there’s one with me kissing a giraffe and the giraffe has this massive tongue –

Wait, you’re fully making out with the giraffe?!
Well, it was one-way! I was going for a normal peck but the giraffe took it too far.
You have really awesome hair. Does it take you long to style in the morning?
Yes, thank you. I agree (laughs). No, I actually do nothing to it. It looks better unwashed so sometimes when I have to get a photo I let it sit for a while…

I bet it’s really good for headbanging.
It is! It’s good for photos too. It’s like my thing now.

“I was going for a normal peck but the giraffe took it too far!”

You used to study law. How do you reckon the hair would’ve served you in the courtroom?
I reckon whatever I did or could have done in life, I would use the hair to my advantage, like a brand: “There’s that long-haired lawyer”.

Do people recognise you now?
It happens every now and then, especially when I’m on tour with a band. One time, I was in Sydney and this young couple ran up to me, and they seemed a bit excited and asked if they could take a photo with me. I was with a friend, so kind of played it down, like, “Yeah, whatever, happens all the time”. Then they said, “Thanks so much, we’re doing a scavenger hunt and we needed someone with a moustache!”

Burnt!
Yeah, I kind of had to take that one. 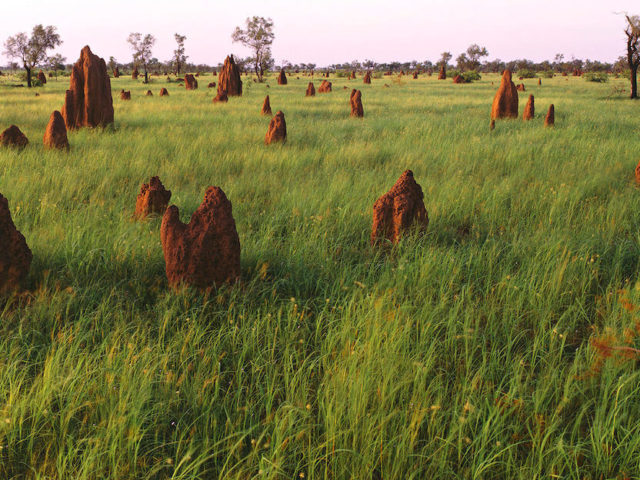