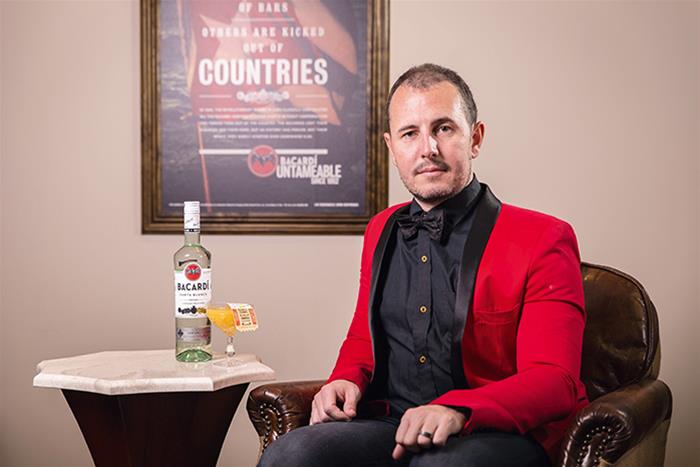 11 Apr, 2016
Web
Freshly crowned Bartender of the Year by the Australian Hotels Association, Andrew Bennett FROM The Classroom schools us on cocktails, themes and the Perth hospo scene.

You’re a fourth generation bartender. Did you always know what you wanted to be?
In my early teenage rebellious years I did everything to try and forge my own path, but in the end – as clichéd as it sounds – the apple doesn’t fall from the tree. My parents met at my grandparents’ bar, which was the Last Drop Tavern in Kalamunda, and before that my great-aunt had gotten off the boat from Ireland and had become the stewardess of the Cleopatra Hotel down in Fremantle.

You’ve got booze in your veins! You used to work as a lawyer – was it a challenge to drop out of the corporate rat race and go into bartending?
It’s funny, I think most bartenders think they’re lawyers at the best of times, and most lawyers fancy themselves cocktail aficionados. There are innate similarities – both talk for a living, both are immersed in customer service and dealing with people’s problems, they just handle them differently.

As a former lawyer and so heavily involved in Perth’s hospitality scene, what’s your opinion on the city’s liquor licensing laws?
I count myself lucky to have had that background before we started our first liquor licence application for The Classroom. I’ve probably written about four or five applications since, and they definitely don’t get easier. I really feel for operators who don’t have the same awareness of the legality and potential stumbling blocks that can present themselves when applying for licences. It’s a truly mammoth exercise.

You have cool themes for your venues. What are some themed drinks and food you’ve made?
Most recently, we wanted to do this shared plate concept at (my other bar) Lucky Chan’s – a grazing board or a chef’s selection. But a chef colleague of ours said, ‘Why don’t you put all those dishes on one of those mini ironing boards, you know, those travelling ones that hotels put in closets?’ It’s kind of like our version of a Lazy Susan in a traditional Chinese restaurant. 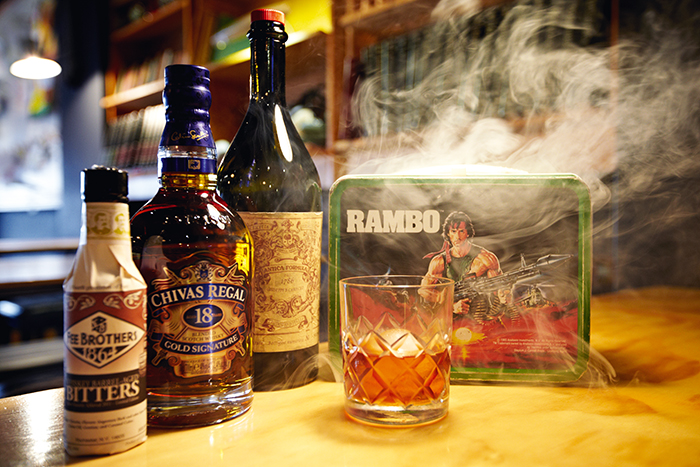 A liquid nitrogen-infused cocktail from the Classroom.

The Classroom uses liquid nitrogen in a lot of its cocktails. Where did you get that idea?
At The Classroom, we had the idea of dividing our drinks into art, history and science subjects. History was your classic cocktails – Manhattans, martinis – and art was our crazy and wacky creations, whether that involved edible paper or painting murals on top of cocktails. Science was the smoke and fire and flames, and that’s where the liquid nitrogen came in.

What are other unusual ingredients have you used?
We’re currently using an old-fashioned Bunsen burner on the bar to chargrill some peach for a new twist on a peach cocktail. We just finished a really popular cocktail called the Cherry Pop, which was garnished with a small helium balloon that was tied to the vessel. The balloon was filled with cherry essence, so when it was popped it misted or atomised the essence over the drink.

Let’s play a little game. I’ll tell you a famous person, and you create a drink for them.
Sure.

Kanye West.
In London, there’s a famous bar called Artesian that presents drinks with fabulous garnishes and over-the-top vessels. They previously did one served in a glass that had a small mirror set against it, with a deliberately small straw, so you had to lean down to drink it, and you were forced to come face to face with your own reflection. I would do a similar thing for Kanye, but serve it with as many mirrors as possible, so he could constantly see his reflection.

What about George Lucas?
There’s a great cocktail we came up with a couple of years ago that we served in test tubes, and put glowing, neon completely non-toxic ice cubes in it that glow like a lightsaber. I would serve George Lucas a drinkable lightsaber.