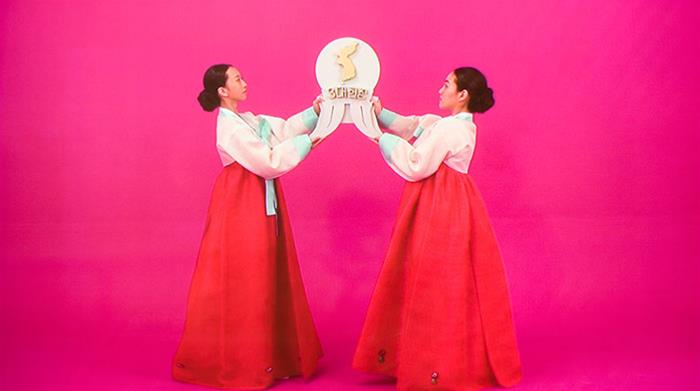 The Art Gallery of Western Australia has withstood the test of time and, with help from the AGWA Foundation, is now presenting some of its best exhibitions to date.

Before Fringe World and Perth Festival, before quirky collectives and large-scale murals, the City of Perth had a sole arts provider: The Art Gallery of WA. Since 1894, the Gallery has built and maintained its position as our state’s central arts institution, thanks in part to the AGWA Foundation, which has turned 25 this year. To celebrate, AGWA is holding an exhibition of the best of the best from the Foundation’s acquisitions.

“The exhibition is just a small representation of the depth and breadth of works that the AGWA Foundation has enabled the Gallery to acquire for the State Art Collection and the benefit of all Western Australians,” says AGWA director Stefano Carboni. “Having a strong Foundation enables AGWA to engage with a committed group of arts supporters… to build the support for arts and culture at the Gallery and in WA.”

Since its inception, the Foundation has enabled the Gallery to bring more than 4500 works into the State Art Collection.

“In recent years the AGWA Foundation has played a pivotal role in AGWA’s ability to grow the Collection,” says Stefano, “with more than 80 per cent of acquisitions made possible by the Foundation.”

Stefano and the Foundation – which raises funds to assist the Gallery in acquiring works – have maintained AGWA’s integrity in a rapidly declining industry, even as numerous galleries have closed their doors. But despite a burgeoning State Art Collection, it hasn’t always been smooth sailing.

Late last year AGWA was shrouded in negativity after Stefano decided to wrap
up the popular MoMA series early. It was a decision that seemed controversial at the time, and one the media chose to focus on, regardless of the fact the series had been such a success.

“In November 2013, we made the difficult decision to end the MoMA series after 18 months,” Stefano says. “It was a difficult and disappointing time for the Gallery. However, in the 18 months that we collaborated with MoMA, we achieved considerable success. Over 240,000 people visited the three exhibitions and in the 2012/13 financial year we experienced a 25 per cent increase in visitation.”

Of those who attended, more than 60 per cent were first-timers to the Gallery.
“Visitor research has confirmed that it generated increased awareness of the Gallery within both the Western Australian community, and nationally, and attracted high attendance by those visiting WA from overseas,” Stefano says.
“Australian audiences were privileged to view works from MoMA’s collections including artists such as Cezanne, Dali, Matisse, Mirò, Mondrian, Picasso, van Gogh and many others. It was a true collaboration between AGWA and MoMA, with MoMA lending many of their most treasured pieces, and this is an outcome that I will always be incredibly proud to have achieved.”

More than 400 works were displayed during the series, 95 per cent of them never showcased in Perth before. It’s these types of exhibitions that Stefano hopes to bring to Perth on a regular basis, helping to generate a larger, more diverse art scene.

“Inspiring artworks are a catalyst for creativity – they allow us to glimpse our past, contemplate our present and imagine our future,” the director says. “This year we’ve held the highly popular Guy Grey Smith: Art as Life exhibition, a contemporary art exhibition Impact, and currently have the family-focused Animal Ark, and the extraordinary Richard Avedon: People alongside the 25th Anniversary exhibition and a new design exhibition, Australian Design: Ten Years of the Peter Fogarty Fund.”

Stefano also recognises the part technology has played in the way galleries and museums interact with a wider audience.

“Through increasing use of video and apps we can share more of our stories and artworks. Providing greater access to AGWA’s collection online is something that I am keen to explore.”

There are interesting times ahead, and AGWA’s not backing down anytime soon.
“I feel there’s a growing desire to interact and experience art, which can be reflected in the success of Fringe World, Perth Festival and Melbourne Now,” Stefano says.

“There is also growing desire to engage with Western Australian and Australian artists. This is a renewed focus for the Gallery in 2015, with some exciting spaces coming in to play.”