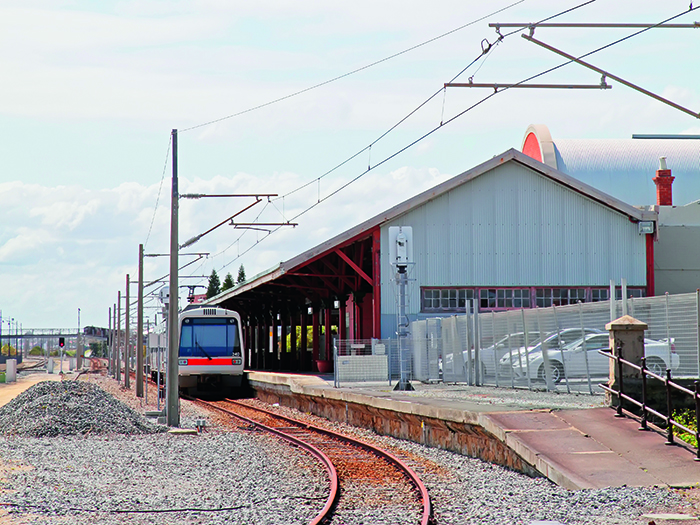 26 Mar, 2015
Web
WA is shrugging off its Wild West past to become a centre of sustainability, innovation and cool. Sustainability expert Professor Peter Newman says it all comes down to idealism, which Perth has in spades.

On The Gruen Transfer a few years ago, the ABC’s chosen marketing gurus were asked to sell the idea of a “bogan-proof fence stopping Western Australians from crossing to the east”.

I was amazed by how seriously they took it.

The view from across the Nullarbor is that Perth is a “Wild West” town with few of the features of a cultivated and civilised society. There is some truth in this, as our treatment of the Noongar would indicate, and we have little of the iconic architecture or memorable townscapes of the European ideal. Perth is much more than a relic of the Wild West; its civic sensibilities are strong and it is setting the pace towards building a sustainable future. Preserving bushland has had a strong scientific and popular base. The forest campaigns began early, as people realised how special
these forests were, but it was not until the 1960s that their conservation campaign really got going. Finally, in the 2001 election, “stopping the logging of old growth forests” became the mantra of the ALP government.

Geoff Gallop won the election. Polls showed that not only were all his Australian Labor Party supporters wanting to set aside these forests, but 92 per cent of Liberal voters as well.

Never before had there been such a complete whitewash of the opposing forces. WA was the first state to make such a decision.

During the 1990s, alarming predictions were made that Perth would have to be abandoned in the near future because its water supplies were not sustainable. The Water Corporation decided well before climate change became a political football that the predictions were real.

In the eastern states, desalination became a dirty word for wasted public expenditure: the plants built at the end of the last big drought have hardly been used. Not in Perth. Over half of the water supply comes from the Indian Ocean, and soon recycled, treated sewage will recharge depleted aquifers. Perth is now climate-proofed – the first Australian city to successfully introduce wind-powered desalination.

Desalination and recycling of sewage were the only real options, and despite being the first city to attempt it, the politicians moved quickly to affirm desalination. They have been proved right. As the Pacific Ocean moves into another El Niño drought cycle, the eastern seaboard cities will move to use the mothballed desalination plants that were built just as it started raining again.

Perth 25 years ago had virtually no railway system. Now, there are more than 70 million passengers a year travelling on fast, quality railways to the north and south. Perth has always been a car-based city. The processes that began to reverse this, and build railways instead of freeways, were not the result of public-sector plans – they were shaped by civil society action, through the political system.

The railway to Fremantle was closed in 1979 after a government report claimed Perth would never need a rail system. A four-year grassroots campaign resulted in the removal of a government, and a period of rebuilding. Extending the rail into new areas was the subject of at least four elections, and at each one the same public-sector advice suggested that car-based suburbs would never work with a rail system.

The public disagreed, and hence fast rail was introduced into the long northern and southern corridors with spectacular patronage results. The ‘Perth model’ of building rail into car- and bus-only suburbs is now being adopted in many cities around the world, including all the main cities on the east coast.

Perth has had a long history of idealistic planning. Gordon Stephenson, Britain’s most eminent planner, drew up a plan in the late 1950s that created a long-term land use, infrastructure and open-space strategy girded by a statutory process with real legislative teeth.

Perth’s main planning problems are due to car-dependent urban sprawl. The Stephenson Plan was created when car ownership and use were rising dramatically, so building a city to accommodate this seemed to make sense.

Cities are shaped by their dominant transport mode, as housing and jobs cluster around the means of transport. Thus, we have central cities of Perth and Fremantle (the old walking city fabric) and the traditional railway suburban corridors (the transit city fabric from the 1880s to 1950s) that are rather thin. But the city now stretches for 120km along the coast; predictions for 2050 suggest the sprawl will extend more than 270km from Myalup to Lancelin. The resulting lifestyle does not suit everyone.

The latest boom lured a clutch of young professionals west. They wanted an urban lifestyle with all the benefits of being able to walk, cycle or take the train to work, with nearby bars and entertainment precincts, top-end restaurants and interesting places to stroll.

And Perth has begun to provide it. Car use per capita has peaked, and the city has witnessed a dramatic growth in rail and cycling. And those thin bones of the walking city in Perth have been strengthened to create a much more interesting city centre.

The next phase of filling in centres across the inner and middle suburbs has been planned, and stresses the need for more redevelopment
and less sprawl. But it is still tentative, and most local governments are not so keen.

At Curtin University we have developed a Plan for Perth, which suggests the next 30 years of urban growth should be filling in the gaps rather than sprawling. The development will need new rail extensions and a series of 20 to 30 cities within already existing suburbs.

It’s a plan to save money, petrol, greenhouse emissions and bushland – but will it happen? “Perth people don’t like living in flats” has always been the cry. But now, a large and young group seek dense, green urbanism and want to live in such centres. A more sustainable urban form beckons if we can overcome the fear of density.

Cities are always much more complex than their popular perceptions. But as populations grow, planning is more important than ever. It is worth remembering the lessons of the recent past: we saved the forests, provided a sustainable water supply and built a rail system. I was
surprised that they actually happened, but not that they worked. I hope I will be surprised again, and Perth becomes an urban centre of sustainability.

This article has been extracted from a piece originally published in Griffith REVIEW 47: Looking West, edited by Julianne Schultz and Anna Haebich. griffithreview.com.