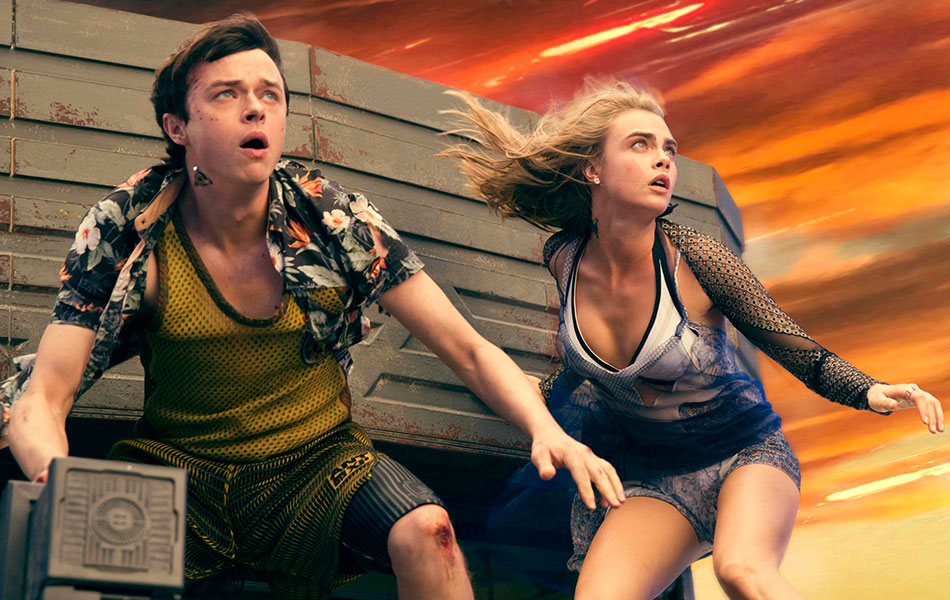 Vibrant, fun and energetic, Valerian is the latest sci-fi adventure film to hit the silver screen.

Perhaps best known as the writer behind sci-fi hit The Fifth Element and thriller Taken, Luc Besson has produced another high-action space thriller in Valerian and the City of a Thousand Planets.

Based on the comic book series by Pierre Christin and Jean-Claude Mézières, the film follows Major Valerian (Dane DeHaan) and his sidekick Sergeant Laureline (Cara Delevigne) as they battle to protect Alpha, a vast metropolis made up of citizens from a thousand planets in the universe. As their investigations continue, they find themselves drawn into a dark plot headed by the sinister Commander Filitt (Clive Owen) covering up a dreadful atrocity that wiped out an entire planet thirty years previously.

With a brief cameo from Rhianna, Valerian is pulling no punches when it comes to bringing out the big guns. Dane DeHaan is cocky and engaging as the adventurous Major Valerian, while Cara Delevigne pulls some kick-ass moves as his no-nonsense deputy. But it’s Clive Owen as Commander Filitt who steals the show as the bad guy, dripping menace on everything he encounters.

The film is visually stunning and creates a great sense of spectacle that’ll leave your mind boggling at the possibilities of what might actually be out there. But the plot is a bit meandering, with a number of diversions and distractions that mean it takes a while to get to any kind of resolution. It’s enjoyable, but perhaps a little long winded in places as obstacle after obstacle seems to get in the way of the duo finally solving the mystery of the destroyed planet.

Fiery, spectacular and energetic, Valerian has all the class of a modern space blockbuster while still retaining the adventurousness of it’s comic book roots. It’s well worth a ticket if you’re looking for a bit of fun.

Valerian is on general release now.