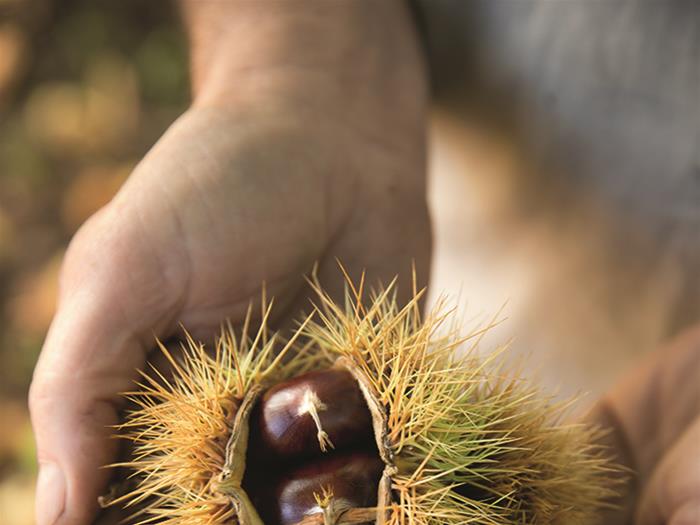 30 Jun, 2015
Web
Attracting lovers of beaches, woodland and historical sites, the Southern Forests region is a fantastic destination all year round. But winter is when it really comes into its own, attracting foodies from all corners of the state.

It happens every winter in WA: a mass migration of foodies out of the city and into the country in search of slow-cooked meals, roaring fires and temperatures cold enough to justify, well, complaining about the cold. Those in the know – and in search of a good feed – head to the Southern Forests, a thriving agricultural region located three hours south of Perth, comprising Manjimup, Pemberton, Northcliffe and Walpole.

By day, the gourmets visit sprawling apple and avocado orchards to chat with third- and fourth-generation farmers. They drop by wineries to sample pinot noir and chardonnay poured by the grape-stained hands of the winemakers themselves. They catch their own trout, pick their own berries, and hunt – with canine assistance – for their own truffles. By night, they cosy up by the fire with a glass of local red and a platter of the day’s tastiest finds. For foodies, it doesn’t get much better.

A few weeks ago I was one of them, driving along the curvy, karri-lined country roads, my car filled with the scent of freshly picked stone fruit and the sound of marron scratching at the sides of their temporary Styrofoam homes, my mind filled with visions of the night’s masterpiece meal. 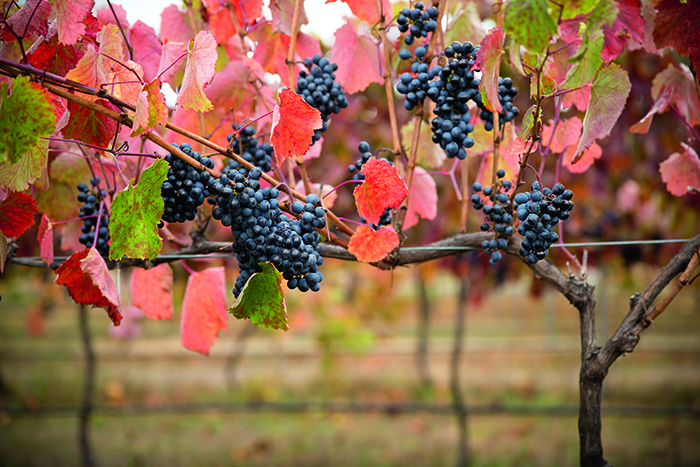 It wasn’t my first time to the region. A few years back, I’d experienced all the guidebook-recommended sights. I tiptoed along the Tree Top Walk, climbed the Bicentennial Tree (ok, I watched my friend climb more than 65m as I stood sweaty-palmed on the forest floor), explored the Understory Sculpture Park and learnt about the region’s pioneering past at Pemberton Museum.

Only later did I realise what a dire mistake I had made. I’d been so preoccupied by the sights that I’d completely overlooked the tastes. Had I tasted a Manjimup cherry plucked straight from the tree? No. Had I sampled the famous pancakes from the Lavender & Berry Farm? Negative. I hadn’t even tasted a single truffle. Shame on me.

This visit, I would spent three days talking to chefs, farmers, winemakers and artisans, and taste everything grown, fermented or cooked by them. Nothing short of a food coma could stop me. 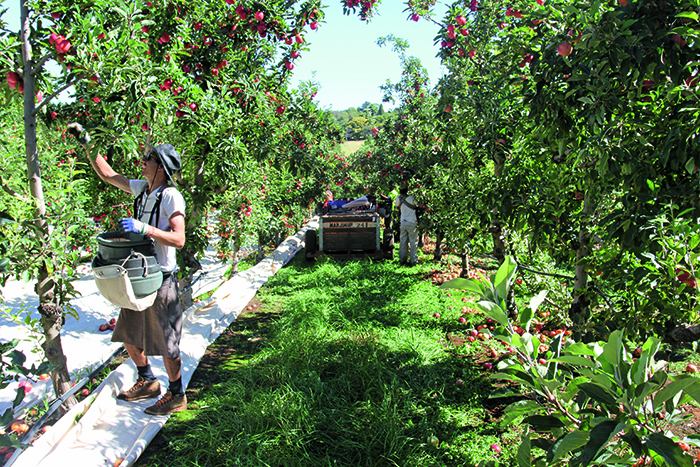 I hit the food trail just outside Manjimup, the northernmost town in the Southern Forests and home to more than 4000. The blink-and-you-miss-it town is surrounded by corduroy hills of fruit trees, broken only by the occasional farm shed and dusty tractor track. I drive along Seven Day Road until I reach Fontanini’s Fruit and Nut Farm.

My guide is Shaun, a fourth-generation farmer of avocados, nuts and apples that are destined for the Canning Vale markets and the eastern states. As Shaun’s ute trundles up the rugged path past neat rows of Kanzi, Royal Gala and Hi Early apples, I ask about the white sheets lying beneath the trees.

“They’re to colour the apples,” explains Shaun. “The sheets reflect the light to colour the undersides of the apples instead of just on top where the sun hits them. It’s getting worse every year – people want more and more colour and it’s harder to get, especially with the older trees.”

We stop by a group of backpackers who are picking the apples by hand.

“Eez theez for the newspaper?” One gregarious picker asks, noticing my camera. “You can say that zee French are zee best pickers in zee world. Eez true!”

He hands me a Royal Gala from his basket and I laugh as the juice runs down my chin. So this is what an apple tastes like before it’s covered in wax and stickers. Yum. 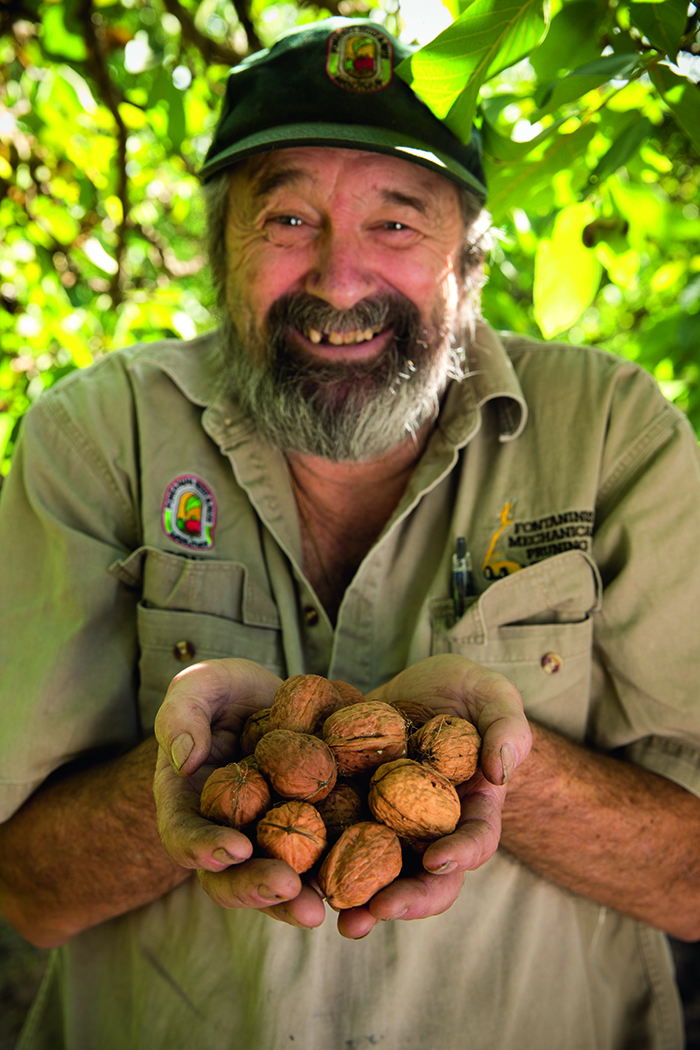 Julia Ryan, whose family owns Ryan’s Potatoes, explains that it’s not just visa-seeking backpackers who benefit. “It works out well for us growers, too. It’s really hard to find locals to do these jobs since they’re after steady work. Backpackers have always been great for this seasonal work.”

But other family-run farms are deviating from the traditional agricultural model. Take Ann and Maurie Lyster and their son, Tim, who own Lyster Orchards, a 20-hectare farm growing avocados, pears, apples, tomatoes and more besides. Aside from the farm, they run a quaint farm shop selling just-harvested produce and home-made ice-cream, along with delivering produce boxes to neighbouring regions. Plans are also underway to open a cafe overlooking the orchard. I ask Ann how the family manages to get it all done.

“You learn to sleep fast,” Ann says with a laugh. “But it helps that we have a real passion for the Southern Forests. We’ve got very fertile soil, we have fantastic rainfall and the winds, which arrive here from Antarctica, don’t cross any polluted areas. It’s such a pristine environment. In fact, we’re one of the most spray-free regions in the world. Most people don’t know that.” 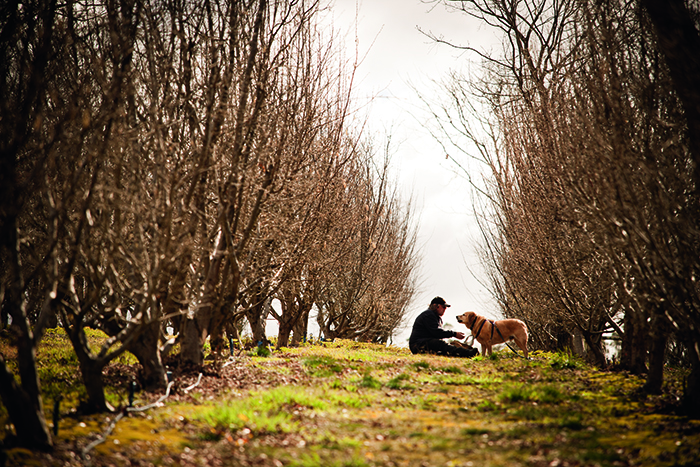 Tim believes the future is bright. “People are starting to take a real interest in where their food comes from. It won’t take many more instances like the frozen berries debacle to inspire people to start asking more questions. Our success will depend on capitalising on that. I mean, we’ve been growing this stuff the whole time.”

His father, Maurie, agrees. “The more people visit farms, the more they understand produce and affect change. Take potatoes. The best thing you can do with a spud is not wash it and put it in a dark, brown paper bag. Keep it as natural as possible. What do the supermarkets do? They wash them, put them in clear plastic bags under bright lights so when people take them home they’re green! Once consumers learn best practices, things will change.” 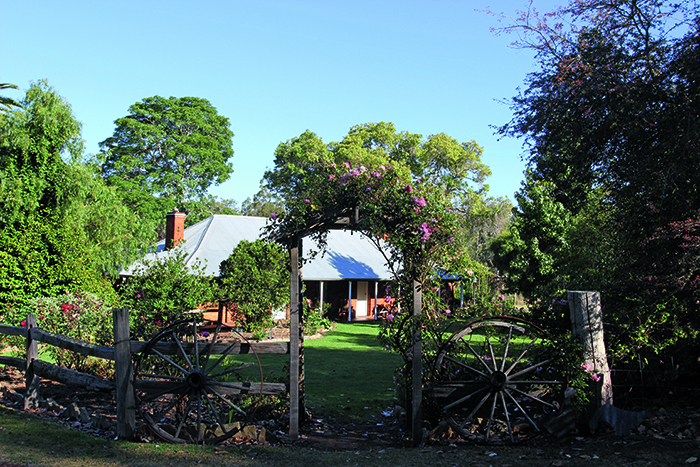 This particular brand of engaged culinary tourism is one that local celebrity chef Sophie Zalokar, owner of lauded Pemberton restaurant and accommodation Foragers, reckons can be taken even a step further.

“This region is very well positioned to develop more of a hands-on, beyond-the-farm-gate kind of experience,” says Sophie. “Things like food tours, farm tours. Getting children involved by seeing a cow being milked or collecting eggs would be amazing.”

She’s certainly doing her part. Along with cooking hyper-local meals in her restaurant each weekend, Sophie keeps rare breed animals on the farm “to start those important conversations around food production”. Silver-grey Dorking chickens and Aylesbury ducks waddle around the large coop next to the vegie patch, while a handful of Wessex Saddleback pigs live the good life in the muddy back paddock.

But as far as food experiences in the Southern Forests go, few compare to joining a winter truffle hunt at Manjimup’s successful Truffle & Wine Co Truffiere. The 17-year-old farm, home to 13,000 oak and hazelnut trees, is now the largest producer of the French black Perigord truffle in the world. No small feat.

“We chalk it up to the microclimate, the soils, also the technology that we’ve developed here in Manjimup,” says manager Stuart Hutchinson. “We now export to 41 different countries. We’ve received feedback from chefs all around the world who swear that our truffles have a different and unique flavour, but are comparable in quality to what the French are producing.”

That flavour – earthy and rich, with an underlying sweetness – is something I can’t get enough of. At the tasting counter, I sample mushroom and truffle tapenade, truffle aioli, and the scene-stealing truffle honey cheesecake.

The sound of a dog barking snaps me back to life. It’s time to hunt. This is one of the only truffieres in the world that run these hunts, so I’m feeling lucky. Guiding the expedition is three-year-old Labrador Rosie and her trainer, Shane Downie. We carefully walk between the rows of hazelnuts as Rosie’s nose and tail work in overdrive. 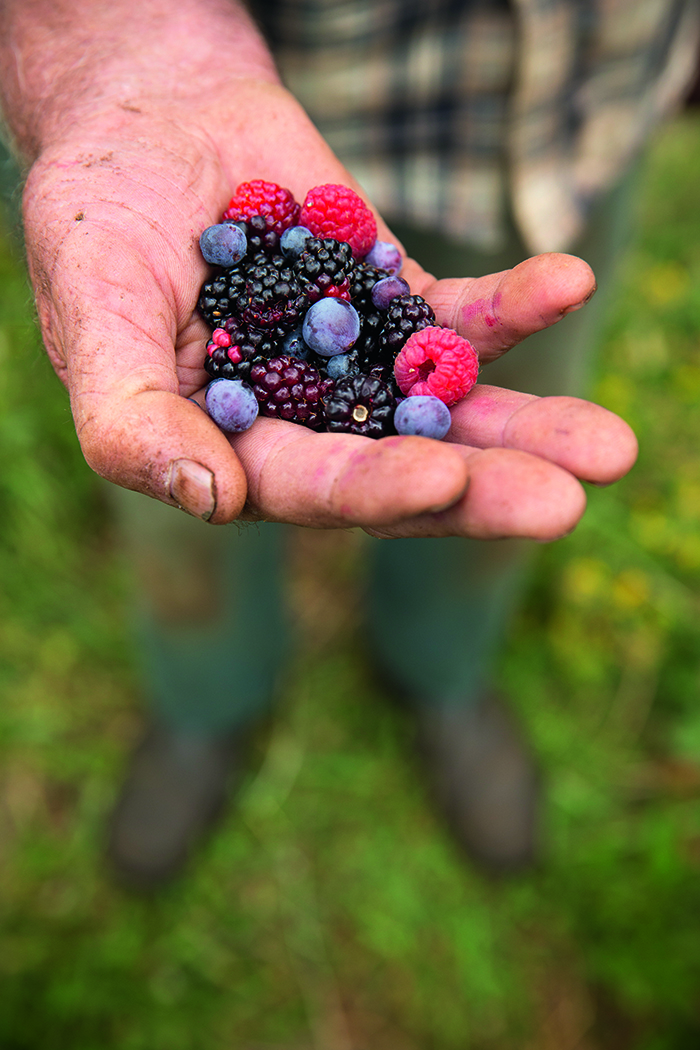 “Careful! See that crack in the dirt?” asks Shane, crouching low and delicately brushing away the fallen leaves. “There’s a truffle just under the surface. Rosie’s ignored it because she’s been trained to only indicate the ripe truffles. Good girl!”

Back at Truffle & Wine Co’s cellar door, I taste the best truffle accompaniment of all: wine. The Southern Forests’ gravelly, loamy soils, warm days and cool nights make for ideal grape-growing conditions, and the farm is home to 10 hectares of vineyards from which winemaker, and president of the Manjimup Wine Growers Association, Mark Aitken, has produced a cracking collection of wines. Among the most popular are a citrus-and-passionfruity sauvignon blanc, and a merlot that rebels against the varietal’s reputation for being dull and flabby – it’s plummy, complex and a hit with lovers of cab sav and shiraz.

I visit Picardy Wines and leave laden with far too many bottles of their fruity, spicy pinot. I chat with the new owners of Hidden River, Ardal and Sue Nigg, while inhaling a platter of gorgeous house-made dips, chutneys and marinated olives, and sipping wooded chardonnay. A tour from Ash and Tia Lewkowski, new owners and winemakers at Lost Lake Winery, gives me a newfound appreciation for what a family business entails.

“We had been looking for a winery to buy, and when we found Lost Lake it was a no-brainer,” says Ash. “It’s a great pinot area and the winery had an amazing pedigree really, being one of the oldest vineyards in the area. Tia and I do everything – the grape-growing, winemaking, cellar door, social media – it’s a hell of a lot of work, but worth it.” 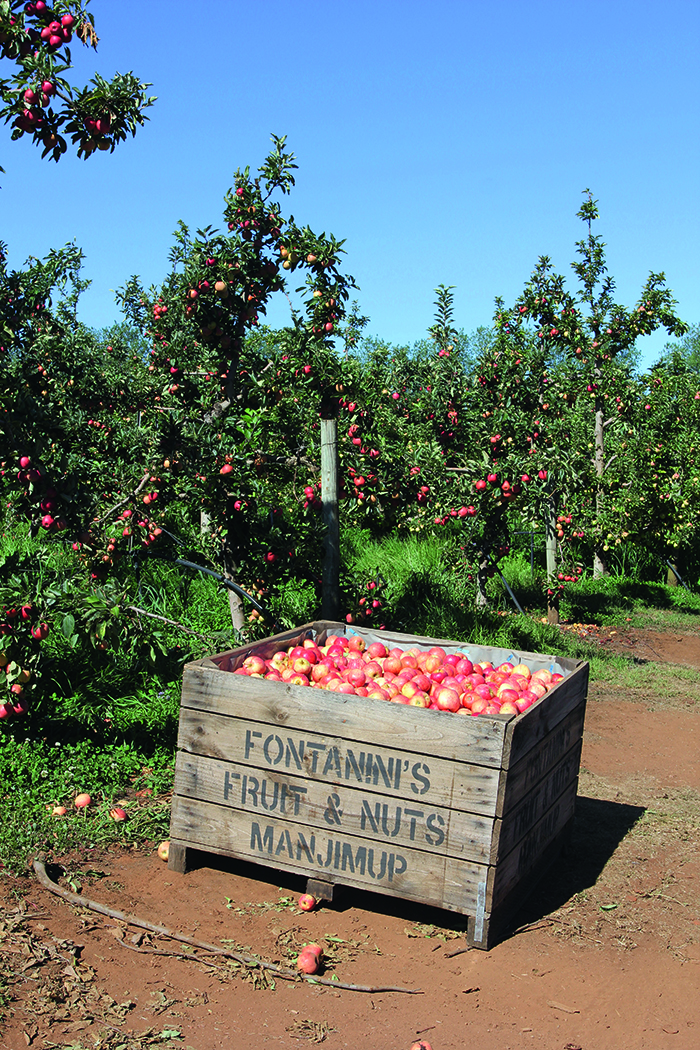 A bit of luck helps, too, reckons Blair Meiklejohn, winemaker at the multi-award winning Silkwood Wines. “This part of the world has been really kind to us winemakers,” says Blair. “It’s relatively disease-free, so we can pick the fruit when it’s at its peak level of ripeness. The microclimate also looks after us, though this year’s smoke has certainly caused problems for other wineries.”

The bushfire in February that destroyed 91,000 hectares between Windy Harbour and Northcliffe took its toll on local growers, including Hillbrook Wines, a small vineyard run by husband-and-wife team Brian Ede and Anne Walsh. Despite their property being 15km from the blaze, the couple lost their entire harvest of white grapes to smoke taint.

“It looked like an atomic bomb,” says Brian. “There was this horrible mushroom cloud behind those trees there. We didn’t get any smoke on our property so we thought our grapes would be safe.

“We were wrong. We lost $250,000 worth of Hillbrook wine, just like that. It’s devastating… But that’s agriculture. You can’t wallow. You’ve just got to get back to work. We’ll survive. We always do.” 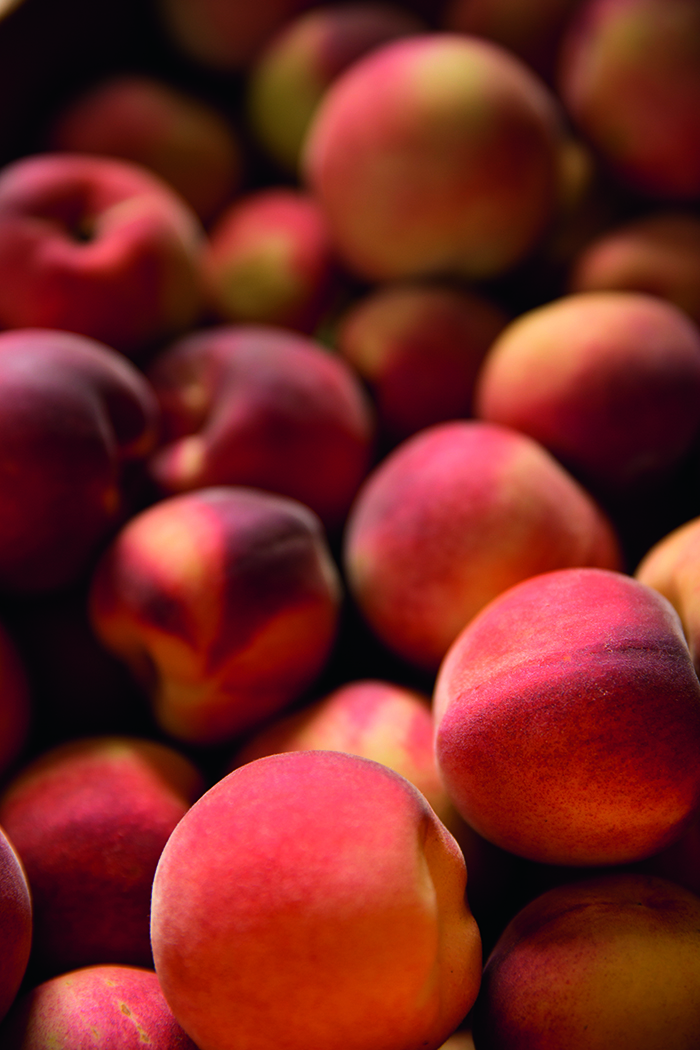 Kingsley Motel restaurant
Local produce and wine is on offer at this Manjimup eatery. (08) 9771 1177.