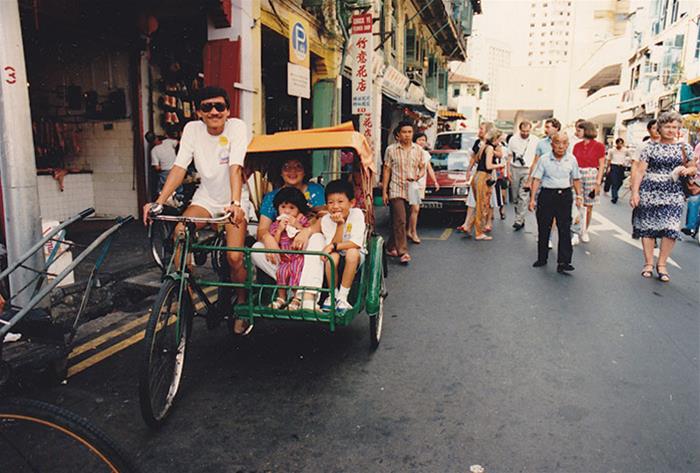 My family’s story is one of sacrifice, risk, bravery and, I believe, inspiration. It starts off about the life of my father’s family, the Vo clan. Most of my uncles were involved in the Vietnam War, fighting for their homeland, South Vietnam. Their stories range from being in the air as a pilot for the South Vietnamese Air Force, to being lost in the jungles of North Vietnam, trying to avoid the enemy. Recounting their stories was incredible but also heartbreaking.

Following the Fall of Saigon in 1975, my mother and father endured years of uncertainty, working the black market to make ends meet. It took a dramatic escape on a leaky boat to get to freedom. After days on board, they arrived at
a small Malaysian island where customs officials from four different nations would decide their fate. Australia would be the country to welcome them. Mum and dad settled in Perth – it was both exciting and scary. They quickly embraced their new Aussie home and life: their story is certainly one of swift integration. After finding a home in the suburb of Hamersley, they were pretty much the only Asians on the street.

Their new friends in the neighbourhood taught them all about Australia. Dad’s English was quite good already – he learnt from US and Australian soldiers during the war. My mother however, watched plenty of Australian soapies to catch on with the language. I never fully understood the bravery of my parents until writing their story. Theirs is a story which isn’t unique – many refugees like them now call Australia home. I feel very privileged being able to share their story, as I feel many people can relate, but now also understand the reasoning behind why so many people make that dangerous journey.

I honestly never thought about publicising their story, but an opportunity to make it into a book was one I could not pass up. Through my experience as a journalist, I knew that stories should bring some form of emotion.

I could feel that my family’s history would bring all kinds of emotions.

While writing, some moments were tougher than others. One was documenting my uncles’ time in re-education camps; another, the part of my life when I experienced racism. To cry as you write is a strange but special moment, open, raw, and, I think, brave because I was laying out everything for the public to read.
I wanted to make sure I gave their story the care and love it deserved. I cried, I laughed, I felt empowered, inspired and, most of all, proud of my family once I had completed Small Bamboo. I’d say I am a resilient person, and I can see now that it’s all credit to my parents and my relatives. They sacrificed to give their future generations a better life, and there’s no way I’m not taking advantage of
the opportunities that come to me.