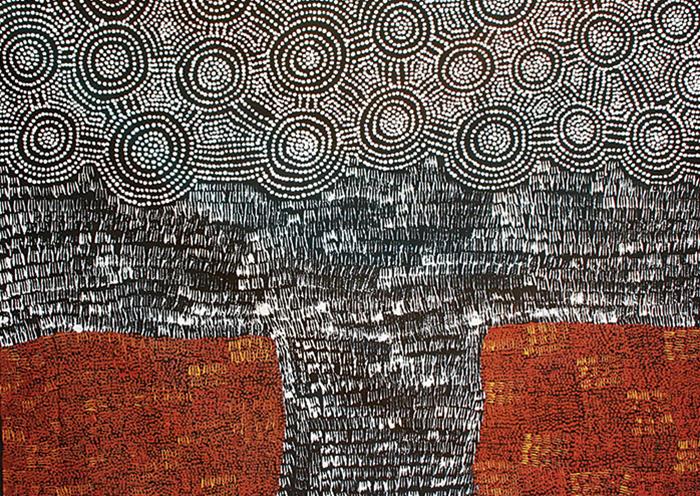 Seek & You Shall Find

25 Jun, 2014
Web
Perth has plenty of public art on display… if you know where to look. Henry Boston, executive director of the WA Chamber of Arts and Culture, reveals the best foyers for voyeurs.

Not so long ago I attended a fine exhibition by the artist Jo Darbyshire at the Bankwest Gallery, located on the mezzanine floor of Bankwest Place. It made me think about how much visual art we have that’s freely available for the public to see – a veritable gallery – behind Perth’s corporate front doors.

Strolling down from the QV1 Building on St Georges Terrace, you can see One Voice, a work by Roebourne-based Aboriginal artist Loreen Samson, hanging in the foyer of the Woodside building. Over the road, at 225 St Georges Terrace, there are works by Robert Juniper and Harald Vike’s Armadale Landscape.

Parmelia House has a Sidney Nolan painting inside, and one of his sculptures – Man and Woman. If you wander into the foyer of the Central Park building, you can see the work of the late Brian McKay in several large-scale murals. The letters of the Cyrillic alphabet stand out on one wall as testimony to his life-long affinity to Greece. Next door, the cramped entrance of 150 St Georges Terrace features a moody piece by Cynthia Ellis called midnight light waterfalls. In the AMP Building, two John Beard triptychs hang: Here (being Fremantle) and There (being New York). Finally in the refurbished foyer of the old Bankwest Tower, above the concierge desk, is a very large and imposing wall-piece made from carpet in a composition of reds. The effect is surreal in the all-white surroundings, almost Blade Runner meets Metropolis.

Or you can walk a few blocks north to Murray and Wellington Streets to see the work of several street artists. Through FORM’s terrific PUBLIC street-art initiative, the urban landscape of Perth has been enlivened by billboard-sized graphic-art images. Some feature fantastical creatures; all appear on previously empty and eminently forgettable walls of buildings. This has injected necessary grit into the streets, a balancing element to the more formal public art structures commissioned by the state and the city.

So there you have it, your own hidden art gallery to browse. It’s a case of truly opening your eyes to what’s around you.