(All) Museums Museums in Northern Suburbs The collection is highly significant as it is the only such one in Western Australia that aims to tell the story of all railways across the state. Other collections focus on one aspect or a region.

The majority of the collection is from the Western Australian Government Railways. There are also items representative of the extensive timber lines and gold mines that operated in the state as well as the private lines such as the Midland Railway Company.

The collection spans the whole spectrum of railway history. From Katie which was placed in service in 1881 when the Fremantle to Guildford Railway was built through to more modern diesel locomotives. Therefore whether you are interested is the heavy freight V class steam locomotives or the tiny 20 inch gauge mine locomotive 'Freudie' there is something to interest you at the museum. Four different railway gauges are exhibited.
Special events and visiting stalls are a feature of the annual "Railfest" day, usually in October - see the museum calendar.

Various passenger carriages and freight wagons that formed an integral part of the railway scene can also be appreciated. A number of these date back to the 19th century. The 1947 "Australind" buffet car is loved by children when hired for their own private birthday party.

The exhibition building houses an extensive collection of railway artefacts and photographs telling the story of railways in Western Australia. Offering tours and classes primarily aimed at educating students and the public about the Wanneroo of old.

Instructed by engaging volunteers, students cook damper in the Buckingham kitchen; do a spot of sewing in the Buckingham sitting room; attend a lesson in the Old Wanneroo School House; learn how to milk a cow; and do some pioneer style washing. Discover this heritage gem and the people that live here, in the oldest remaining house in the Wanneroo area.

Cockman House provides a unique opportunity for teachers and students to encounter what life was like in the past and learn about the families that lived here over a 130 year period.

Completed in 1860, this family home of three generations is a rare historic place of continuous residence by descendants of the original building. It presents a pioneer story that began with James and Mary Ann Cockman at the beginning of the Swan River Colony and progresses alongside the development of the Wanneroo district.

OPEN: Every Sunday 2:00pm - 5:00pm Closed all of February
Entry by donation 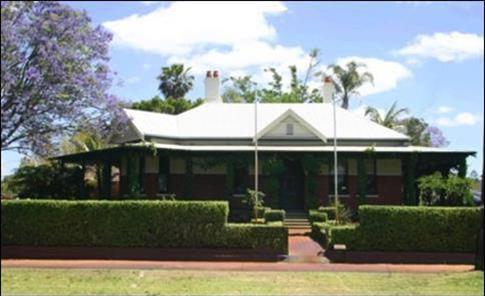 The Bayswater Historical Society has transformed Halliday House into a Heritage Centre and Museum.

This 1890s home now contains past photos of the people and places of Bayswater, and memorabilia from the early part of the century.

Halliday House is open to the public on the fouth Sunday of every month between the hours of 1.00pm and 4.00pm.  Group bookings are welcome by appointment.  For more information, please contact us on 9271 3741. 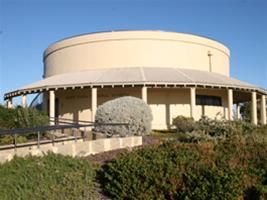 Attractions: The exhibits at the Mt Flora Regional Museum offer a look into region’s past through photographs and artefacts.

Shipwrecks
Whaling
Early days of school.
The mezzanine floor focuses on social history, where visitors can look through ‘windows in the past’ and see what typical rooms were like in the early days. For example, one exhibit is a 1940s kitchen showing utensils at the time, such as a wood stove, and a dining room set for a family dinner.

Go up the stairs to the panoramic lookout and you get one of the best views in the northern suburbs. In 1942 the Defence Forces also utilised the building as an observation post, and you can still see the fantastic view today.

A mural by Anne-Maree Pelusey is painted on the walls of the lookout and features about 300 local fish.

Outside the museum, there is a large grassy park with a children’s playground and picnic area.

The Mt Flora Regional Museum is housed in a 1936 water tank originally built for North Beach residents. After being phased out of service in the 1970s, the City of Stirling and the North Suburban Historical Society developed the facility into a museum.

Wheelchair and general disabled access is available from the car park to the ground floor and the park area. Off street parking is also available.

Our museum curator hosts guided tours where he relates local stories and informs visitors about the historical background of the museum site and building.

Community and school groups are encouraged to visit.

Please call to book a tour. The Western Australia Police Historical Society (Inc) was established by serving Police Officers in 1987. With support from Commissioner Brian Bull, our Collection was housed on Police premises until Mr Bull’s retirement in 1994.

The Western Australia Police Historical Society (Inc) was established by serving Police Officers in 1987. With support from Commissioner Brian Bull, our Collection was housed on Police premises until Mr Bull’s retirement in 1994.

His successor did not support the Society so we were forced to seek other storage facilities and retired Officers were required to fill the void.  The WA Police Union subsequently gave us an office and facilities for storage, in order that we could continue.

In November 2006 we were able to move into the premises at 57 Lincoln Street, Highgate Commissioner O’Callaghan leased the old Highgate Hill Police Station built 1897 and the Police quarters built 1906 (pictured above) to the Society with a 10 year renewable term. The Society has since taken residence in Scarborough, at 174 Scarborough Beach Road.

In addition we secured a lease with the Water Corporation on their redundant sewage (tower) building, which is adjacent, for a lecture, meeting and work room. All these buildings are Heritage listed.

We established offices and a Museum in the Police quarters and restored the interior of the Police Station and cells to appear as if the Station is still in operation. Our main purpose is to preserve Police history, whether it be with aretfacts, photographs or documents, together with the personal histories of  former Officers. Organised group tours are conducted by appointment.

A quarterly Newsletter consisting of 8 to 12 pages titled The  Peelers Gazette, is produced. This has  a circulation of  170 copies and is produced in hard copy. It covers the activities of the Society as well as a feature article on some aspect of WA Police history.

The Society currently has 103 members, with a nomination fee set at $10.00  plus $10.00 annually. Monthly Meetings take place at 10am, on the first Tuesday of the month, with the exception of November when it is on the 2nd Tuesday. In January we are in recess. Located within the Wanneroo Library and Cultural Centre, the Wanneroo Regional Museum showcases and celebrates the history of the local area with over 300 objects and photographs on display

We research, preserve and develop the City of Wanneroo’s cultural heritage and history, sharing the stories of the district through our Collections and connecting contemporary life to that of past generations. We seek to bring people together across differences, building a strong, vibrant and shared identity.

Our collections reflect the social history of the region along themes of market gardening, migration, civic life, recreation and the deep connection to our long stretch of coastline. We are committed to telling the continuing stories of our First Nations peoples and providing a safe, welcoming, gathering place for people from all backgrounds.

Together with volunteers, we provide activities, programs and experiences through active engagement with visitors throughout the museum and heritage houses. Our dedicated Heritage Education team delivers a popular range of programs that make history come alive for generations of school children.

For more information, check out http://www.wanneroo.wa.gov.au/historyheritageandarts