We collect, share and preserve stories online and through live events aimed at expanding dialogue about diversity and identity.

The Centre for Stories is a community and arts organisation based in Northbridge, Perth founded by John and Caroline Wood in 2015. We collect, share and preserve stories online and through live events aimed at expanding dialogue about diversity and identity.

Our team includes storytellers, writers, poets, sound and visual experts, book club leaders and administrators.  Our aim is to tell good stories in the hope of strengthening connections between people and encouraging a more inclusive and informed community.

We work with a variety of organisations including the Perth International Arts Festival, the Western Australian Museum, and City of Perth, among many others, to create projects rich in storytelling. The Fellowship of Australian Writers WA is a non-profit organisation dedicated to providing advocacy, training, support and friendship to Western Australia’s writing community.

The Fellowship of Australian Writers WA is a non-profit organisation dedicated to providing advocacy, training, support and friendship to Western Australia's writing community. We work with any genre and conduct workshops and masterclasses in:

FAWWA is headquartered at Tom Collins House located in the lovely heritage precinct in Swanbourne, Perth, minutes from Western Australia's crashing coastline. Our house is a great place to get inspired, so drop in and peruse our library, join a writing group or hire the space for your own group. The Literature Centre is a place to nurture young people’s interest in reading and writing.

The Literature Centre (formerly Fremantle Children’s Literature Centre) is unique – a place to nurture young people’s interest in reading and writing, using innovative techniques to explore and interpret literature.  Uniquely located within the walls of the Old Fremantle Prison, it is the only centre of its kind in Australia.

Established in 1993, the Centre offers a diverse range of student programmes in metropolitan, rural and regional areas of Western Australia. We work with approximately 30,000 students each year, either at the Centre or in schools.  Experienced Education Officers, Authors and Illustrators conduct inspiring and interactive workshops, using a range of original manuscripts, preliminary drawings, and artwork. WA Poets Inc was set up in 2006 following the success of the inaugural 2005 WA Spring Poetry Festival. It was apparent that Western Australian poets wanted an organisation dedicated to providing resources and services to poets and poetry.

§ Organise regular poetry events in association with other writing organisations to increase poets engagement with a broader public readership.

§ Develop a resource base for Western Australian poets and poetry in the digital space which will include information on readings, competitions and opportunities.

§ Provide opportunities to bring poets and the community together

§ Develop a diverse, inclusive program that will provide opportunities for local poets to engage with and challenge their own craft. 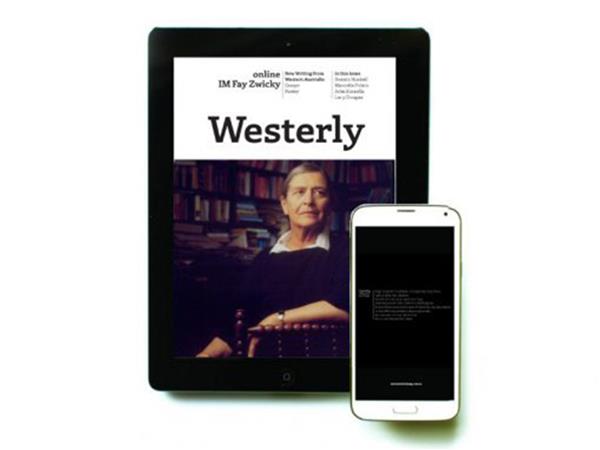 Since 1956, Westerly has been publishing lively fiction and poetry as well as intelligent articles.

The magazine has always sought to provide a Western Australian-based voice, although its contributors and subject matter have never been geographically exclusive.  It covers literature and culture throughout the world, but maintains a special emphasis on Australia, particularly Western Australia, and the Asian region.

Westerly has a strong international reputation, and is listed in some of the world’s major cultural indexes. It has been instrumental in the careers of many of the regions most prominent and internationally renowned writers. These include major Western Australian writers such as Randolph Stow, Dorothy Hewett, T.A.G. Hungerford and Elizabeth Jolley; highly-awarded contemporary writers, including Tim Winton, Kim Scott, and Sally Morgan; and important local poets like John Kinsella, Tracy Ryan, John Mateer, and Lucy Dougan.

The print magazine is published twice a year in July and November, while the website publishes content throughout the year, including two Online Special Issues available for free digital download.

As the peak body for writing and associated activities in WA, writingWA celebrates the achievements of our literary creators, provides a range of services to support emerging practitioners, and strives to bring West Australian writing to new audiences throughout this State and beyond.

A diverse membership base representing the entire value chain from creation (writers’ centres and groups, professional associations such as the Society of Editors and Society of Children’s Book Writers and Illustrators) to producers (publishers) and consumers (libraries, writers’ festivals, education providers, bookshops, etc) requires that writingWA understands and represents the needs of an extremely broad community.

The value chain also embraces emerging, established and elite writers – all of whom are of concern to writingWA.
Additionally, writingWA has an extremely large territorial responsibility, providing service delivery on a State-wide basis.
writingWA keeps our growing network of state-wide, interstate and international clients and colleagues informed of new West Australian publications and literary successes via a range of integrated digital communications products including writingWA's website and free fortnightly e-newsletter, writingWA's YouTube channel, and other networked social media.

Increasingly writingWA is reliant on the support of individuals within our community who share our passion and commitment to West Australian literature. Their donations enable writingWA to deliver programmes that would otherwise be beyond our reach. These individuals are our Literary Lions.