They are back! and packing 25 years of fun into one night with a 25th anniversary tour.

Australia’s premier vocal group The TEN Tenors are bursting back onto stages across Australia this July with a special 25th Anniversary tour – their biggest one ever.

Following on from a sold-out tour of Brazil in March 2020, the highly revered group are eagerly waiting to reconnect with fans old and new, with a show that revisits the full history of the group’s catalogue of 15 albums and over 4000 live performances.

The song list will feature all the favourites including Bohemian Rhapsody, Hallelujah, Perfect, In my Life, Here’s to the Heroes, Pearl Fishers Duet, Funiculì, Funiculà, Largo AL Factotum, Nessun Dorma – plus their three most requested medleys.

Don’t miss this celebration of one of Australia’s longest running and most enduring musical groups! 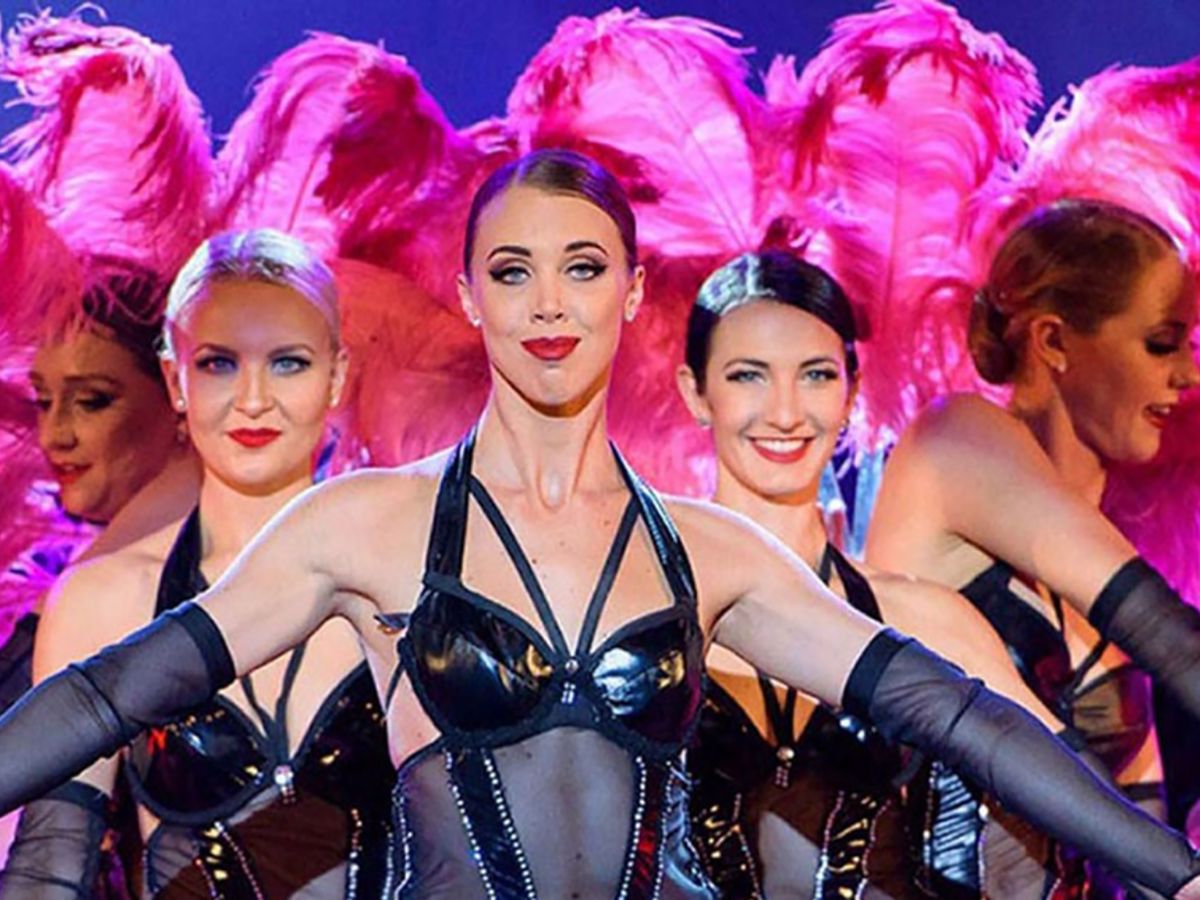 Be transported by the atmosphere and excitement of a Parisian-themed revue with a parade of first-class entertainers and the daring beauty of exquisitely bejewelled dancers.

Cabaret De Paris is a stage spectacular celebrating old-fashioned showgirl glamour combined with the skill of adagio dancers, aerial pole artistry, comedy circus performers, quick change performers, illusionists and of course the famous French Cancan Dancers! Don’t miss your chance to fall under the charm West End’s leading lady Simone Craddock, Simone’s presence and charisma was born from a dual career on the West End theatres. With lead roles in Dirty Dancing, Annie, Jesus Christ Superstar and Hello Dolly under her belt, it is no wonder she has “rapt, captivated faces, hanging on her every note” You will love the crème de la crème of Australia’s leading showgirls, who have graced the stages of Moulin Rouge, The Lido and other French cabaret revues in this spectacular 90-minute production. This is pure Paris spectacle that you will never forget – a show that plays tribute to the most famous cabarets in France all rolled into one dazzling revue! Note: Cabaret De Paris is a Burlesque topless Revue show, some aspects may offend – viewer discretion advised. “Cabaret de Paris show is a must see. Great entertainment…… the whole show was fantastic” – Trip Advisor The biggest swapmeet of art.craft and sewing supplies in WA.

Are you a new DESTASHER Why be a destasher We are all subject to flights of fancy, creative urges that are just not us anymore and now we room, studio, shed full of “what to do withs”. Have you changed direction in your artistic endeavour? Do you have many unused and unloved items craft supplies? YES you say, then it's time to destash. Could you have too many craft or art supplies that you have been hoarding/accumulating/keeping for a rainy day. YES you say, then it's time to destash. Do you need more room to play and create with what makes your heart sing? YES you say, then it’s time to destash. Book your spot at $50 for a 2m x 2m, bookings https://www.trybooking.com/BQEDL Or are you a STASHER/BUYER Buyers have free entry. And lets not forget we have scissor/knife sharpening on site as well. Find us at the Garry Holland Centre. Celebrate the 90th Anniversary of the Waroona Show.

Don't miss out on a fun filled day at the Waroona Show!. Featuring tons of attractions and games including alpacas, an animal nursery, fireworks, log chopping, sideshow alley and so much more, help fundraise while having fun! Psychic Dinner At The Pen

Seek your future path and bring your unanswered questions over a three course meal at The Pen.

The Pen Psychic Dinners come complete with gifted and experienced Psychics, Mediums and Reiki Practitioners. Receive 3 Psychic Readings to provide you with clarity and guidance, and a delicious 3-course dinner to satisfy your hunger!

Bonus healers and/or mediums help as many as they can on the night (subject to their availability). Mark Anthony - Elvis If I Can Dream.

Internationally acclaimed sensation, Mark Anthony, one of the most dynamic Elvis tribute artists in the world today, brings this unique period to life.

Come and Celebrate the magical hits of The King Of Rock n Roll in a sensational 2 hour Concert Spectacular. All of Elvis” No 1 hits will be performed in the original style that made Elvis the greatest performer that ever lived. Internationally Acclaimed sensation Mark Anthony, one of the most dynamic Elvis tribute artists in the world today, brings this unique period to life – the songs, the costumes, the emotion, the energy, the raw power – all brought together in a two hour concert spectacular. “Mark Anthony is one of today’s best Elvis Tribute artists, he reminds me, so much, of my old friend Elvis Presley – the Greatest Entertainer this world has ever known! Keep up the great work Mark… your friend in Nashville.” – Joe Moscheo of The Imperials. Mark Anthony is officially endorsed by Elvis Presley Enterprises and Graceland USA as one of the top Professional Elvis Tributes in the world to date. See some of WA’s most innovative sculptures showcased on Rockingham’s award-winning foreshore this spring (Kambarang).

Castaways Sculpture Awards consists of three exhibitions of inspired artworks created from mostly repurposed materials: the Main Exhibition and Schools Competition displayed at the Rockingham Foreshore, and the Maquette and Small Sculpture Exhibition on show at the Rockingham Arts Centre. All three exhibitions will run concurrently from Saturday 23 October – Sunday 31 October. All you need to know to plan your visit is on the City’s website, including Artist Talks, Tactile Tours, Prizes and Competitions: rockingham.wa.gov.au/castaways Thanks to our sponsors: Alcoa, Water Corporation, Waste Authority and Fremantle Ports Irreverent and immensely talented, EN ROUTE TO NORMAL will be the seventh show that Bill has brought down under, delivered with the energy the multi-faceted entertainer is known for.

How did we get here? How do we find our way through this? And exactly who are we again? In Bill’s new show, EN ROUTE TO NORMAL, Bill ponders these and other questions that this moment in history has thrown up and tries to see a way through the strange unreality of our new world. With Bill naming the show before we’d even heard of Covid-19, EN ROUTE TO NORMAL has become not just a funny, heart-warming mix of stories, music and history, but a personal mission to find our way through these strange times! Last in Australia in 2018, the British Comedy Award winner is a frequent visitor to our shores, with Aussies flocking to theatres to see the master in action. Food Truckin' For A Cause - Port Kennedy

Offering awesome selection of food trucks, great music to listen to and games for the kids to enjoy. Food Truckin For A Cause is a community event. There will be donation cans around so if you can spare a dollar please drop it in the can to help out. We are helping raise money for Horse Power Peel (Riding For The Disabled). Mandjar Markets are Mandurah's premier waterfront markets, featuring quality local handmade products including arts and crafts, gourmet delights, amusements and activities that will delight the kids (and adults!), live entertainment and so much more! Keep a look out for extra trading dates by visiting their social media and website.