Founded in 1984 by Deanna Blacher, Danza Viva has become synonymous with Spanish Dance in Australia and abroad and is one of the few organisations of it's kind outside of Spain to incorporate in its program, the full range of Spanish dance styles from classical through to flamenco.

Founded in 1984 by Deanna Blacher in Perth, Western Australia, Danza Viva consists of:

An Academy, which offers a unique training program of structured courses, in conjunction with repertoire and advanced technique,

A professional Company, (Danza Viva Spanish Dance Company), comprising mostly talented students and ex-students from the Academy, whose level of expertise and desire to continue on the path to excellence permits them to attain the highest degree of professionalism, and

Aire Youth Spanish Dance Company, which aims to provide a platform for young dancers and choreographers in a professional environment.

Danza Viva has become synonymous with Spanish Dance in Australia and abroad and is one of the few organisations of it's kind outside of Spain to incorporate in its program, the full range of Spanish dance styles from classical through to flamenco.

Introducing Deanna Blacher
Drawn to the exacting discipline of the Spanish dance in its manifold forms, Deanna Blacher, founder of Danza Viva, has devoted a lifetime to the study, teaching, performing and choreography of Spanish dance.

As pedagogue, she has worked tirelessly to advance the interests of Spanish dance (some of her lectures on the subject have been published at university level). She was a guest teacher in Spanish dance for the Royal Winnipeg Ballet, Canada, and performed innumerable solo dance recitals in South Africa, Australia, Europe and North America.

In addition, Deanna studied Jota with famed jotero Pedro Azorin and undertook extensive study with Juanjo Linares in the regional dance of Spain. She had the rare distinction of being invited to travel with him to outlying villages to research the folklore and folk dance traditions of communities well away from the tourist circuit. She vividly recalls rising at 4am in the depths of winter in order to catch a 5am bus or train to anywhere from Cuenca to Burgos to Huelva or Segovia. These trips were immensely useful in providing insights to Spain, the Spanish soul and the Spaniards as a people, quite apart from their glorious dance tradition, that are not ordinarily available to foreign dancers in Spain.

Deanna Blacher has danced the title role in Lorca's Yerma in Goyo Montero's choreography of the Lorca drama. Amongst Deanna Blacher's many talents, her individual performances as a castanets virtuoso or her productions as a choreographer, are legend.

As the only acknowledged castanets virtuoso in Australia, and one of a handful of such artists worldwide, Deanna Blacher, who has been critically acclaimed internationally for her work in this area - i.e. in elevating the castanets to virtuoso solo status in the concert hall - continues to devote herself to expanding her repertoire of works for castanets and orchestra , and, through more recent concertising - both with recitals with piano and as a soloist with orchestra - to bring her work to as wide a public as possible.

Besides these performances, Deanna Blacher performed in countless solo castanets recitals with pianists Alan Sternberg (America), Ya'ara Tal and Zmira Lutsky(Israel), Jean Roberts (America), and radio broadcasts in both South Africa and Israel. She also performed the complete Danzas Espanolas by Granados, in a version for castanets and piano which was a first for Australian music and dance lovers.

Deanna Blacher the Choreographer, on the other hand, has to her credit hundreds of works created for a vast gamut of styles, from the purely traditional Spanish idiom, to major orchestral works in both Spanish and non Spanish repertoire. She has choreographed extensively for the Danza Viva Spanish Dance Company in numerous seasons in Perth and on tour throughout WA and Australia, for the State Opera of South Australia (Carmen) and for the Hong Kong International Festival of Dance Academies.

Deanna Blacher has done more than anyone before her to place Spanish dance firmly on the arts map of Western Australia, from which base she frequently travels interstate and overseas in a number of dance capacities. Her system of graded Spanish dance examinations is being increasingly adopted both in Australia and abroad. 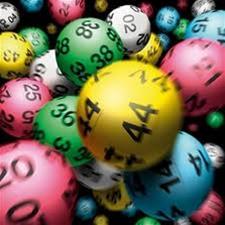 Lotterywest has responsibility for running the official State Lottery in Western Australia and for raising and distributing the funds for the beneficiaries in the way in which the Act sets out. We are a State government statutory authority reporting to the Premier of Western Australia as the Minister responsible under the Act.

Lotterywest is proud to be a contributor in building a better WA and working to enhance the quality of life and well-being for all Western Australians.

Each week, we give Western Australians a chance to dream through playing a range of Lottery games where all the proceeds after we have paid prizes to our winners and covered our operating costs are given back to the community. Thousands of community, local government and charitable organisations, as well as sporting organisations, arts and cultural groups and the State’s health services are supported each year.

For information on how the proceeds from our games support the community, visit 'Where the Money Goes'. If you are part of a community or charitable organisation and need some help for your organisation or just want to talk over a great idea, then please call us.

Through a Statewide network of over 500 small businesses who sell our products, we sell a number of different types of Lotto games (Saturday, Monday, and Wednesday Lotto, OZ Lotto and Powerball), Soccer Pools, Super66 and Cash 3 as well as our great range of instant lottery tickets, Scratch’n’Win.

We also sell all our Lotto games, Soccer Pools, Super66 and Cash 3 through our online sales channel, Play Online.

In 2010 we welcomed 77 Division One Lotto winners into the Lotterywest Winners’ Room. As well as the Division One winners, thousands of Western Australians won other prizes in our Lotto and instant lottery games.

Our History
Lotterywest, then known as the Lotteries Commission of Western Australia, was established originally in 1932, at the height of the economic depression of that era to offer state authorised Lottery products which would raise money for hospitals and charitable organisations. The first Lottery draw was held in March 1933. From the proceeds raised, the first grants were made to help WA charitable organisations.

Lotterywest, now operating under the Lotteries Commission Act (1990) continues to have responsibility for running the official State Lottery in Western Australia and for raising and distributing the funds for the beneficiaries in the way in which the Act sets out. We are a State government statutory authority reporting to the Premier of Western Australia as the Minister responsible under the Act.