One of Margaret River’s founding five estates, Cape Mentelle was established in 1970 by regional pioneer David Hohnen and his brothers Mark and Giles. In 1983 Cape Mentelle won Australia’s most coveted wine award, the Jimmy Watson Memorial Award for its Cabernet Sauvignon and cemented its position as a premium producer when it won it again the following year. This was huge, not just for Cape Mentell, but also for the youthful Margaret River wine region.

Today Cape Mentelle forms part of the LVMH group (Louis Vuitton Moet Hennessy) and its wines remain some of the region’s most critically acclaimed. James Halliday says they are, “knocking on the door of the Winery of the Year Award.” Environmental sustainability is a key driver within the vineyards and winery and Cape Mentelle was WA’s first member into Australian wine sustainability program, Entwined. To achieve this certification the vineyard utilises the most natural viticulture techniques.

The Wines
The critically-acclaimed wine range is focused around Margaret River’s signature varieties Cabernet Sauvignon (and blends), Shiraz, Sauvignon Blanc Semillon and Chardonnay. An historic Zinfandel is made too, from vines planted in 1974 which were brought out directly from California to the Cape Mentelle Vineyard.

Wine Tasting
The cellar door is one of the region’s original to be made with rammed earth. Located just five minutes towards the coast from Margaret River town, guests can enjoy tasting experiences starting from $10. A Behind the Scenes Tour and Behind the Scenes Tour with Food and Wine Pairing Experience run on weekdays, offering the unique opportunity to explore behind the winery walls of one of the region’s most famous estates. Open daily 10am – 5pm.

Unique Highlights
Nostalgia enthusiasts will love the photo collection lining the barrel hall behind the cellar door. It features images remembering the early days of establishing Cape Mentelle and the Margaret River wine region. The whole family can enjoy picnic facilities, dedicated activities areas for children and estate’s petanque courts. Similar to bocce, this game originated in 1907 in Provence, Southern France. The courts are free to use, boules can be borrowed from the cellar door.

Since 1982 Cape Mentelle has hosted the region’s most renowned Cabernet event. The Cape Mentelle International Cabernet Tasting is a blind tasting that features a selection of Cabernets from the world’s finest cabernet producing regions; Bordeaux, Napa Valley, Tuscany and Margaret River. Tickets sell quickly to industry and media, but every year a few lucky members of the public can come along to this amazing event too. Visit Cape Mentelle’s website for details. 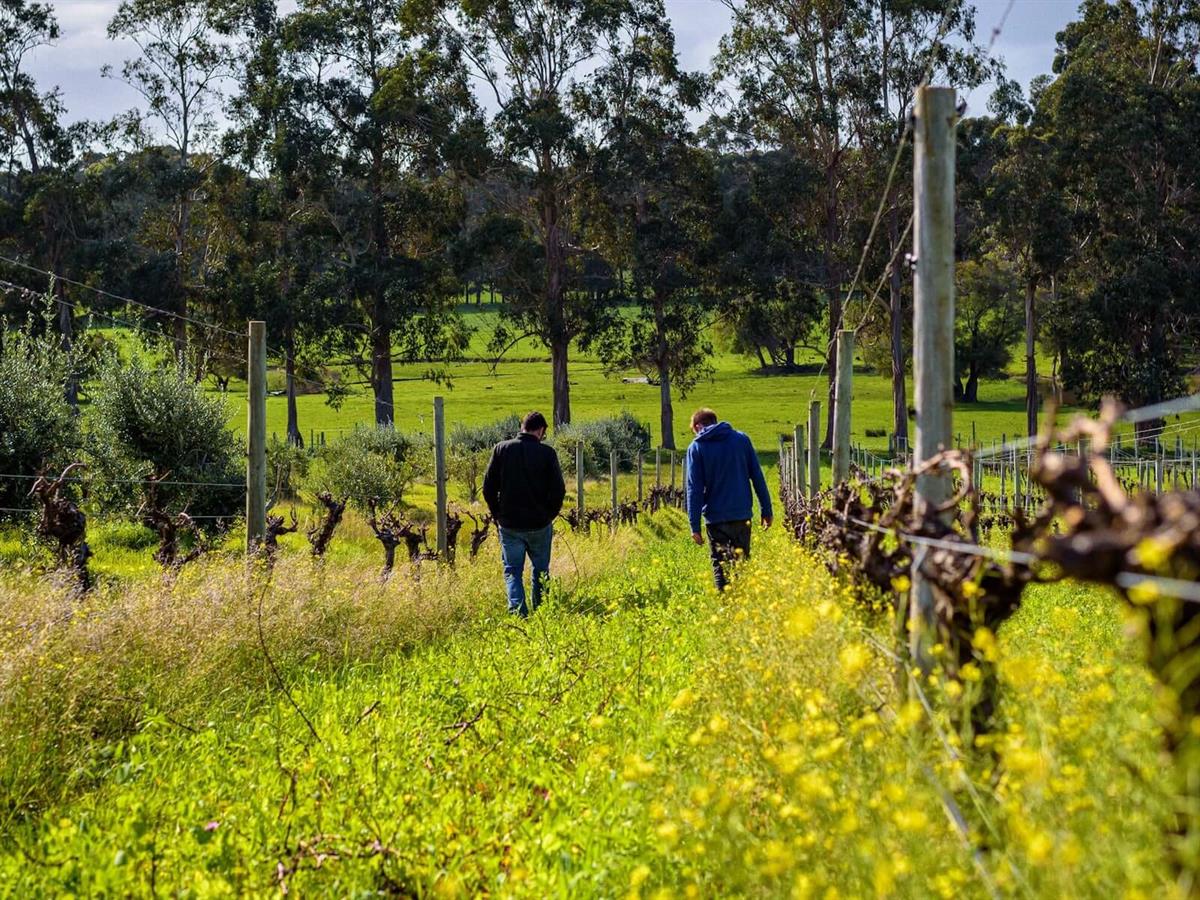 The outcome of two wine legends making original, biodynamic, small-batch wines from their Margaret River family vineyards, plus an excellent range of artisan charcuterie at their Caves Rd cellar door.

McHenry Honen is the fusion of an accomplished fine-wine retailer, Murray McHenry, with one of Margaret River’s most respected pioneers David Hohnen (founder of Cape Mentelle).

Their aim is to make the most site expressive wines they can from their three distinct family vineyards in Margaret River, all of which are 100% biodynamic. Biodynamics revolves around an environmental equilibrium. It is similar to organic farming, in that both preclude the use of chemicals, however biodynamic farming incorporates ideas about a vineyard as an ecosystem, and also accounts for astrological influences and lunar cycles.

The Wines
There is an unwavering focus on making distinct, site expressive wines and on embracing the individual characters that come from the different plots in the vineyards. This is achieved through minimal-intervention using wild yeasts, minimal sulphur, no filtration and large format oak and concrete fermenters. The range includes Margaret River’s specialty varieties and a few unexpected surprises. More than five single-site Chardonnays showcase just how different the flavours of this variety can be because of different site influences in the vineyard.

Wine Tasting
The cellar door is conveniently located on Caves Road, just five minutes from Margaret River town. The wines can be tasted between 10.30 and 4.30pm daily.

Unique Highlights
Don’t leave without some of David Hohnen’s smoked cold meats, sausages and traditionally made smallgoods from side venture, The Farm House Margaret River. These are sold from the McHenry Hohnen Cellar Door. David works with farmers around the region on this venture and his meats have a great reputation, especially with many of the local winemakers to enjoy with their friends and wines!