Big game fishing, a free-fall adventure and big surf breaks – all this and more for some adrenalin-charged fun at Rottnest. While the island is home to some once-in-a-lifetime experiences, Rottnest is naturally blessed with a dramatic landscape so you don’t have to break the bank to get your kicks. 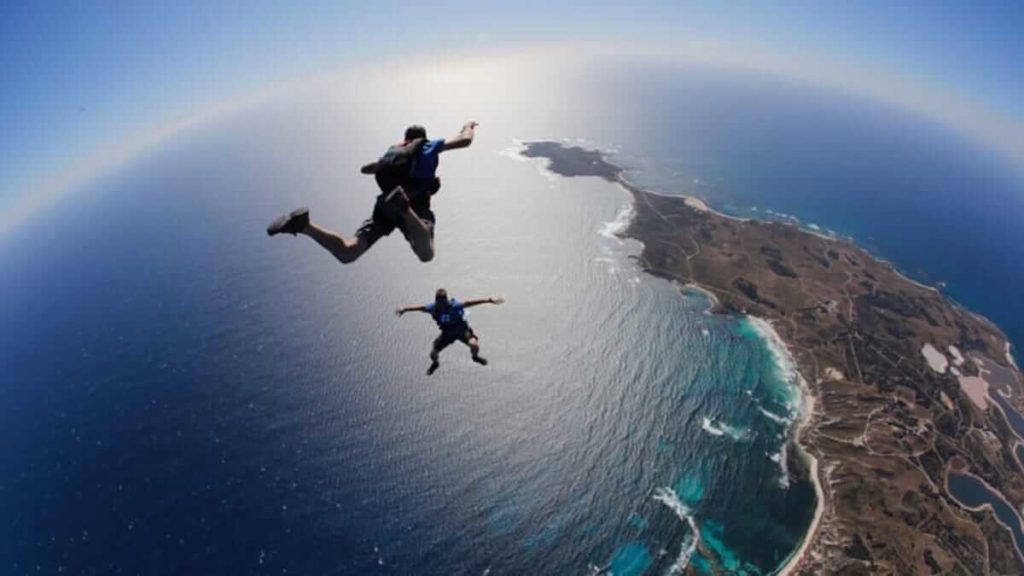 Take the plunge from 10,000 feet (or higher) with Skydive Geronimo. They offer solo or tandem skydives on to Bickley Beach or Army Jetty beach with take-off from Jandakot Airport. There’s even offer a ‘marry me’ proposal skydive! Experience the incredible views of Rottnest Island and the Perth coast plus complimentary beer and wine afterwards to celebrate your adventure.

Rottnest is home to some amazing surfbreaks, often with larger swell than mainland breaks. Most popular is Strickland Bay on the south side of the island with its consistent breaks over the coral reef and occasional barrels. Other quality, smaller breaks are Rotto Box at the West End, Chicken Reef at Salmon Bay, Ricey Beach, Stark Bay and Transits at Thomson Bay. If you’re carting your surfboard around on your bike, it’s a good idea to rent a surfboard trolley from Pedal and Flipper – but get there early as they book out quickly. The hop-on, hop-off Rottnest Explorer bus is another useful way to get around the island. 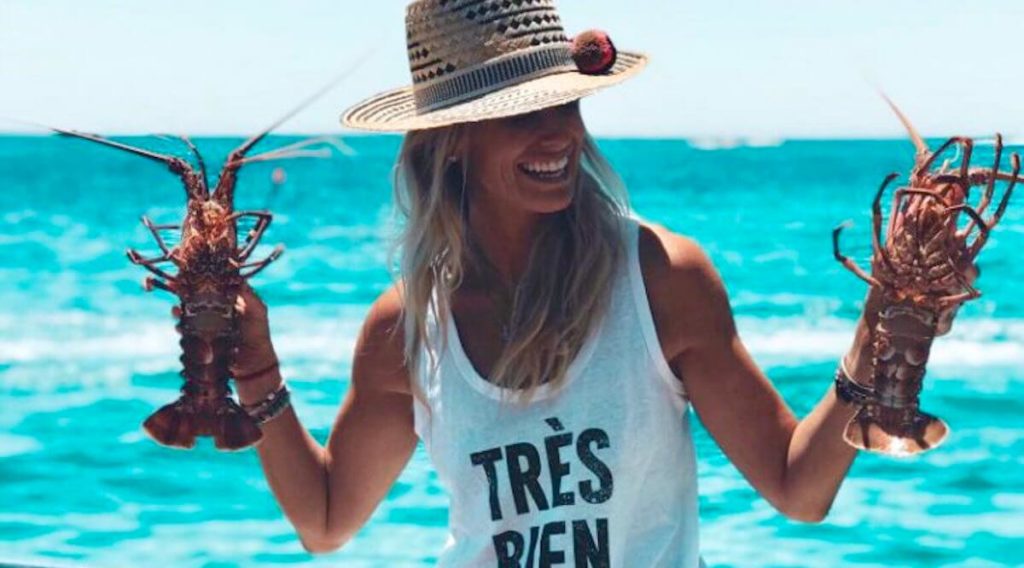 Billed as the ultimate ocean-to-plate adventure, Rottnest Cruises offers guests a day of cruising around the stunning Rottnest coastline, hauling lobster pots. It’s tough work but there are free-flowing drinks to quench your thirst. The Western Rock Lobster is one of life’s great indulgences and can be found in Rottnest waters during the summer months. Your catch of the day is then prepared by the on-board chef and enjoyed as the centrepiece of a seafood banquet. Fresh seafood and chardonnay. Voila!

Explore More Things to do on Rottnest 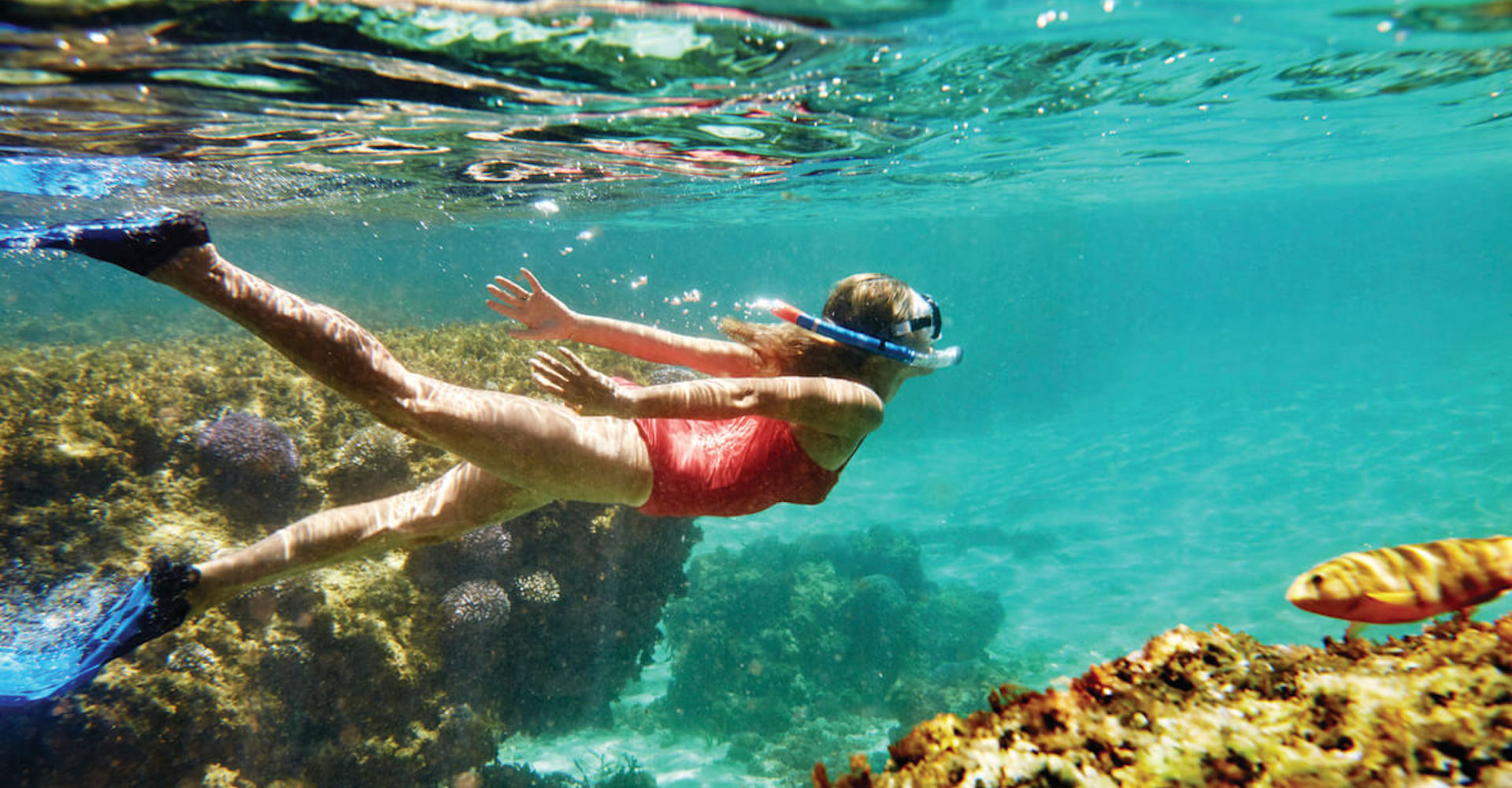 Free, fun and not just for kids, launch off from one of Rottnest’s jetties. T-Jetty at Thomson Bay, Geordie Bay and the pub jetty are all favourites for the jetty bombie. Before you jump, look out for some of the island’s fascinating marine creatures, such as the famous eagle rays that like to cruise nearby.

Blessed with endless coral reefs, shipwreck, limestone caverns, and hundreds of tropical fish, Rottnest is a big lure for scuba diving enthusiasts the world over. Some of the best diving can be found at Roe Reef, Crystal Palace, Shark Cave and Opera House.
Shark Cave, a few kilometres off the West End of Rottnest, is a haven for grey nurse sharks, which come to rest in the cave before hunting at night. The cave opens up at about 15m and descends down to 26m at the back of the cave. Frontier Diving, Perth Scuba and Perth Ocean Diving both run tours for certified divers to the cave and other locations from Fremantle. A high-powered, white-knuckled ride around the wild shores of Rottnest. Rottnest Express runs these thrilling 45-minute eco-express tours over the school holiday period. Look out for some of the island’s best-loved creatures such as the New Zealand fur seals at Cathedral Rocks, osprey nests at the West End and even spy some whales during the migration season between September – November.

With over 450 species of fish, Rottnest is a paradise for fishing. From the shore, you can hook herring, skippy and the occasional King George whiting, while boat anglers will find plenty of pink snapper, yellow-tail kingfish, mackerel, squid and the highly-prized dhufish. Squid is a great catch around the Thomson Bay and Geordie Bay jetties at night as they are attracted to the lights. The Rottnest Trench, 20kms to the west of the island, is the spot for the big-game fish like marlin and wahoo. Apache Charters and Rottnest Cruises operate charter trips to the Trench and can customise a fishing experience for you. Fishing gear and bait is available from the Rottnest General Store at Thomson Bay.

Explore our guide to Rottnest

The #Vanlife movement and availability of 5-star vans have made campervanning, once the poor man’s holiday, the new trend in luxury travel. If you haven’t heard of them before, Camplify is the Airbnb equivalent for van hire, making privately-owned luxury vans available for hire. Long gone are the days of van travel cramping your space […]

There are 100s of new and fun things to do with kids in and around Perth these school holidays. Here is a list of recommendations and events for you to choose from. If you need further inspiration, go to our events guide for kids. EVENTS GUIDE A day trip to Rottnest, starting with the Quokka […]