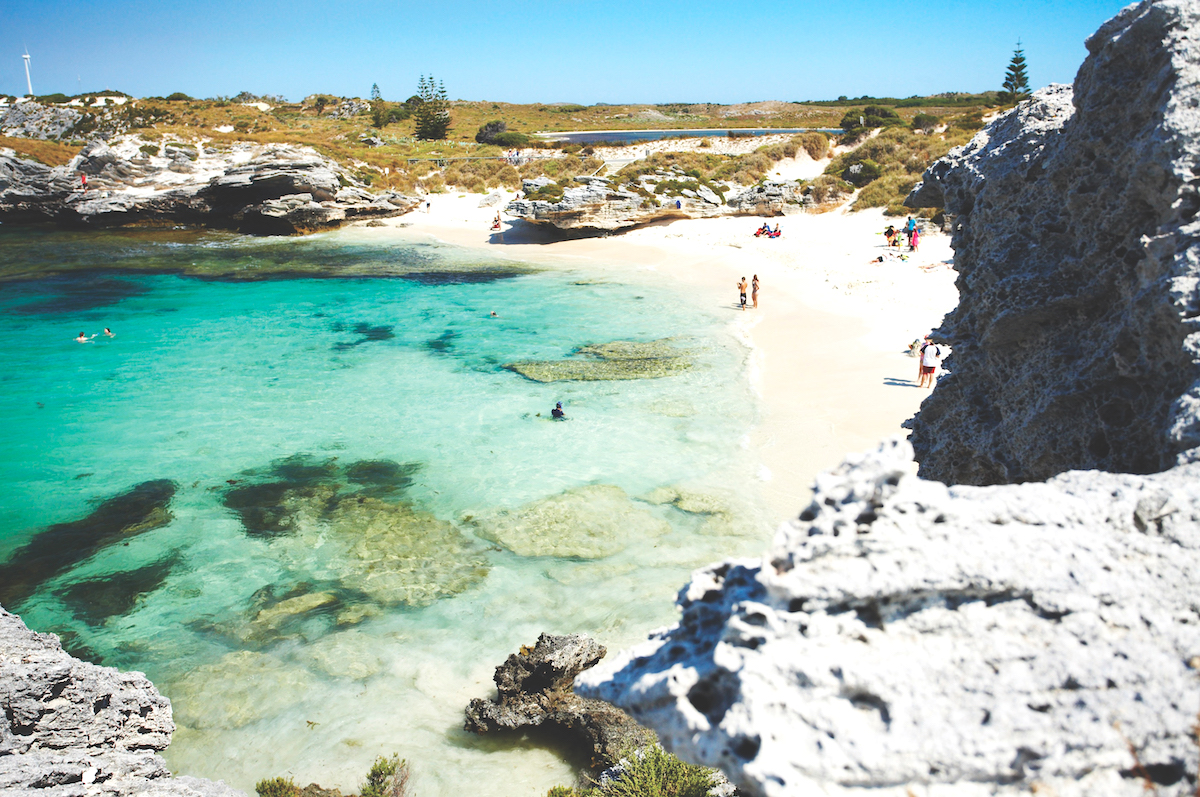 Rottnest has loomed large in the imagination of WA locals, well before Roger Federer and his quokka selfie put it on the map. Its crescent-moon beaches, turquoise waters and incredible wildlife has made it a favourite for generations of family holidaymakers and mates’ weekenders. Whether you’re planning a day trip or an extended stay, here are 12 of the best things to do on WA’s magic holiday isle.

With no cars and extensive cycle paths all over the island, Rottnest is best explored on two wheels. The island is your oyster, and its joy is in the discovery of the little bays, rockpools, dunes, lakes and headlands that make the island so unique. Bring your own bike or rent one from Pedal and Flipper, with possibly the biggest range of bikes, trailers, accessories and snorkelling equipment under the southern cross. If you have small children or lots of stuff, it’s a great idea to rent a bike trailer and they also stock electric bikes and electric scooters now too.  https://www.rottnestisland.com/pedalandflipper 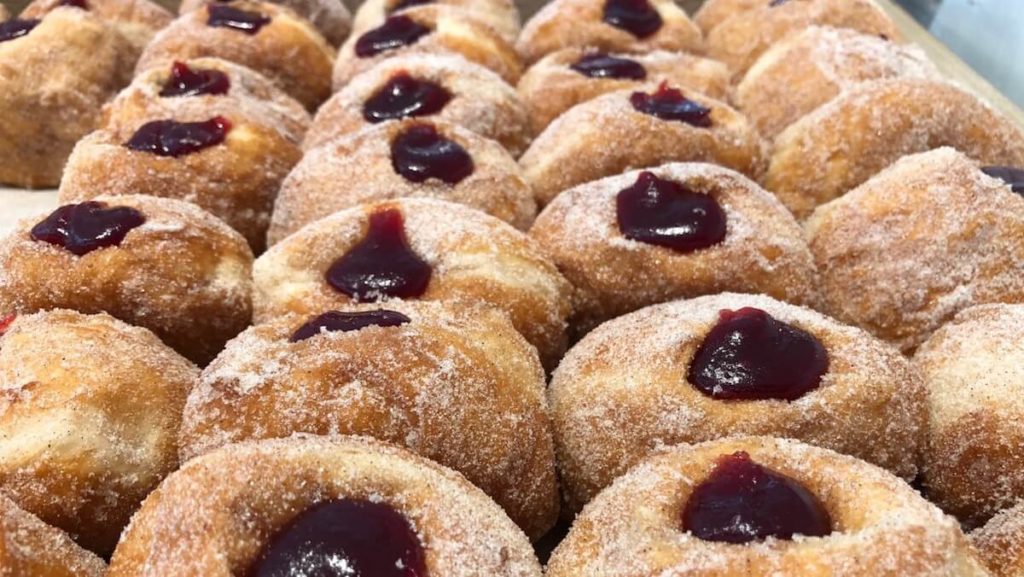 Step off the ferry, breathe in that salty tang and make for The Lane Café in the Thomson Bay Settlement for the island’s best coffee. Fortify yourself for a big (or slow) day ahead with a jam donut from the famous Rottnest Bakery. Still hungry? The Lane also dishes up its signature Cray Dog – grilled local Western Rock lobster, jalapeno harissa and lime mayonnaise in a soft white bun. 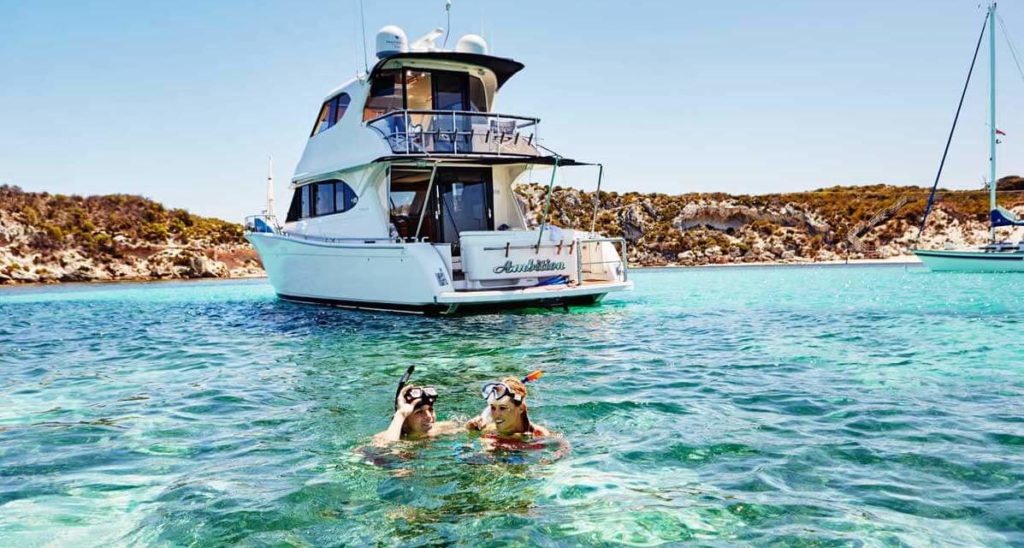 3. Swim at The Basin | The Snorkel Trail paradise

Encircled by reef, the shallow waters and rockpools are a paradise for small children and there is a deeper channel for the more adventurous. The walk from Thomson Bay to the Basin and then further afield to the protected beach of Longreach Bay, is an easy scenic stroll under the Moreton Bay figs.

Thanks to the warm Leeuwin current, Rottnest is one of the best in the west for snorkelling. Don’t miss Parker Point and Little Salmon Bay for the snorkel trail. The turquoise waters teem with rocky coral outcrops and marine life. There are 12 interpretive plaques around the seabed to help you learn more about the incredible marine life. Ride your bike or use the hop on-hop off Explorer bus to get around the bays.

4. Cycle out to the West End

A solid half-day cycle adventure but well worth it. Grab your bike, pack some snacks and plenty of water and make for the rugged, western tip of Rottnest. Beach highlights along the way include Little Parakeet Bay, City of York Bay and Stark Bay. Look out for some of the local wildlife such as dolphins, the fur seal colony at Cathedral Rocks and giant osprey nests. 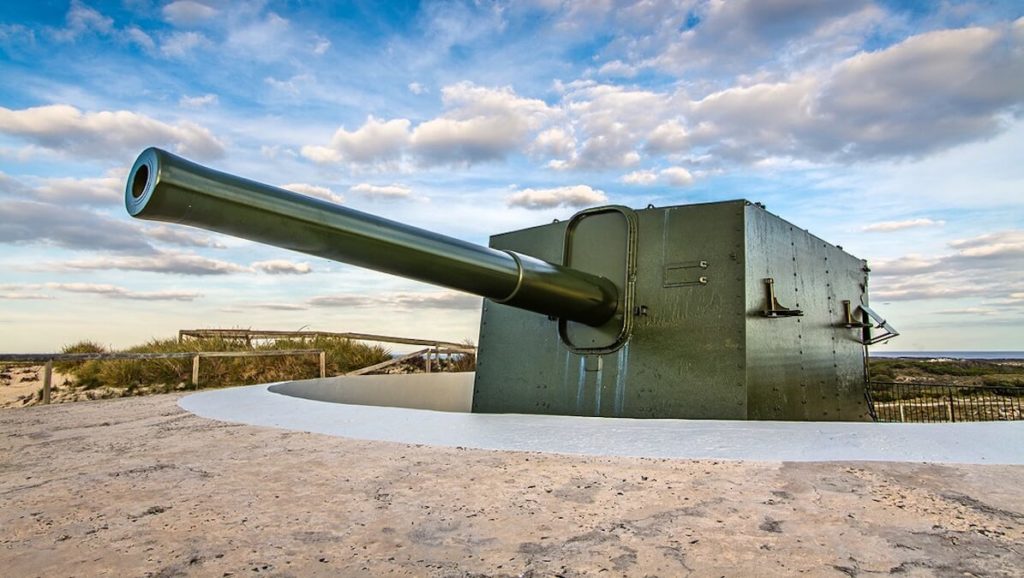 Rottnest played a fascinating role in the strategic defence of Western Australia.
Cycle or take the bus to the military battery at Oliver’s Hill, where enthusiastic guides will take you around the restored guns, tunnels and turrets. Closer to Thomson Bay settlement is Kingstown Barracks and the Bickley Battery, home to thousands of troops during WWII. 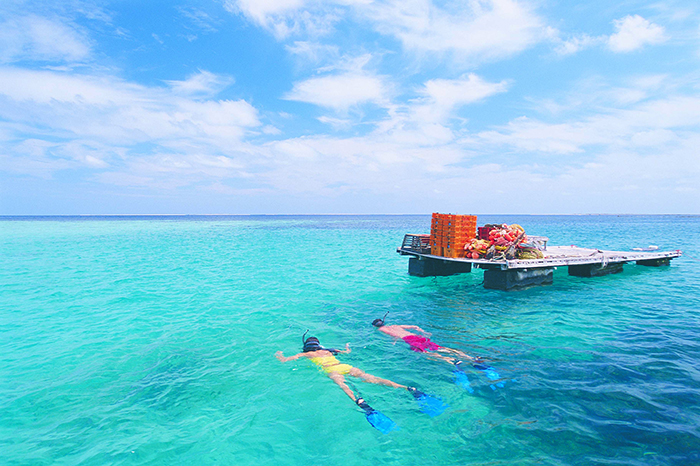 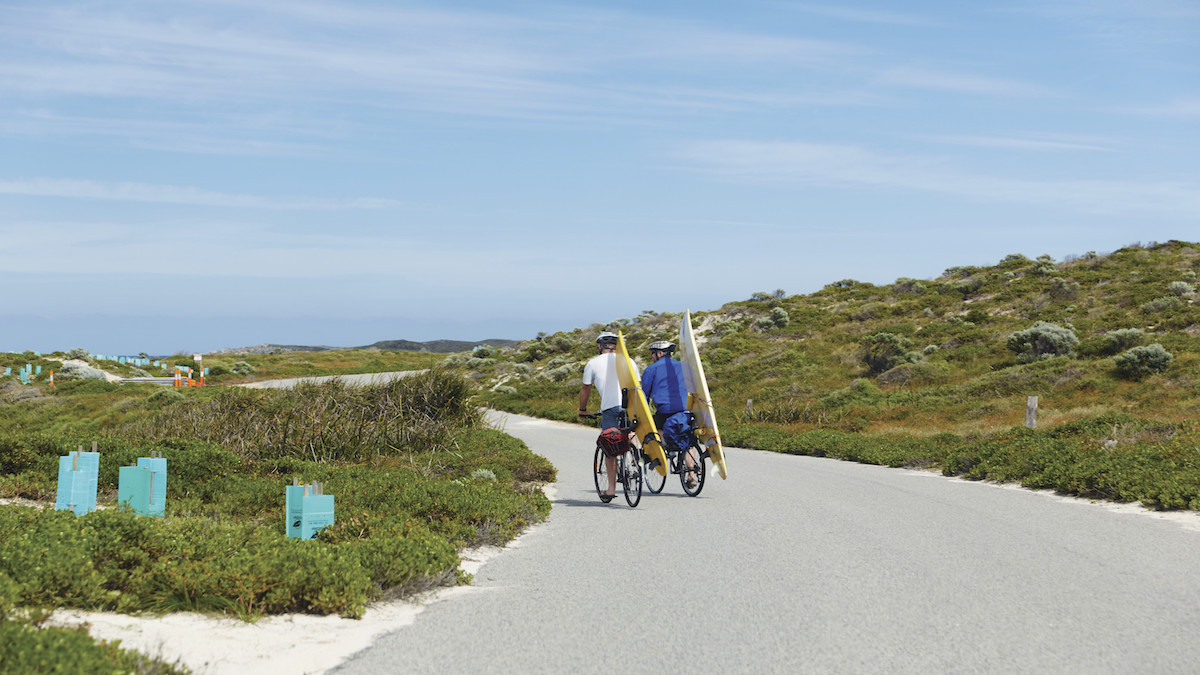 For the local Whadjuk people, Wadjemup means ‘place over the water where the spirits lie’. They have a deep connection to the island that goes back over thousands of years. Learn more about these stories and the island’s history as an indigenous prison and labour camp with a walking tour and smoking ceremony with Go Cultural. Thoroughly recommended, bookings are essential. http://gocultural.com.au/our-tours 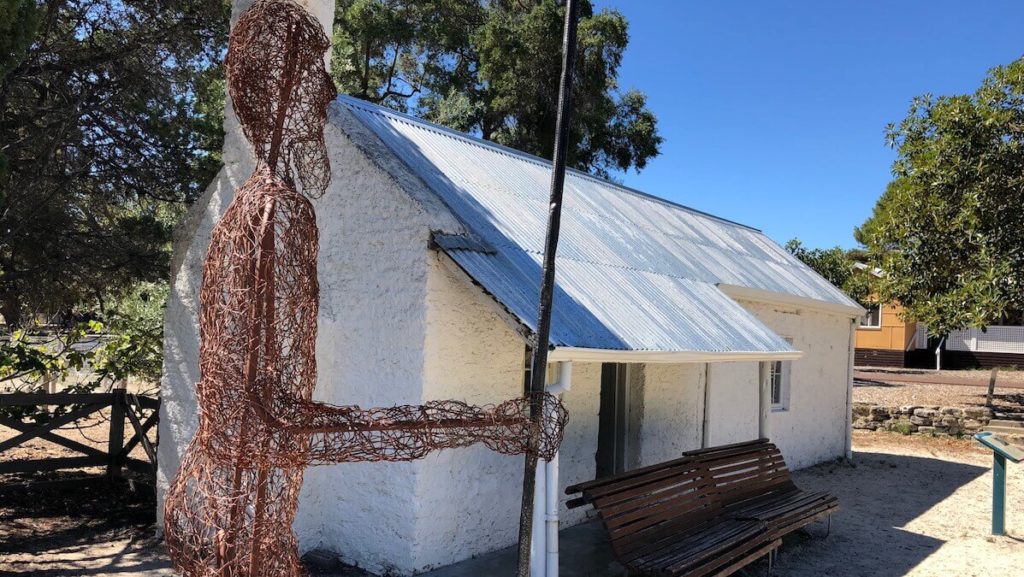 7. Stories and sculptures at the Wadjemup Museum

Built in 1857 by Aboriginal prison labour, Rottnest’s newly revamped museum tells the story of the island through its rich collection of natural history, indigenous heritage and incarceration, early exploration and holiday-making archives. Highlights include flaked tools found at Little Armstrong Bay, Bathurst Point and Charlotte’s Point which are dated between 8,000 – 40,000 years’ old, an old Lightkeeper’s jacket and the interactive touchscreen experience for kids. There’s even a knitted shawl comprised of tea bag strings, made by a very crafty person stranded on the Vasco de Gama cruise ship during the Covid quarantine on the island! Don’t miss new exhibition Sculpture at Wadjemup, a series of sculptures by local artists in the gardens of the museum. 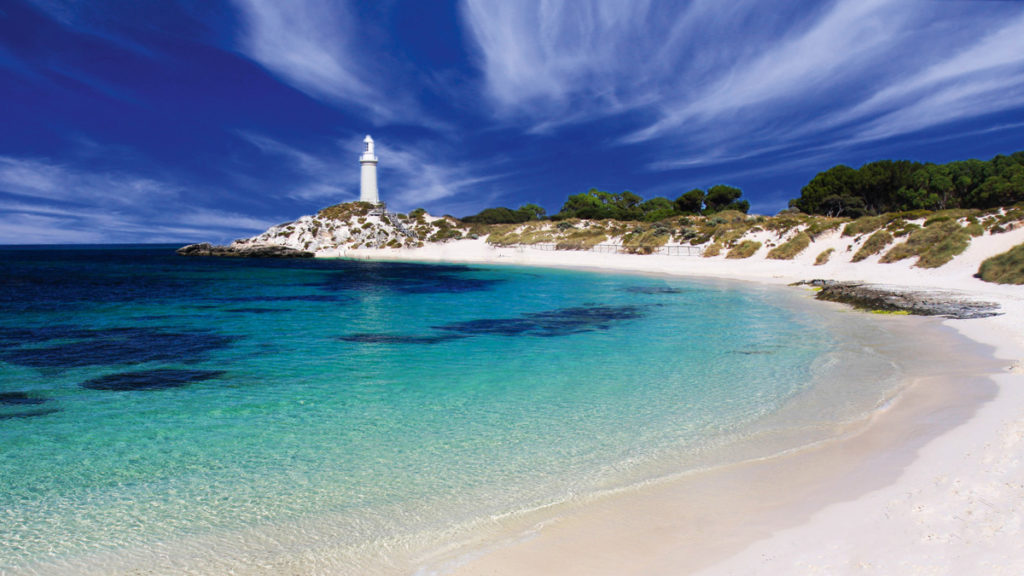 A beacon for boats and holiday-makers, the Wadjemup Lighthouse has extraordinary views of the island and mainland. There are two lighthouses on Rottnest but Wadjemup still retains its working glow. The daily tours by the passionate volunteer staff are highly recommended. Please note, Wadjemup Lighthouse is currently closed until July for painting.

They’re either slothing or doing amazing gymnastics on really sharp rocks! The New Zealand fur colony at the West End is a fascinating sight. You can see them from the viewing platform at Cathedral Rocks or get up close and personal with an Adventure Boat Tour from Rottnest Express. https://rottnestexpress.com.au/

10. Explore the Salt Lakes at sunset

Rottnest’s shimmering salt lakes are best explored as the sun sinks over the horizon. Cycle around the island’s ten lakes, which are an important breeding ground for sea birds, or hike the dedicated Gabbi Karniny Bidi trail, taking in the pastel “walk on water” boardwalk at Lake Garden. Scale Cape Vlamingh for stunning views of the island. 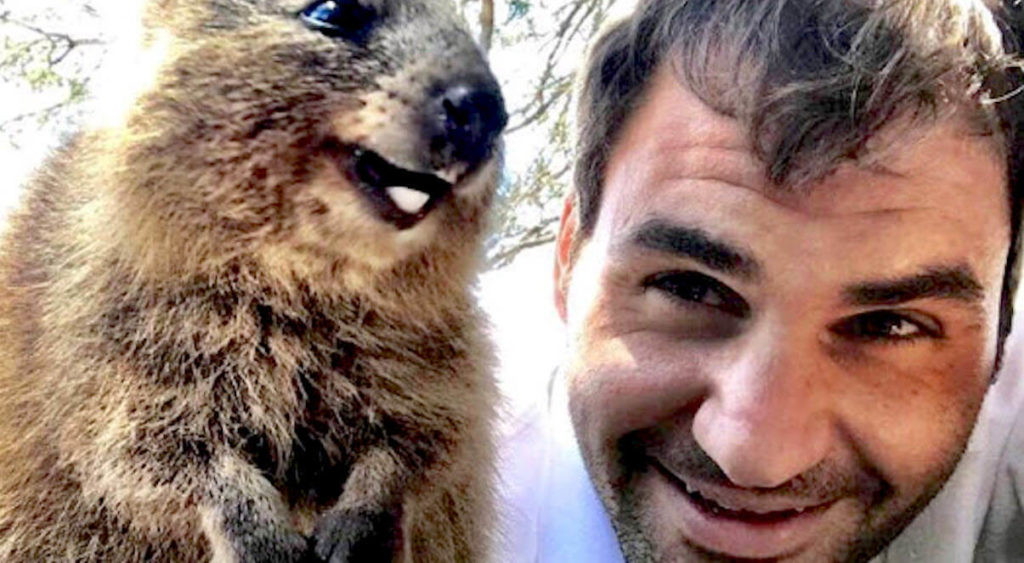 Of course, the ultimate souvenir of your Rotto trip….a selfie with Rottnest’s most famous residents: the quokka. Don’t be shy, they aren’t! 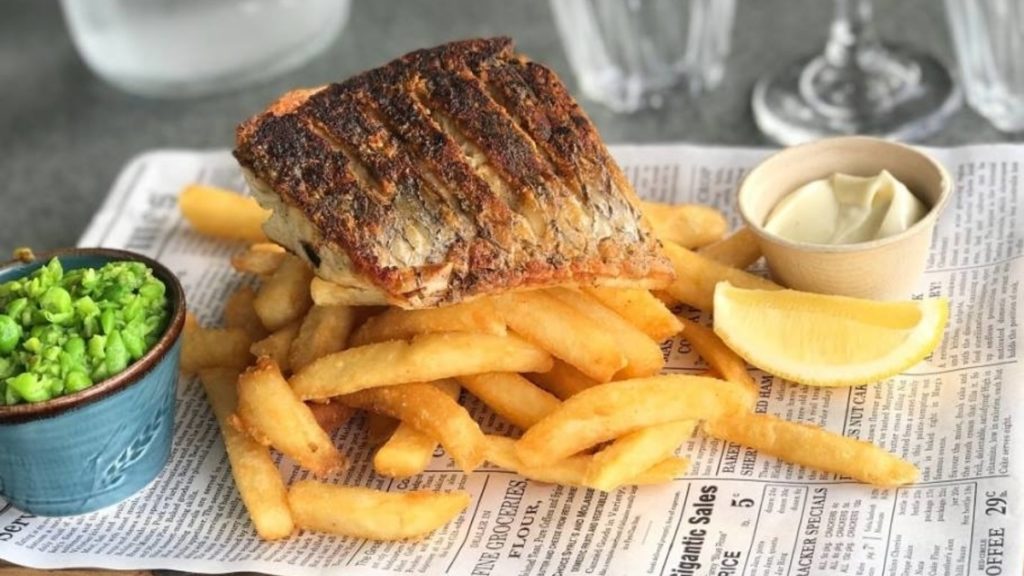 End your day where it started at Thomson Bay. There is no better place to watch the sunset than with a beer at Hotel Rottnest, aka ‘The Pub’. With its ringside location on the sands at Thomson Bay, Hotel Rottnest has been a Rottnest institution for over 60 years. Cheers to Rottnest.

The West has some amazing crafty spots to explore. These marvellously unique attractions and art installations blend nature and creativity together resulting in creations unlike any you’ve seen before. We have compiled a list of some of the most unusual and quirky attractions across WA. Why not escape from the city and discover WA’s hidden […]