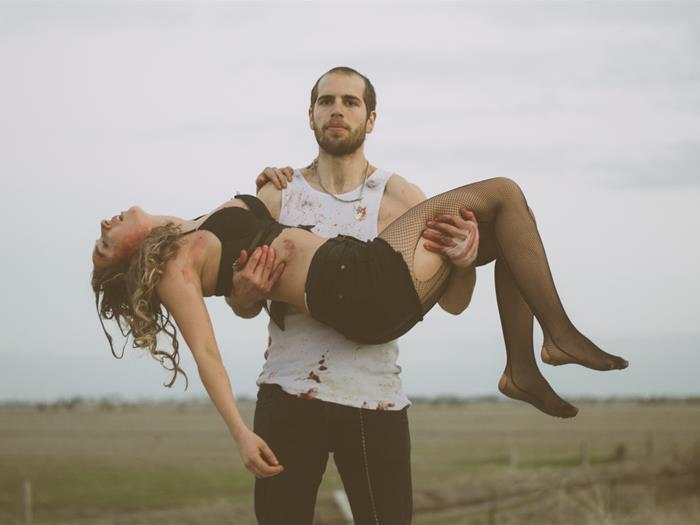 12 Jul, 2017
Web
A visceral but gripping thriller that is both innovative and intimidating.

There’s been a lot of buzz around Watch the Sunset ahead of its world premiere at Luna Leederville last night (Tuesday 11 July); not least because the entire 82-minute movie is filmed in one continuous shot.
Screened as part of Revelation Perth International Film Festival, this is an emotionally raw, visceral thriller set in the dark, dangerous underworld of ice addicts and criminals.
Ex-con Danny (Tristan Barr – also co-director with Michael Gosden) is just out of prison and looking to reunite with his ex Sally and their daughter Jo. But as their reunion gets underway, angry criminals looking for revenge after Danny rescued a girl they were abusing snatch Jo from a playground. The climax is brutal and bloody, with a thrilling showdown set against the setting sun.
This is not a film for the faint hearted. It’s a rough, honest and open look at the brutal world of drugs, crime and power. The directors have taken a gamble by using the one-shot technique to film the entire thing in one take, but it works and to great effect.
The result is a film that is disturbingly real and leaves you feeling like you’re right in the heart of the action. To say that adds to the tension of the film is an understatement, there are points where you feel like you’re seeing this first hand. Hats off to the cameraman, who managed to capture this 82-minute shot while still creating some truly beautiful cinematography.
One thing is for sure, this is a film that will stay with you long after you leave the cinema. Barr and Gosden have created an original masterpiece, one that’s sure to endure.

Watch the Sunset will be screened at Luna SX on Thursday 13 July at 8:45pm and on Sunday 16 July at Luna Leederville also at 8:45pm.

Back with new releases for June, RevonDemand, Revelation Film Festival’s streaming portal, has six more titles for you to check out. For lovers of independent cinema, there are also 200 other international feature films and documentaries available for you to rent or purchase. Watch the trailers here to get a taste: Baxter & Me A […]