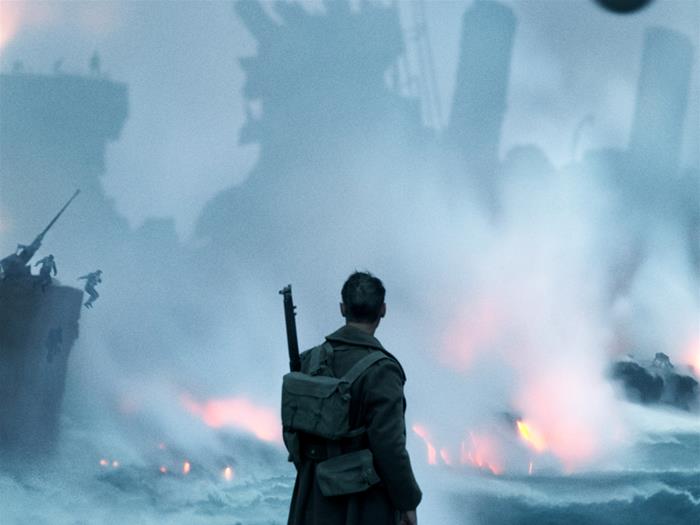 20 Jul, 2017
Web
Christopher Nolan’s epic is an honest and compelling look at the power of human spirit in the face of hopelessness.

The evacuation at Dunkirk is one of the most defining moments in British history; an incredible tale of the power of human spirit in the face of adversity. For those who don’t know the story, during the Second World War, British, Belgian and French troops were surrounded by German soldiers and trapped on the beaches of French city Dunkirk with no hope of rescue. British war ships coming to the aid of these stranded men were constantly bombarded and sunk by German planes and there seemed little hope of the troops making it home.

Then, in a courageous move by British civilians, hundreds of boats, big and small, travelled across the Channel to rescue over 300,000 soldiers who had all but given up hope. It’s an epic tale, and one that lends itself to potential glorification at the hands of Hollywood.

But forget sweeping battle scenes and cheesy one-liners, heroic gun-fights and epic speeches, Christopher Nolan, the acclaimed writer and director responsible for The Dark Knight Rises and Inception, has brought this incredible tale back down to earth by exploring it in honest, brave detail through the perspective of the men and boys who lived it. His Dunkirk is open about the fear, hopelessness and sheer audacity of that famous evacuation in May and June 1940.

The action takes place over three timeframes, following three separate narratives that inevitably collide as the film reaches its climax. Stranded on land, Tommy (Fionn Whitehead) and Alex (Harry Styles) try desperately to get on a boat, any boat, away from the doomed beach constantly under attack from German bombers.

In the air, Farrier (Tom Hardy) flies over the Channel, chasing down German planes as they attempt to destroy any ships coming to the rescue of the British troops. Finally by sea, civilian sailor Mr Dawson (Mark Rylance) takes a chance in picking up a stranded, shell-shocked soldier (Cillian Murphy) on his small fishing boat as he sails from England to France to do his bit in the rescue attempt.

Dunkirk boasts an impressive cast of renowned British actors and relative unknowns, all putting in emotionally honest performances that truly capture the reality of the event. Harry Styles is perhaps the most surprising, the icon of now-defunct boyband One Direction puts in a mature performance as the scathing, desperate Alex, determined to get off the beach no matter what the cost.

Gripping, thrilling and as far from a typical war movie as you’re likely to get, Nolan’s Dunkirk is an inspiring and beautiful piece of cinema.

Dunkirk is in cinemas now