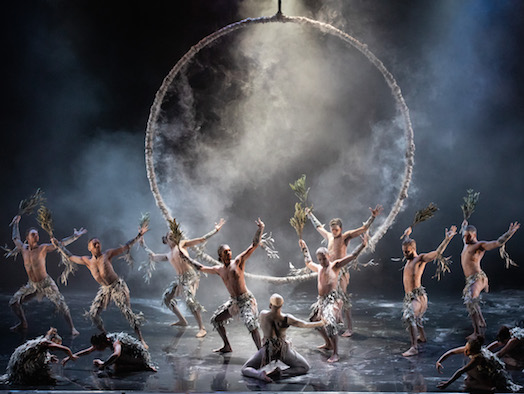 Presenting over 30 features, documentaries and short films, Revelation Perth International Film Festival has announced the full program for the 23rd iteration of the diverse and intriguing festival. Celebrating independent filmmakers from local legends to global artists from 21 countries, the screenings run from 9 – 13 December, culminating with the WA Screen Culture Awards.

As a companion to the festival, Revelation’s online streaming platform, REVonDEMAND, will continue to showcase titles from the comfort of your own home until December 20. Tickets are on sale now from here, and to help you choose, we’ve got Film Programmer Jack Sargeant’s Top 5 Picks.

You can explore the full program online.

I think that Morgana Muses makes for a great subject for a documentary. Her story is fascinating; the idea of her having this awakening in middle-age, and how she has subsequently been able to create this new existence is inspirational. To me it shows there’s always possibilities. The way the film tells the story, the way in which Isabel Peppard and Josie Hess direct the film, combined with Morgana’s openness as a subject, plus the use of various clips, shows the power of documentary. There seem to be a lot of films by or about strong women in this year’s program. These two films, both about 45 minutes long and playing as a double bill, came through our call for entries. Execution (Stavit Allweis) and Real Bad Idiot (Alanah McKellar) are both quite different, but I think they share some kind of transgressive sensibilities. Execution is a revenge movie; it has this bold graphic quality and takes the revenge film in a new and unexpected direction. Meanwhile, Real Bad Idiot plays as a demented high school / coming of age flick. When we watched both of these titles for the first time we were left thinking “wow, what the fuck?” I think there’s a sense of a new generation of filmmakers here who are really making their voices heard. Ok, a rare pick because it is a short – but directors Erin Coates and Anna Nazzari, have created a kind of quasi-surreal horror. This is an incredibly ambitious and beautiful work. I also want to say, the quality of short films in general is so high at Revelation, you can see that by the fact we even have a stand-alone ‘long shorts’ session.

Lydia Lunch: The War Is Never Over

Beth B is probably the only person who could make this movie. Beth and Lydia go back to the no wave / post-punk / underground scene of New York in the seventies. This film traces Lydia’s career and life but does so with a rare honesty and power. People who are familiar with Lydia’s work will learn more, people who don’t know the work will come away wanting to search it out. There’s some great music and interviews here, seeing it – and hearing it – on the big screen will be pretty much perfect.

Jeffrey McHale’s documentary about Showgirls is just so much fun. Is Paul Verhoeven a genius? Is Showgirls trash? Is Showgirls a cult classic and a camp masterpiece? An incisive political commentary? To me – as a fan of film – I think too many movies get dismissed, that later, you watch, and think “that really said something.”  You Don’t Nomi really should make people re-evaluate Showgirls (and you can, because we are screening it too). Here is a director who made all these great films, rich in political and social commentary – Robocop, Starship Troopers, Total Recall, Black Book, and Elle – personally I don’t think Showgirls is a blip, I think it fits right in there.

For more information on Revelation Film Fest, check out their website here.