After critical acclaim and unprecedented popular demand, the creators of Pop-up Globe and Live Nation have announced an extra week of shows!

The Perth season of Pop-up Globe will be playing until Sunday December 1 at Crown Perth and new tickets are selling now.

Since previews began on 5 October, audiences and critics alike have been raving about Pop-up Globe, with over 35,000 tickets sold already and many performances sold out. Perth theatre critics have extolled the experience and each of Pop-up Globe’s plays. The West Australian said, “It’s a tour de force that delights and moves in equal measure” while Stage Whispers said, “A fun night that would be hard to beat as a theatrical experience”. SeeSaw Magazine described Pop-up Globe as “something of a wonder”.

As Founder and Artistic Director of Pop-up Globe, Dr Miles Gregory believes Shakespeare’s work performed in the space it is written for is a completely unique and transformative experience.

“Our audiences are blown away by the immersive experience of seeing Shakespeare performed in the space for which it was written. The relationship between actor and audience, the spectacular space itself, together with the power of Shakespeare’s incredible work, means attending plays at Pop-up Globe is totally different from anything you’ve ever seen before,” he said. 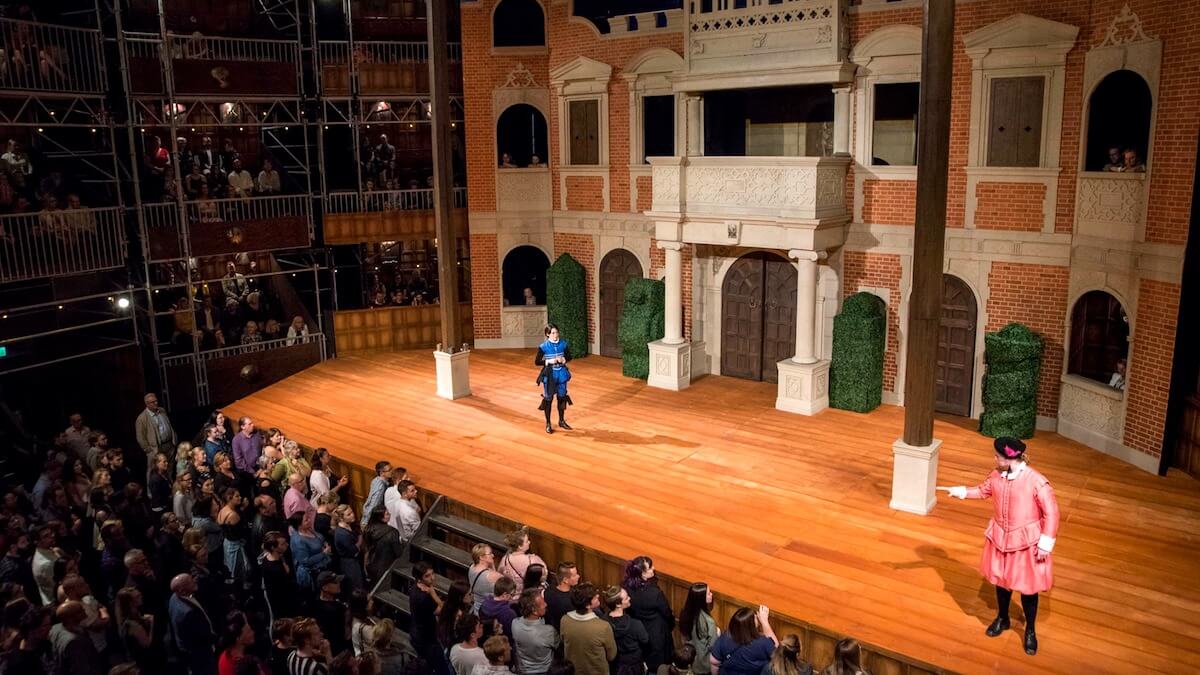 Pop-up Globe is a three-storey, 16-sided, 900-person capacity theatre, uniting cutting-edge scaffold technology with a 400-year-old design to transport audiences back in time. No matter where they sit or stand in the theatre, audience members are never more than 15 metres from the heart of the action on stage – sometimes they’ll even find themselves in the play!

The world’s first full-scale temporary working replica of the second Globe, the theatre Shakespeare and his company built and opened in 1614 after the first Globe theatre burned to the ground, is located in Crown Perth.

What’s on this Season

One of Shakespeare’s most quoted works, Hamlet could be the most famous play in the world. Hamlet combines all the swashbuckling action of a revenge tragedy with profound and poetic questions about the nature of life and death. Featuring beautiful bespoke Jacobean costumes, brutal flights and lashings of blood, this production is not to be missed.

Justly regarded as Shakespeare’s comic masterpiece, A Midsummer Night’s Dream enchants audiences with a brilliant mix of hilarious comedy and beautiful poetry. This production fuses spectacular Jacobean costumes with Maori folklore to create a flagship production which was a smash hit in Sydney. Experience Moulin Rouge, Shakespeare-style with this critically acclaimed all-singing, all-dancing cast as they take a wild romp through the seedy streets of 17th century Vienna. In this city of brothels, louche lads-about-town and illegitimate children, the mayor and a young nun meet in private. She wants to save her brothers’ life. He is happy to help – but at what price?

With dancing sailors, identical twins, love-sick chemists and sword fights, this all-singing, all-dancing production takes the energy of Jean-Paul Gaultier and mixes it with a love-sick dose of pure madness to transform Shakespeare’s hilarious comedy into a wild romp that will have you dancing in the aisles.

Where to go for a delicious family meal on Rottnest Island

After a big day of sun, sand and sea, there’s no better way to unwind than with a hearty meal at one of Rottnest’s first-rate restaurants. Blessed by its abundant surroundings, Rottnest is well-supplied with the freshest seafood and local produce from across the water. Whether it’s crispy fish and chips or freshly baked sourdough pizza that you are craving, the chefs on the island have you covered. Our top picks all include a special menu for the kids, so you’ll be sure to have happy campers at the table.