Ben Broady’s passion for the unique landscapes of the East Kimberley developed at a young age.

Growing up in Wyndham, Ben has lived in Kununurra for the past 30 years, working as harvest manager for the world’s largest Indian sandalwood plantation before taking up the camera professionally.

“Photography was never on my radar,” he says, explaining how he came to the craft after a visit from snap-happy friends left him with a taste for it.

“We were zipping around a billabong one day and my mate had his camera and I asked to have a go. The photo was terrible! But the colour and detail was incredible. At the time, I was doing bush walks regularly and thought it would be amazing to capture some of the scenes I saw.” 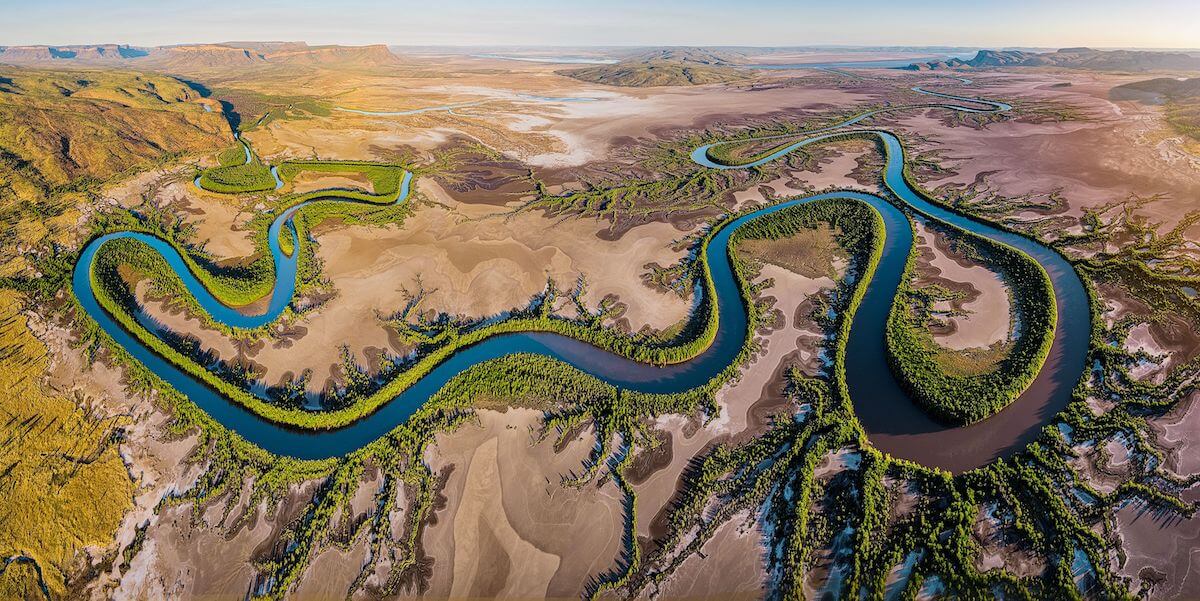 A self-identified astro-photographer and storm-chaser, for Ben, it’s all about chasing the light and working to bring out the incredible colours that are iconic of the region. May through to September is the best time for astro-photography; the new moon cycle that begins in June marks the prime time for shooting the Milky Way.

“Astro-photography is very gentle. You’re standing in complete darkness shooting for hours on end. You’re shooting trees that are over a thousand years old. Everything is very still.” 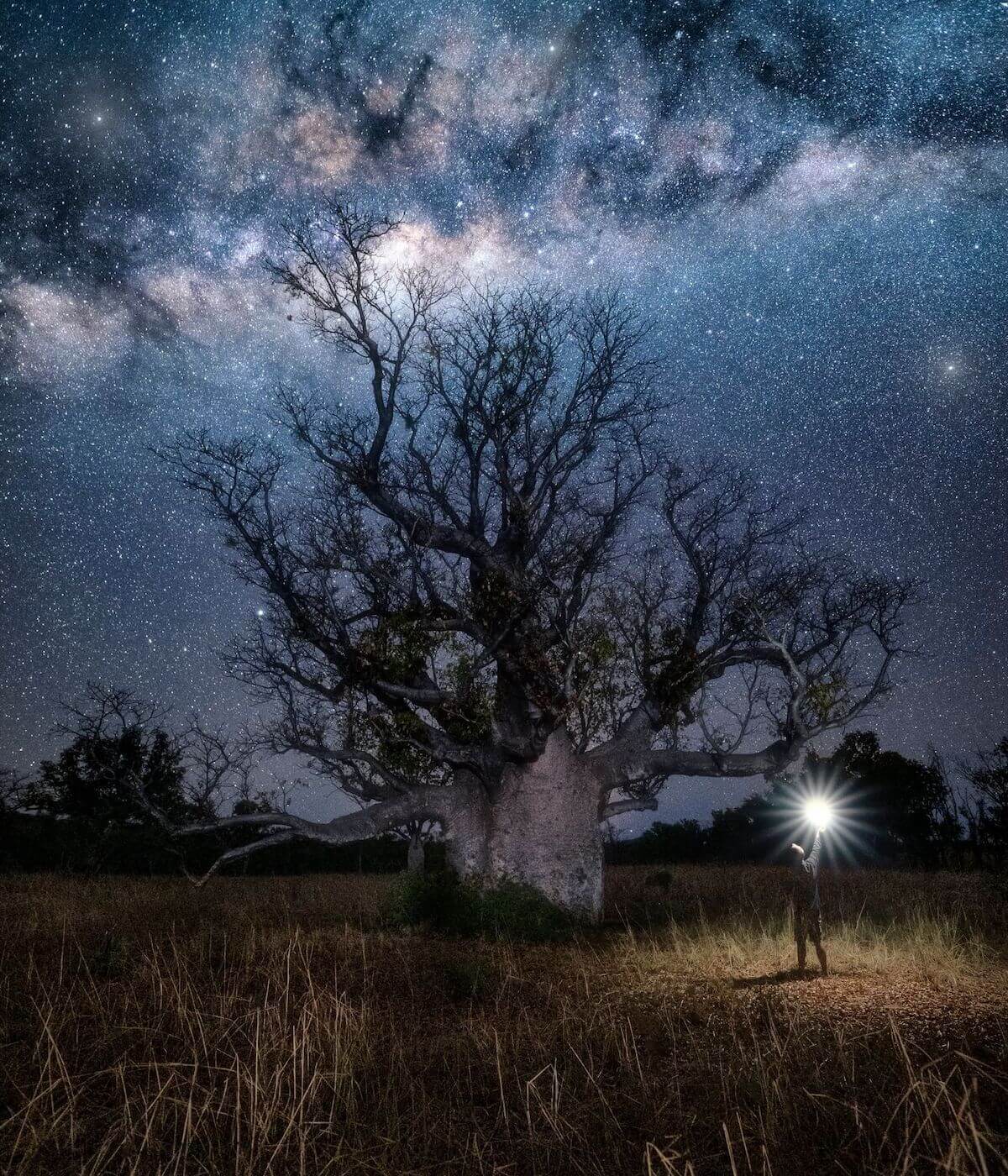 With a big passion project on the go at the moment, Ben has been heading out into the bush for several nights at a time, shooting in 2 hour shifts to capture the changes in the Milky Way. Whenever he returns home after one of these trips, he always feels grounded.

“With a storm, on the other hand, you’re often driving around like a crazy person trying to get to the front of the storm. There’s wind, dust, rain, lighting – it’s thrilling, and there’s lots of adrenalin pumping! There’s lots of pressure and you often miss the shot.”

“You start shooting when the storm is about 30kms away. It’s travelling at about 80kms an hour. Once it passes, it’s gone. The storms are absolutely massive though, unlike anywhere else in WA.” 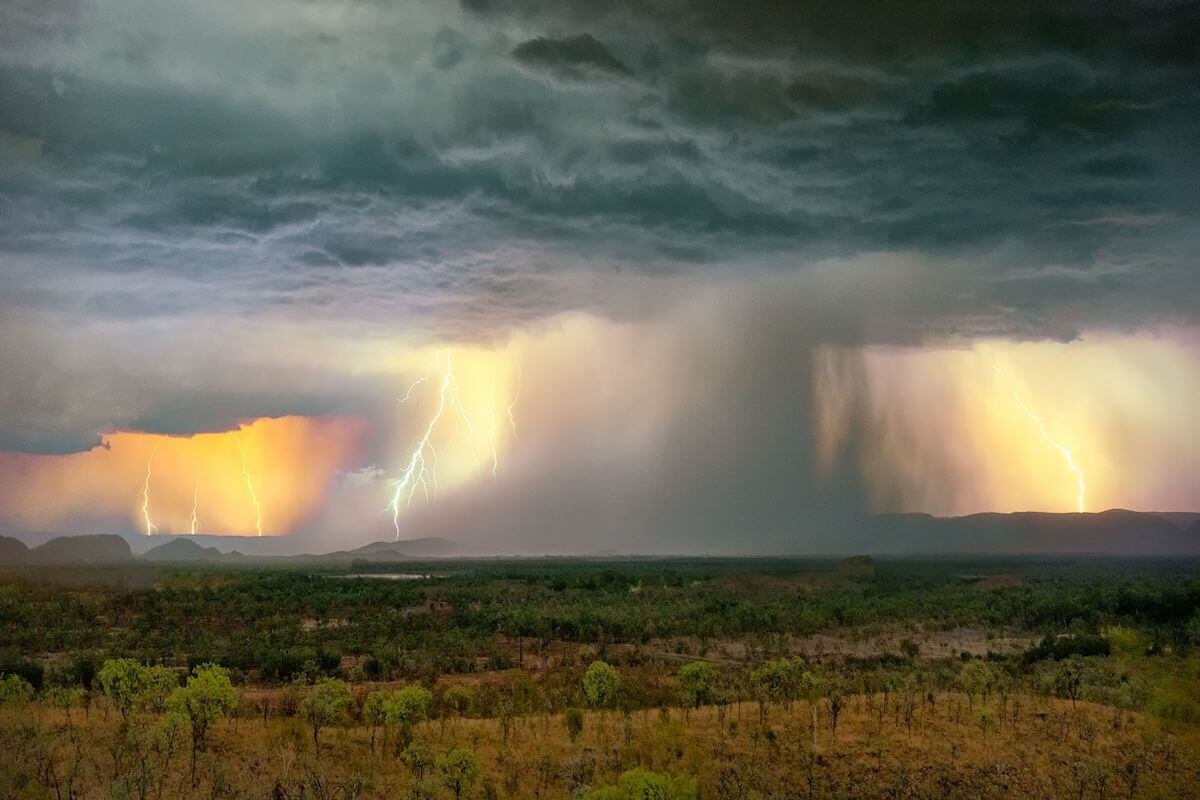 The wet season is the best time if you’re wanting to capture these dramatic shots, but it’s not the ideal time to be up the region, as being the off-season, all the major tours and attractions are closed.

When he’s not shooting commercially, he travels and runs his Dream Photography workshops in the Arctic. About six times a year, he and eight others travel to the Arctic to shoot at some incredible locations.

In Norway, he says, the light is always different. The shot taken at Reine Bringen was shot in one go, and he says it is one of the best he has ever taken. When asked about what keeps him in the Kimberley, he says it’s the ancient, Jurassic landscapes that you don’t see anywhere else.

“Everything is Jurassic up here. The landscape is a Jurassic landscape – the only thing that’s missing is the dinosaurs. It’s very ancient, dotted with boab trees that are ageless. You can’t tell the age of a boab tree, although they say that once the branches start to turn towards the ground, they’ve reached 1500 years.” Ben explains that every single boab tree is unique, with it’s own character.

“There are no two boab trees that are the same.” A very ancient but fragile landscape, Ben says the land has a deep effect on everyone who visits.

“There’s something crazy about this place. I see people come up here and they feel the difference. You feel a spiritual connection here.”

“I’m just so blessed that I grew up here. I don’t know how I would do anywhere else in the world. The Kimberley is my home. This land is my deity, I revere it, I respect it, I have no ownership. I am a visitor here; my time is temporary.”

To see more of Ben’s shots, see here and check out his Instagram.

Home of the annual Nannup Music Festival, the character-filled town of Nannup has lots to offer year-round. Located on the banks of the Blackwood river and about 270km south of Perth, coming to Nannup feels like stepping back through time. The peaceful main street is home to weatherboard shop fronts and colourful garden beds, with […]

Relax by nature with these eco-tours of Mandurah

Mandurah is home to some of the most beautiful and healthy aquatic life in the world, with an estuary more than twice the size of Sydney Harbour. The thriving fauna and flora draw tourists from all over Australia, and the natural, wild landscapes are the perfect way to escape the city and reconnect with this […]