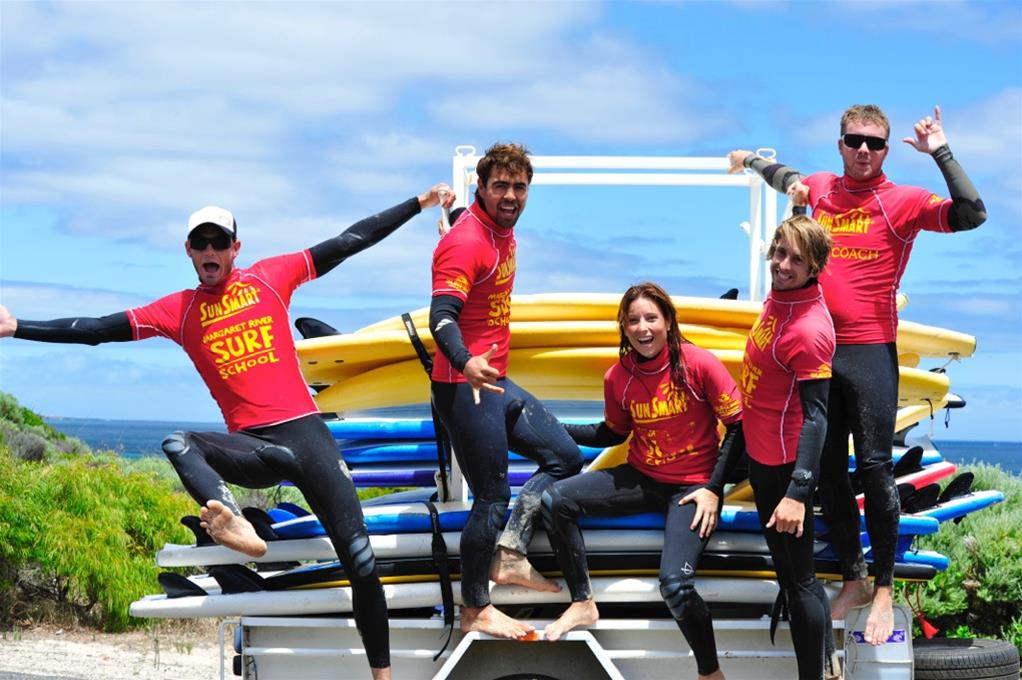 Owner and head coach Jarrad Davies is a Margaret River local surfer who lives and breathes everything surfing!

Jarrad Davies has been managing and head coach for the Margaret River Surf School for close to 10 years now and become the surf schools full owner in 2015. His wife Domanie is a Primary school teacher who has also been coaching along side him for nearly 5 years now. They live in Cowaramup with their little girl who was out in the surf with daddy at just 6 months old. Surfing runs in the genes!

Jarrad is an accredited level two surf coach, qualifying him to coach beginners through to high performance surfers. He takes pride in his professionalism, fitness and energy as well as his highly qualified surfing knowledge.

Jarrad, like his own daughter, was in the water with his dad from a young age. Jarrad has been sponsored by Volte, Rusty, Oakley, Grubb Surf Boards and Odyssey 20/20 and has won state competitions for both Surfing WA and Surf Life Saving. Jarrad competes locally and nationally mainly as a short board rider but also extends his talents to single fin, long boarding and stand up paddle boarding.

The Margaret River surf school strives to give everyone the chance to experience the thrill and excitement of catching waves and extending their abilities with our expert advice.