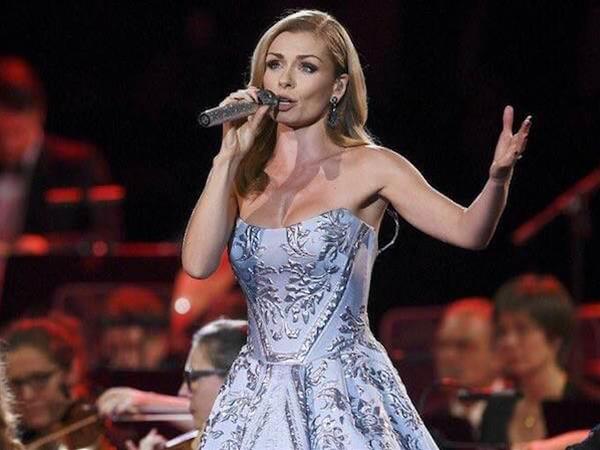 An Evening with Katherine Jenkins

Having performed in some of the most iconic venues across the globe, multi-award-winning performer Katherine Jenkins is soon to add a handful of prestigious venues to the list as she tours Australia.

Katherine Jenkins is a Britain's best-selling classical artist of the past 25 years, who first came to public attention when she sang at Westminster Cathedral, honouring Pope John Paul II's silver jubilee in 2003. For the first time since her 2011 arena tour with Plácido Domingo, Aussie audiences will again have the opportunity to see some of Katherine Jenkins most well-known songs, including 'Time to Say Goodbye', 'Jealous Of The Angels' and 'Blinded By Your Grace', with the addition of a piano and string quartet.

"I'm extremely excited that I’m finally returning to Australia and that I'll get to see more of your beautiful country. My father was stationed in Australia when he was in the Navy so visiting the country has always held special memories for me," says Katherine Jenkins. "It was such an honour to perform at the Sydney Opera House on my previous trip; I’m looking forward to performing in new and wonderful places, as well as showcasing some of my newer material for Australian audiences."

"When I performed in Christchurch in 2011 with Placido Domingo, I always said I would return to see the city rebuilt and in a stronger place," she adds. "I already feel emotional and excited at the thought of singing there in November and meeting the incredibly inspirational people who helped put on the charity concert those years ago."

Following on from the success of her debut album 'Premiere' which topped the classical charts for eight weeks in a row, making her the fastest-selling soprano of all time, Katherine Jenkins continued her meteoric rise to fame, with performances at the Rugby World Cup, at Buckingham Palace for The Queen, at the Nobel Peace Prize Concert in Oslo and iconic venues including Wembley Stadium and The Sydney Opera House.

Since becoming an international name, Katherine Jenkins has gone on to release 11 critically acclaimed studio albums, perform for the troops in Afghanistan, receive the Order of the British Empire (OBE) and numerous music awards, solidifying herself as one of the world’s most prolific crossover artists.