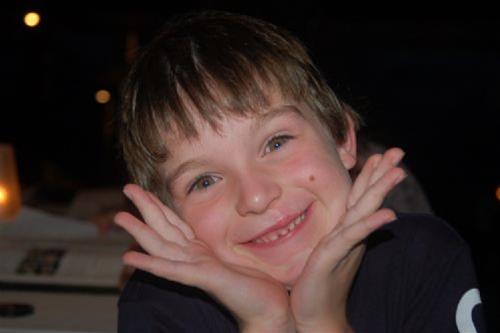 The Cleft Palate and Lip Society (CleftPALS) was established to provide support, reassurance, and knowledge to parents and their families of a child born with a cleft condition. This was the vision when the support group seed was planted. The seed has grown over the years with branches in most states around Australia.

Way back in 1974, the days of flares and free love, CleftPALS was born in NSW. It all started when two friends had babies with a cleft at the same time. The friendship and support that they gleaned from each other was so helpful that they decided to share it with other parents.

In Western Australia it pretty much started the same way as in NSW.

The beginnings of CleftPALS WA harks back to 1971/72 and an orthodontist by the name of Dr William Brogan who suggested to the mum of a cleft-affected child getting all the other parents of cleft-affected children together on a regular basis for moral support and discussion forums.  Flyers were put up at Dr Brogans private rooms and soon there was enough interest to hold the first meeting, held with the kind continuing support of Dr Brogan at his private residence.  Turnout steadily increased to the point where a hall was hired to cater for all the interested people.

However the CleftPALS motto "The Sharing Helps" can be traced back even further to unsung everyday heros like local GP's who were the front-runners to the formalisatisation of such support groups, be it CleftPALS or other similar parent support organisations.  One such example was in the middle of the swinging 60's when a Carlisle GP noted that two of his patients were mums of cleft-affected children (born a few years apart) and only lived a few doors away from each other on the same street.  He recognised the benefit of introducing the mother of the older child to the mother of the 2 month old baby preparing for her child's first repair surgery, as bewildering and stressful today as it was back then!  At the doctors request Judy duly dropped by for a cuppa and a chat armed with pictures of her cleft-affected son, helping put Jessie's mind at ease as to what her and her daughter were about to undergo.  Jessie too saw the value of sharing and demystifying the journey to other mums and hence was one of the initial members of CleftPALS WA "paying it forward".

So, long before "The Sharing Helps" officially became the motto of CleftPALS WA there were people already living by its mantra.

The actual Cleft Palate and Lip Unit was started by Mr Harold McComb (Plastic Surgeon) in the mid 1950’s at Princess Margaret Hospital. Dr William Brogan (Orthodontist) later joined him in the 1960’s.  They were infact channelling our motto “The Sharing Helps” and putting it out there, connecting mums to share and discuss long before the formal creation of CleftPALS WA.