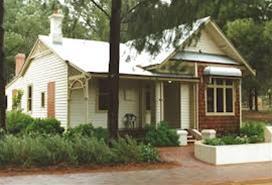 Midwest Charity Begins at Home is passionate about raising funds for cancer sufferers and those with serious illness within the midwest WA community.

Located in the beautiful Edith Cowan Heritage House, nestled by the lake, on the Edith Cowan University campus in Joondalup The Peter Cowan Writers' Centre (PCWC) is a  strives to be supportive of new writers.

Early in 1998, Edith Cowan University set aside a place for the centre in the newly reconstructed Edith Cowan House (pictured above and right) at its Joondalup campus.

The centre is named after Peter Cowan, one of WA's most esteemed writers and academics.

The grandson of Australia's first female parliamentarian, Edith Cowan, he was renowned for his short stories, a tradition perpetuated by the PCWC. He passed away in 2002.

As a not-for-profit community organisation, PCWC highly values its partnerships with government and non-government funding organisations

Four writing competitions are held every year and assessed by leading judges and to be an alternative for those who take creative writing seriously.