Some places have pull. Places so magical, so magnetic, they have a knack for turning unsuspecting visitors into residents. Like Cortona in Under the Tuscan Sun or Paris in Almost French.

The Porongurups is that kind of place. In many cases, its inhabitants took one look at the soaring mountains, undulating vineyards, rich farmland and tight-knit community and said, “Honey, I think we should stay.”

“My husband Ben and I came down to the Porongurups for a holiday last year,” says Nichola Broad, owner of boutique accommodation The Sleeping Lady Private Retreat. “We were visiting Castle Rock Estate and saw the For Sale sign. We just fell in love with the property and that was that. It ended up being a very expensive holiday!” It’s a common story: visiting foodies who became producers, inspired artists who turned hobbies into careers and – most common of all – wine buffs turned vignerons.

And who can blame them? This visually stunning granite mountain range, 20km east of Mt Barker, is among 34 internationally recognised biodiversity hotspots and includes majestic old-growth forests filled with karri, marri and jarrah trees, 700 types of flowering plants, and 78 bird species. Rocky outcroppings, covered in moss and lichen, rise up to 670m above the forest floor and make the perfect vantage points for views of the coast to the south and the Stirling Range to the north.

In the verdant plains at the base of the national park is the tiny hamlet of Porongurup, with its charming shop and tearooms (easily recognisable by the Ned Kelly petrol pump out front), and lovingly preserved historical buildings. Along the 35km park’s perimeter is a patchwork of farms, artists’ studios, boutique accommodation, galleries and the region’s biggest drawcard – wineries. 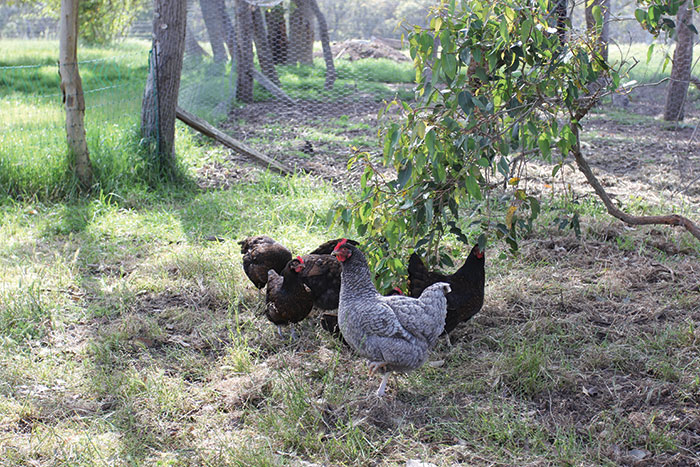 Despite being one of the lesser-known subregions of the Great Southern wine region, the family-owned and operated vineyards in the Porongurups produce some of its best cool-climate drops: fruity and mineral rieslings, citrus-and-nectarine chardonnays, and spice-packed pinot noirs.

It all began in the 1970s when a viability study revealed the Porongurups’ high potential for wine production. Variables like temperature, elevation, aspect and rainfall played a part, but it was the region’s mineralised soil that proved most promising.

Just ask Andy Colquhoun, the gregarious, 79-year-old owner of Springviews Wine, and one of the Porongurups’ most vocal advocates. “This is a very ancient piece of Australia – the Porongurups are 1.1 billion years old – and if you do a soil analysis, you discover that it’s full of microflora which provide nutrients to the plant in exchange for the sugar and starches. And it’s this magnificent little bacteria that makes it so unique here.” 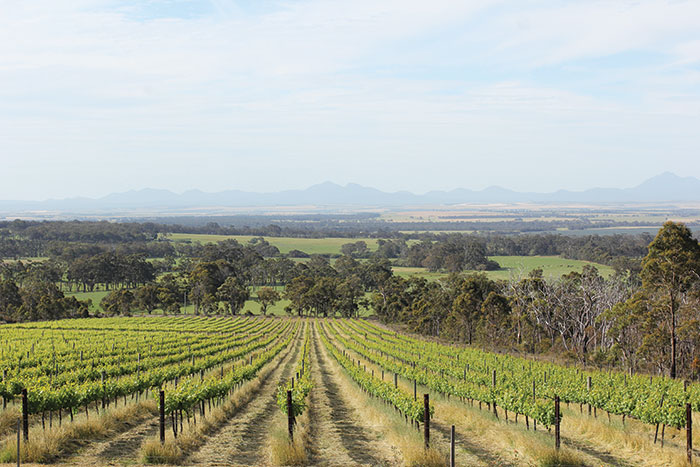 “Anything that you grow here tastes incredibly special,” agrees Gene Harma, owner of Ironwood Estate Wines. “One of our neighbours grows apples – you can’t find apples that taste better than that. Stonefruit, strawberries and grapes, of course – they all have magnificent flavours distinct to this region.”

That winemaker is Rob Diletti of Castle Rock Estate. He was just six years old
when the vines on his family’s property were first planted on the eastern slopes.
Fast-forward 32 years, and aside from making wines for the family winery, Rob also helms the winemaking efforts at Duke’s, Zarephath, Abbey Creek and Shepherd’s Hut. “Rob has done much, if not more, in unlocking the previously hidden ability of the Porongurups to produce wines of exquisite delicacy, spanning the gulf between riesling and pinot noir, with everything in or around those two varieties for good measure,” says James.

Either the title of Winemaker of the Year still hasn’t sunk in, or Rob’s an extremely humble man. “I think it’s a combination of a really good site that produces really good grapes, and the fact that I don’t have to answer to an accountant, so I can focus on quality. Our Castle Rock wines are doing well, but so too are all of our contract wines. You really have to look after all the wine as if it were your own.”

Not that contract winemaking is free of controversy. It flies in the face of the romantic idea that wineries are run from the ground up by the same family that grows the grapes. Scott Clements tends to the herd of Friesian sheep he raises with his wife, Nicole Selesnew.

“Contract winemaking is really common in small wine regions,” says Rob’s father, Angelo. “Most of the sites are small, and it isn’t worth putting in the infrastructure to make their own wine. I mean even we are probably too small to have a winery – we’re only 30 hectares.”

This is in stark contrast to more commercially developed wine regions, such as Margaret River. “The Great Southern region now, including Frankland, is probably, in terms of acreage, bigger than the Margaret River region but it doesn’t get the same kind of acknowledgement,” says Barry Coad, owner of Jingalla Wines, one of the region’s pioneer grape growers. “It’s probably due to the fact that we started quietly and from a real grassroots level. In the seventies, farmers like us were just keen to diversify.”

“We haven’t had the same level of investment,” says his wife, Shelley. “Look at Margaret River. It was started by people like the Cullens and the Killerbys. There’s big money in in those wineries, with their huge edifices and manmade lakes out the front. Name one here that’s quite the same. Well, there isn’t one.” “The Porongurups have got great wines, great accommodation, great walks and that sort of thing, but it doesn’t have the same diversity that Margaret River has,” says Barry. “The problem is that someone coming into a business – say, a brewery or a chocolate factory – would have to outlay somewhere between half a million and one million dollars. That’s big for a cottage industry.”

Luckily, some enterprising young primary producers have taken on the challenge. There’s 38-year-old Dave Fedec, who recently moved to the region to run the Dorper Stud Park with his parents Richard and Loxley. Dave has big plans for growing the family’s flock of 200 dorper sheep and increasing production of the farm’s unique brand of Chester Pass Dorper Lamb, named after the geological feature located just behind their farm.

Creating even more of a buzz was the recent arrival of Scott Clements and Nicole Selesnew, owners of Porongurup Pure, a sheep farm and dairy producing natural yoghurt, labneh, marinated feta and haloumi, which is sold at local farmers markets and Duke’s Vineyard across the road. 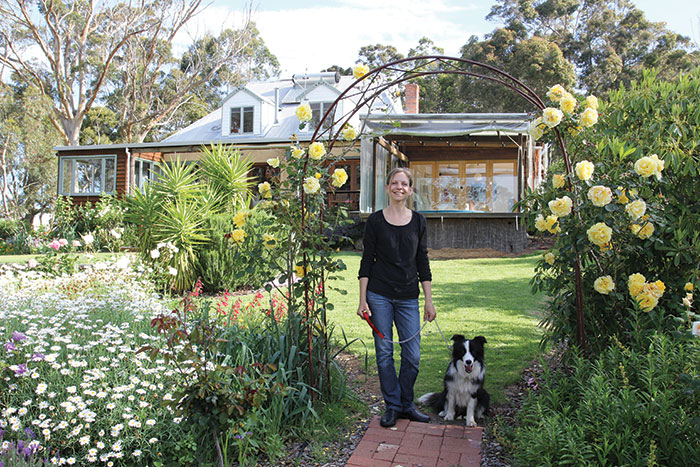 So what inspired them to take the leap? “Stupidity, I think!” laughs Nicole. “We looked at Duke’s Wine next door and thought, ‘Naw, that looks like way too much work’. We obviously didn’t do enough research into how much work this would be. But it’s really good fun – Scott and I love working with the animals.”

The couple has plans to create a range of buffalo milk products later in the year, including mozzarella, bocconcini and even buffalo yoghurt.

Unfortunately, the younger generations are less keen to take up the winemaking reins of their parents. A retired tractor on the property of two of the Porongurups’ long-time residents, Campbell and Annette McGready.

“The Dilettis are the only family that have the second generation coming on to take on the family business,” says Barry. “Our kids – and the kids of most wine families around here – aren’t interested. I guess they’ve seen first-hand how much work it takes. It’ll be fascinating to see how it evolves. Rob’s really in the box seat now.”

Until then, the old guard seem content in their post. Take Ian “Duke” Ranson, owner of the award-winning Duke’s Vineyard with his wife, artist Hilde. “We planted the first vine 16 years ago, and haven’t stopped working since,” says Duke. “It’s been backbreaking work, but just wonderful. When I stretch my back, I look up at the hills here and talk to my best friend, my dog Cindy. It’s a good life.”

FOOD & WINE EVENTS
Porongurup Wine Festival
Now in its 28th year, this annual festival draws more than 2000 people. This year’s festivities take place on the sunny lawns of Ironwood Estate Wines, overlooking the Stirling Range. Along with wines from all 10 of the region’s wine producers, the event will feature live music, market and food stalls, and a bouncy castle for the kids. The Great Grape Stomp competition remains a highlight of the day.
March 1, ironwoodestatewines.com.au.

Porongurup Markets
Set on the lawns of the Porongurup Village Inn, Shop and Tearooms, this farmers market is an opportunity for both locals and tourists to mingle and browse the 40 stalls packed with locally grown produce, including avocados, olives and sheep cheese. 10am-1pm, March 1, Apr 5 and Sep 27, porongurupinn.com.au.

WHERE TO STAY
With so much on offer, choosing where to stay can be tricky. Here is a handful of our favourites.
ED’s Pick
Manyat Peak Cottages and Gallery
Two cosy, self-contained two-bedroom cottages offer striking views to majestic Manyat Peak. Small touches, like fresh eggs from the resident hens and just-baked bread, add to its distinct charm. manyatpeakcottages.com.

Bolganup Homestead
These quaint, family-friendly cottages are run by the fifth-generation Faulkner family, some of Porongurup’s original European settlers.  bolganup.com.au.

Cloud Nine Spa Chalets
This is as popular for its secluded location as for its hot-tub chalet. There’s no better seat in the Porongurups to take in the view. cloudninespachalets.com.au.

Jilba Cottage
Located on the quiet southern slopes of the Porongurups, this large, two-bedroom house overlooks a working avocado and olive farm and the Albany coast beyond. jilba.com.au.

Karribank Country Retreat
Built in the early 1900s as a dairy and fruit farm, this charming accommodation comprises a variety of unique ensuite rooms and cottages set in lush gardens. karribank.com.au.

Maleeya’s Spa Studio
This private studio includes a spa and sauna overlooking the Porongurups and a resident herd of furry highlanders. Visit on weekends to enjoy the property’s award-winning Thai restaurant. maleeya.com.au.

The Sleeping Lady Private Retreat
The region’s most sought-after accommodation is nestled between an orchard and a vineyard, and boasts sweeping views north to the Stirling Range. thesleepinglady.com.au.

Thorn’s Mountain Retreats
These two charming cottages are set on Millinup Estate Wines’ 160-acre property. We’re willing to bet that its mountaintop cricket pitch is one of the most picturesque in the world. thornsmountainretreats.com.au.

Renowned international wine website JamesSuckling.com has reviewed West Australian Rieslings finding ten of the best are from the Great Southern cementing the region’s reputation for producing outstanding Riesling. Leading wine commentator and contributor to JamesSuckling.com Nick Stock, emphasised: “The region can deliver on a huge range of varietals and wine styles – there’s such an […]

The Real Review is a national alliance that reviews around 10,000 wines from Australia and New Zealand per year and showcases the results online. They also produce a Top Wineries Of Australia list, awarding certificates to a select group of wineries that consistently produce quality wine. The 2020 list includes 415 Australian wineries. Ten of […]